You might want to think twice before sending a text to someone you know is driving and likely to read it immediately.

You might want to think twice before sending a text to someone you know is driving and likely to read it immediately. By Steven C. Lanza

The Louisiana Legislature has enacted several laws that place restrictions on drivers while operating a motor vehicle on a public road or highway in our state. Many of these laws are familiar, such as the requirement that all passengers in a vehicle wear seat belts, the prohibition against drinking alcoholic beverages while driving and the ban on open containers of alcoholic beverages in a motor vehicle that is being operated on a public road.

However, some of the laws that govern our activities while driving are not as well known. For example, Louisiana has adopted laws that make it illegal for a driver to wear headphones or other listening devices that cover, or are inserted into, both ears. Another law makes it illegal to smoke cigarettes, pipes or cigars in a motor vehicle when a child under the age of 13 is a passenger in that vehicle, regardless of whether the windows are rolled down. 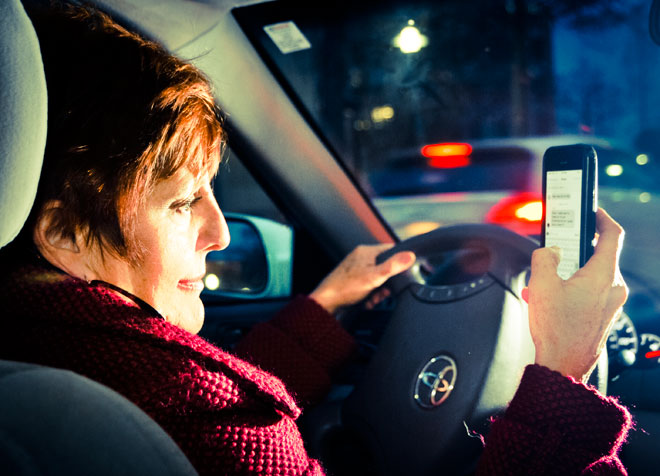 One recent set of driver safety laws adopted in Louisiana was prompted by the rampant use of wireless telecommunication devices while driving. It is now illegal in Louisiana for drivers under the age of 18 to engage in any cell phone call while operating a motor vehicle on a public road or highway unless the call is made for the purpose of reporting a traffic accident or criminal act, or in a situation where the person's personal safety is in jeopardy.

Additionally, it is illegal for all drivers (regardless of age) to write, send or read a "text-based communication," or to access, read or post to a "social networking site" while operating a motor vehicle on a public road or highway. The law provides for certain exceptions that allow such text-based communications in order to report illegal activity or to summon medical or emergency help.

According to information published by the National Highway Traffic Safety Administration, engaging in visual-manual tasks (such as reaching for a cell phone, dialing and texting) while driving increases the risk of getting into a crash by a whopping 300 percent. It is estimated that 25 percent of teen drivers respond to text messages once or more every time they drive. Studies confirm that sending or receiving and reading a text message takes a driver's eyes away from the road for an average of 4.6 seconds. For a vehicle traveling at 55 miles per hour, that means the driver has been visually distracted by the text message for a distance of more than the length of a football field.

Given these statistics, it is no surprise that states across the country are adopting laws to address the risks of distracted driving. At least 41 states have banned texting while driving. Courts across America have ruled on cases where injuries were caused by drivers distracted through cell phone use or by texting. However, one recent court case in particular has caught the attention of lawyers across the country, including this one.

In a 2013 ruling by the Superior Court of New Jersey, we have what might be the first appellate court case in the country to have substantively addressed the issue of the potential liability of a remote texter whose text message caused the driver to be distracted immediately before a vehicular accident.

In its opinion, the court held that a person who is texting from a location remote from the driver of the vehicle can potentially be held liable to persons injured in a vehicular accident because the driver was distracted by the remote texter's messages, but only if the remote texter "knew or had special reason to know that the recipient would view the text while driving and thus be distracted." The ruling further found that if the sender of a text message knows that the recipient is both driving and will read the text immediately, then the sender has knowingly engaged in distracting conduct for which it is not unfair to also hold the sender responsible for the distraction.

The court's message to all of us was articulated in its ruling: "Just as the public has learned the dangers of drinking and driving through enhanced criminal penalties and civil liability, the hazards of texting when on the road, or to someone who is on the road, may become part of the public consciousness when the liability of those involved matches the seriousness of the harm."

Although it is unknown whether Louisiana courts will one day adopt the legal reasoning of the recent New Jersey case, it is clear that the distractions of our digital age should cause all of us to reconsider the safety of our own conduct - not only while driving, but also when directed to those who are driving.

Steven C. Lanza is an attorney with the Onebane Law Firm in Lafayette. His practice focuses on business law and commercial litigation, including matters involving noncompetition and nonsolicitation agreements.