Kerry Bertrand's charge was upgraded Tuesday by an Acadia Parish grand jury from manslaughter to second-degree murder for his alleged role in the drowning death of his stepdaughter, Skylar Credeur.

Kerry Wayne Bertrand's Aug. 21 mugshot bearing what appears to be fingernail scratches on the right side of his face.

Kerry Bertrand's charge was upgraded Tuesday by an Acadia Parish grand jury from manslaughter to second-degree murder for his alleged killing of his stepdaughter, Skylar Credeur. 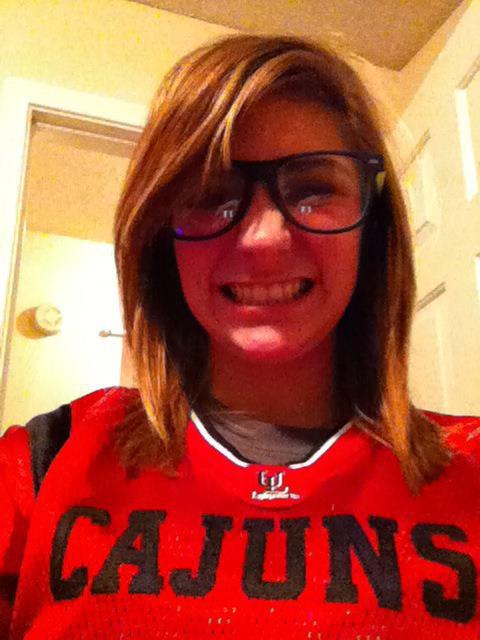 Bertrand has been the sole suspect in his 20-year-old stepdaughter's death and has been held in the Acadia Parish Jail since Aug. 21, when he was found hiding in the attic of the family's home on the outskirts of Rayne; moments after Credeur was discovered downstairs, drowned in the family's bathtub.

Because she was found with her laptop floating above her body in the bathtub, law enforcement officials originally treated Credeur's death as accidental or a possible suicide, family members tell The IND. That was before family members found Bertrand hiding in the attic of the family's home, a discovery that happened as Acadia Parish Sheriff's detectives and deputies were leaving the scene. According to our sources, it was Credeur's fingernails that were submitted to the crime lab, which was prompted by the scratch marks seen on Bertrand's face as he was removed from the attic by the two deputies who had remained on scene that day.

Bertrand was instead held on a variety of other charges, including six counts of violating protective orders and one count of molestation. Though the crime lab's report remains pending, Harson's office went ahead and filed a bill of information on Dec. 2 charging Bertrand with manslaughter. That charge, according to the DA's Office, was filed as a "placeholder" to keep Bertrand behind bars. The failure by the DA's office to file a bill of information officially charging Bertrand with molestation is what allowed for his release on Aug. 12, about a week before Credeur's murder.

With Tuesday's grand jury indictment, Bertrand's charge has now been upgraded to second-degree murder, meaning his sentence range, if convicted, has increased from a maximum of 40 years for manslaughter to life in prison without the benefit of parole.

Click here to read our November cover story, "System Failure," and how Credeur's death could possibly have been prevented if not for a number of mistakes and miscommunication committed by law enforcement officials, notably the DA's office.