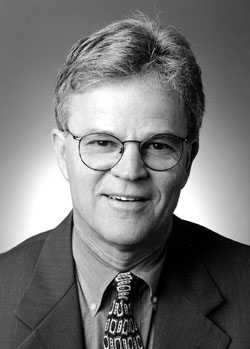 When Secretary of State Fox McKeithen fell in his home on Feb. 17 and cracked two vertebrae and suffered spinal cord damage, it was a horrific blow for an indestructible politician. McKeithen has been running for office and winning elections since 1983 when he was welcomed to the Louisiana Legislature at age 37. He has been elected statewide five times and weathered vigorous challenges to gain and retain his current position in 1987 and 1991. No foe has prepared Fox for a fight of this magnitude, as he recovers in a Baton Rouge hospital.

McKeithen's injury also continues a strange thread of trials and tribulations that has followed the key figures involved in the 1987 governor's race in Louisiana.

The 58-year-old Republican from Columbia was only 17 when his father, John Julian McKeithen, became governor in 1964. By 1987, the former governor was encouraging his son to run for the state's highest office as a first-term state House member. Big John was so demonstrative that he forced Russell Long out of the race by intimating that the retired senator would be peppered with questions about the origins of his family's oil wealth.

At qualifying time in the summer of '87, Fox opted to seek the Secretary of State's opening created by the departure of fellow gubernatorial hopeful Jim Brown. The governor's race that year was a watershed event in Louisiana politics: the best and brightest of a generation conspired to unseat the Cajun Prince.

The election was decided on primary night, Oct. 24. Congressman Buddy Roemer collected 33 percent of the votes and won the governor's prize when runner-up Edwin Edwards withdrew in the early morning hours at New Orleans' Monteleone hotel.

EWE was the second place finisher in '87 with 28 percent of the votes. He regained the office four years later, but at 77, he is serving time in federal prison for criminal acts committed in his final term. Unless he receives a presidential pardon or his sentence is reversed, Edwards will be nearly 84 years old when he leaves the gates of the federal lock-up at Oakdale.

The third place finisher was Congressman Bob Livingston. The Metairie Republican garnered 19 percent support and returned to the U.S. House where he rose to the position of Appropriations Committee chairman. But Livingston was forced to resign from the House in disgrace on Dec. 19, 1998, when pornographer Larry Flynt outed him as a serial adulterer. The resignation came days before Livingston was to ascend to the perch of Speaker of the House.

In fourth place in the '87 gubernatorial field was Congressman Billy Tauzin, who became the major force on broadcast issues on Capitol Hill. Tauzin never forgave Edwards for purportedly reneging on a promise not to run that year. The Chackbay Democrat received 10 percent of the votes and went back to Congress, eventually changing his party affiliation to the GOP. Tauzin has battled a rare form of cancer and recently drew criticism for accepting a multi-million dollar lobbying job with the pharmaceutical industry.

Just behind Tauzin in fifth place was Jim Brown with 9 percent of the votes. Brown would be elected statewide three more times as insurance commissioner. Two years ago, he served six months in prison after being convicted of lying to an FBI agent during the Edwards investigation. (The 64-year-old Brown retains the survival instincts of a successful politician ' he writes and talks to audiences about his trial, conviction and comeback.)

The winning campaign in '87 was tagged as the Roemer Revolution. The victor talked of "slaying the dragon." For a brief, shining moment, it appeared a new day had arrived. "We're gonna make the world stop laughing at Louisiana and begin listening," Roemer promised in his north Louisiana twang after Edwards endured his only defeat at the polls. At 44, Roemer seemed on a par with his Arkansas counterpart, Bill Clinton.

But the man from Bossier City saw his second marriage crumble during his term and was sent packing from the mansion four years later. He never won another race. (Roemer received a ticket to political oblivion when David Duke nudged him out of a runoff in 1991.) A year later, Clinton was elected president and Roemer was teaching at Harvard.

The goal of beating Edwards was completed, but not one of the major players has remained unscathed in its wake.

Jim Engster is the general manager of WRKF 89.3 FM. He hosts The Jim Engster Show, which airs weekdays at 9 a.m.