There are only three more days until the 2013 R + L Carriers New Orleans Bowl, and Louisiana's Ragin' Cajuns boarded the buses Tuesday after a spirited send off from fans. Click here to view the full album of photos from the event.

Upon arrival to the team hotel in New Orleans, head coach Mark Hudspeth was presented the co-championship trophy by Sun Belt Conference commissioner Karl Benson. In the home finale against ULM Nov. 30, the Ragin' Cajuns tied with Arkansas State as Sun Belt Conference champions with a conference season record of 5-2 (2005 was the last year the Cajuns claimed the title). 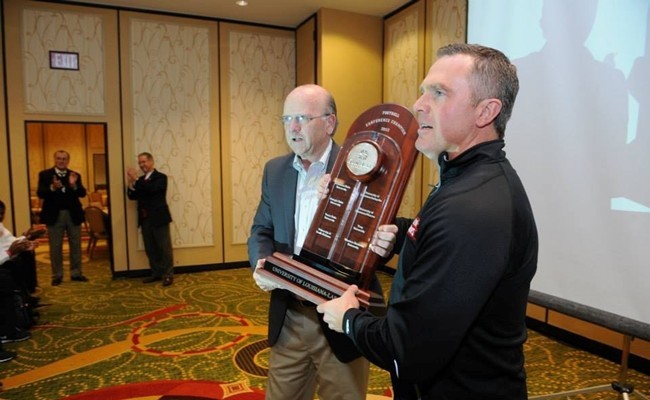 The Cajuns hold their first practice today, Dec. 18, in the Mercedes-Benz Superdome.

Kickoff for Saturday's game against Tulane is 8 p.m. The game will be televised nationally on ESPN. For a complete listing of New Orleans Bowl events and ticket availability, visit the official Ragin' Cajuns athletics website.

Look for updates on theind.com of coverage from events leading up to and during the game - from well-dressed fans, celebrations and game highlights, you'll find it all right here.