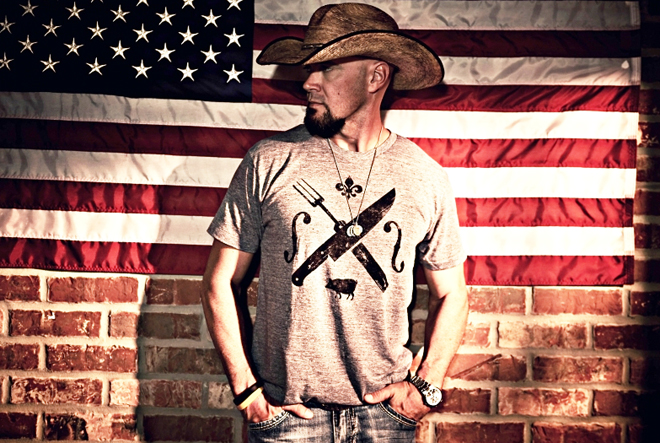 It's fitting that when Jaryd Lane played the Bayou Country Super Fest, it was only in the parking lot. Lane doesn't fit into the pre-cut slot of a country megastar. Sure, he's got the look, the voice, a great sound. But Lane has something they don't: deep, rich lived-in songs that he actually wrote. True, they have the millions of fans, of dollars, of records sold and he doesn't yet.

But that's alright with Lane, who released 78, his fifth full-length album, on Dec. 17.  "I really have no desire to be a famous superstar. I sort of like being the underground underdog," says Lane.

His aversion to fame wasn't always the case. In fact, Lane - actually Kaplan native Jaryd Lane Hargrave - was so anxious to head to Nashville he switched to general studies to graduate faster. It worked. Almost.

In 2008, Lane cut four songs with Tracy Lawrence's Rocky Comfort Records. But, his backers parted with the label before anything materialized.

"Through the process, I got to write with a lot of great writers and meet some wonderful folks," says Lane. "Just being able to be around Tracy and (his) musical peers was like Music 101. Just to see how national artists run things was a great experience."

Though he shakes off a quest for stardom, it's not hard to peg Lane as a viable contender to stand behind an award show podium. Still, he's happy where he is even if labels don't quite get him.

"I think the biggest struggle over the years is for people/industry to get what we do. We aren't you're straight up country or your pop country so we've always sort of been the outcasts."

For now, Lane is Acadiana's premier cowboy troubadour, scuffing the stages of local venues instead of the red carpet, award shows or sold out headliner spots of his own. For now, he doesn't have a record burning up the charts and resetting the tone of country music. For now, he's playing parking lots and mud truck events.