For many fans, it was their third consecutive year participating in French Quarter parade.

"We're Back" was the theme of Thursday night's parade in New Orleans' French Quarter, the kickoff to a fun-filled weekend that culminates Saturday night with UL's third-straight appearance in the R+L Carriers New Orleans Bowl. The Cajuns take on Tulane at 8 p.m. 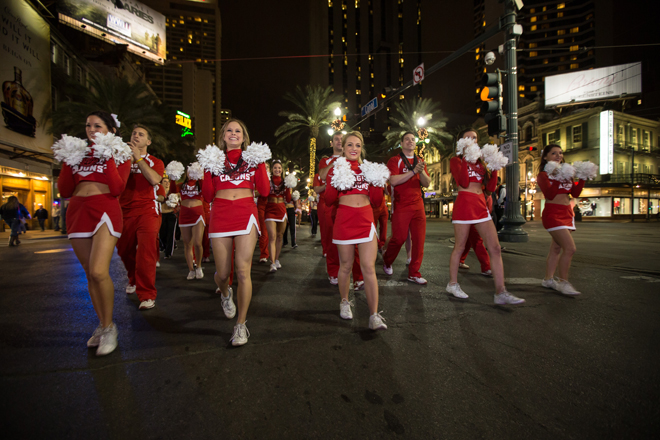 In the meantime, however, it's all about the preparation, the fan preparation - and photographer Jay Faugot was there Thursday as UL diehards marched down Bourbon Street, led by the Pride of Acadiana marching band.

IND staffers and freelancers will join Faugot today to continue our bowl coverage. Check back to theind.com for full coverage of the events and game. 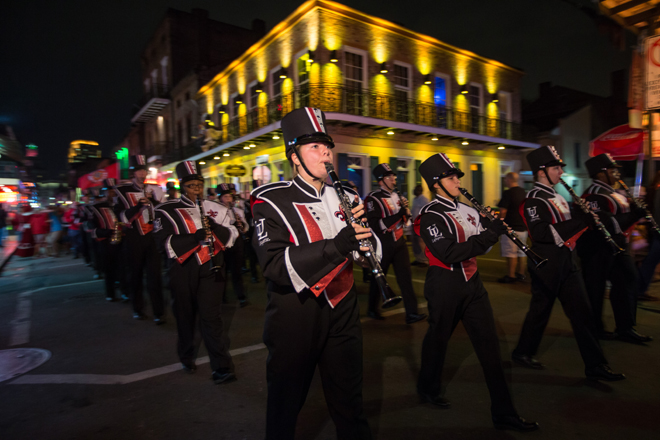 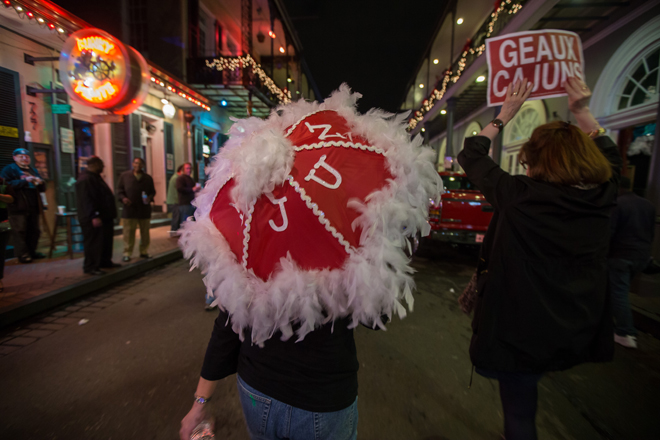 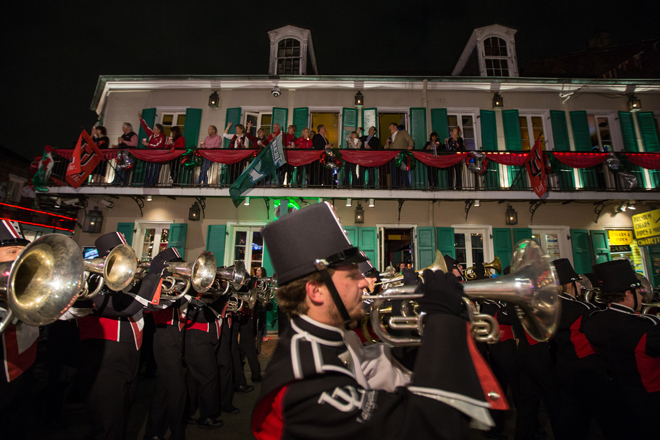 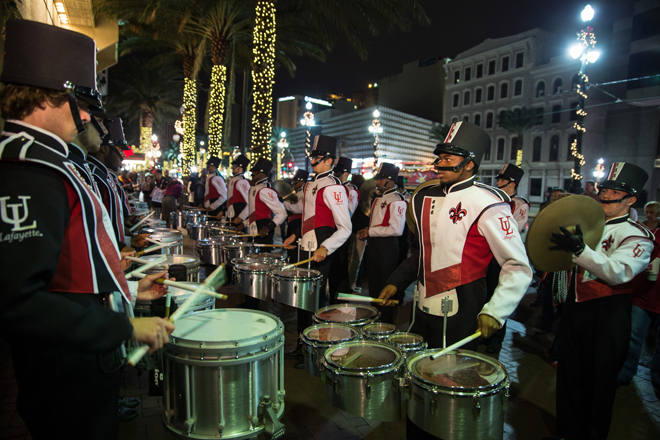 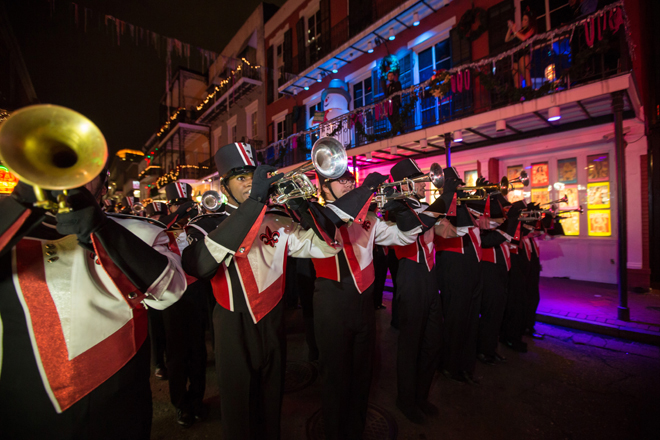 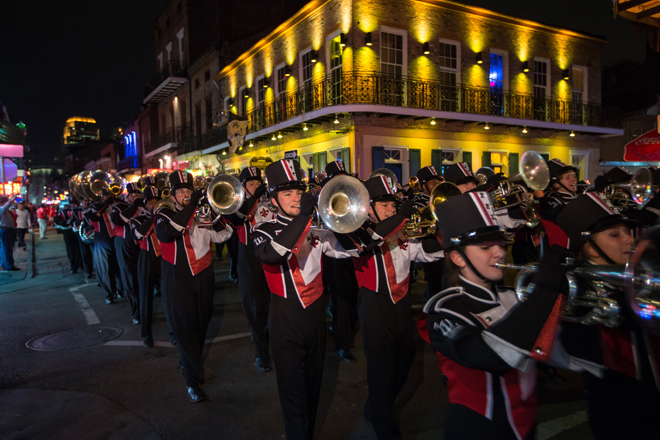 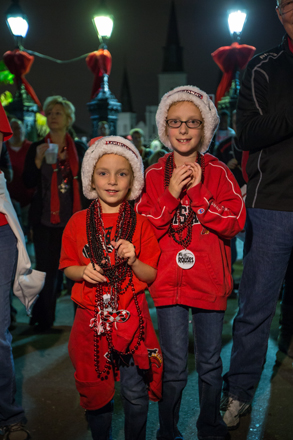