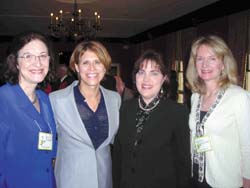 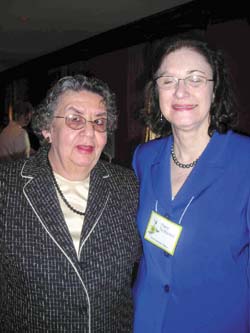 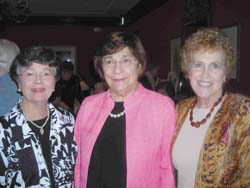 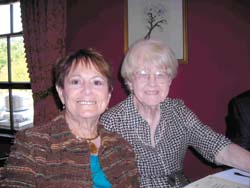 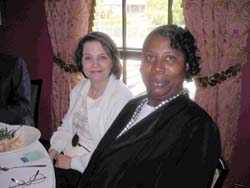 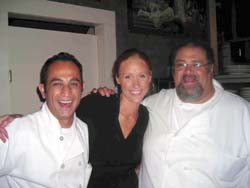 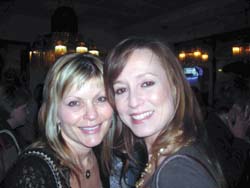 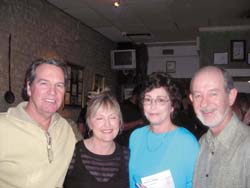 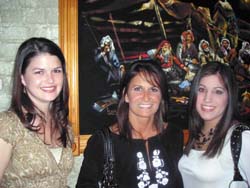 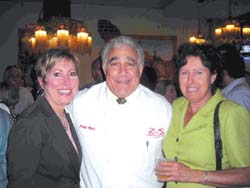 One of Party Girl's favorite things about springtime is the great weather, because everybody knows great weather means plenty of outings. The Lafayette Public Library Foundation held its annual Awards Luncheon on April 18, at the Townhouse Restaurant. Each year the Library Foundation gives awards to people or organizations that have helped the library in various ways. This year the Library Foundation presented the Major Donor Award to Suzan and Raymond Allen; the President's Award was given to Dr. Wes Cady; and the Foundation Award was presented to the Performing Arts Society of Acadiana. All proceeds from the luncheon went to the Library Foundation to help make a "good library great." During the luncheon, Party Girl met several guests that were dressed in their Sunday best, including Joey and Lynn Durel, Marci Lecky, Isaac Jones Jr., Gail Smith, Van Auld, Dorothy Stevens, Pam Stroup, Joan Wingate, Susan Hamilton, Carolyn Fontenot, Leo Richard and Paulette Landry. Aside from the beautiful speech made by Mary Neiheisel about her friend and award recipient, Dr Wes Cady, the other highlight of the evening was the friendly competition from the crowd for door prizes. Fine food and good friends rounded out the luncheon. Being part of a worthy cause is inspiring, and meeting the people behind this organization was even more inspiring.

Let the competition begin! Lafayette's own Iron Chef event was held at Zeus Downtown on the evening of Wednesday, April 18. The TV show Iron Chef is more of a sporting event than it is a cooking show. Lafayette's version of Iron Chef was both! Nidal Balbeisi, owner of Zeus downtown arranged two skillful opponents, Chef Happy and Judge Haik, to engage in a duel. Everyone who could not attend will be pleased to know their winning concoctions will be served at Agave, located on Vermilion Street downtown. I overheard the Old World Mexico-style restaurant will open at the end of May, and I can't wait! Party Girl was asked to sample and critique its traditional Mexican cuisine and selection of a dozen kinds of margaritas. (Tough work, I know, but someone's gotta do it.) I wasn't the only critic in the room and every critic around me agreed that it was nearly impossible to name which flavor of margaritas was the best. But my favorite appetizer and entrée were the ceviche delmar and the portobello Vera Cruz. With an incredible turnout that night, I'm sure Nidal's new place is going to be the talk of downtown Lafayette.