Troy and Kara Primeaux have turned a love of peppers into a spicy ingredient in Acadiana's slow-food revolution. 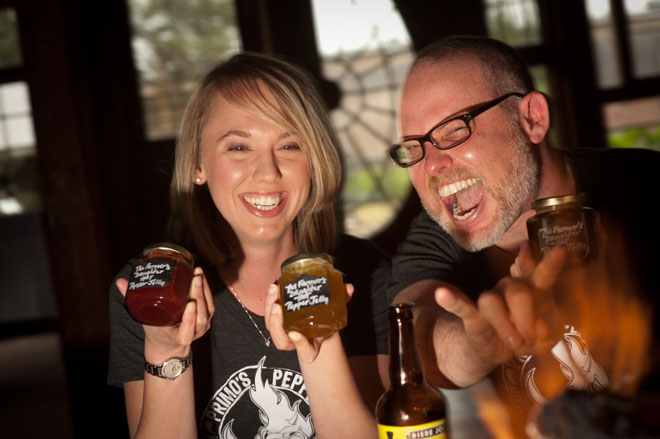 Peppers are an important part of Acadiana's culture. A flaming red pepper is the official mascot of UL Lafayette; there is a cultivar of pepper called the Cajun Belle - undoubtedly named because of how well peppers grow in the sub-tropical climate of South Louisiana; and peppers spice up signature Cajun dishes like étouffées, gumbos and jambalayas. The 22 parishes of Acadiana boast more than 30 brands of Cajun seasoning spice mixes. And Tabasco pepper sauce - and the seed stock used to make it - originates in Avery Island.

So it is no surprise that unique, locally grown peppers have secured a strong place in the farm-to-table movement of South Louisiana.

"The peppers that we use in our products are rare and can't be found in stores," says Troy Primeaux, owner and grower at Primo's Peppers. "We are definitely filling a niche. All our peppers are grown organically and free of pesticides and because they aren't shipped across the country, they are way more nutritious. We've been believers in the slow-food movement for a long time; long before I was ever growing peppers."

Troy, known by most as Primo, is a musician, a music producer and a full-time ecologist with a degree in sustainable agriculture. He started growing peppers more than 10 years ago and now successfully grows 70-plus varieties. Among his favorites are Aji Colorado, Naga Morich, D'Arbol, Pinguita De Mono, the Antilles Caribean Red and his proprietary pepper, 7 Pot Primo. The 7 Pot Primo varietal, born when Primo crossed two exceptionally hot species of peppers, measures just under 1.5 million on the Scoville heat unit scale (for reference, jalapeños measure 3,500 to 8,000 SHUs). The high heat content makes the pepper competitive with the hottest peppers in the world, a Guinness Book of World Records title that Primo plans on claiming as his own. 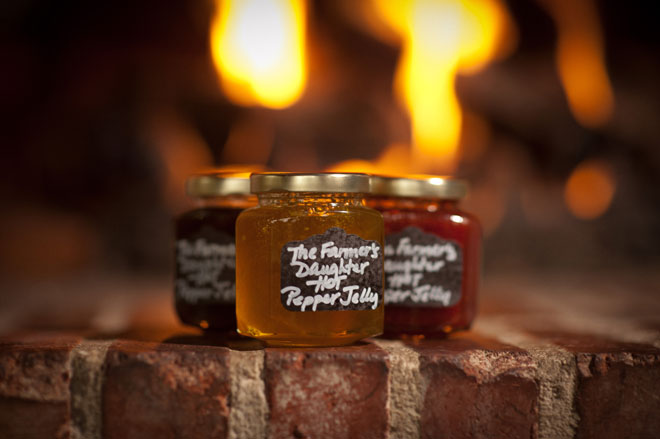 "Dave Dewitt aka The Pope of Peppers' is currently growing my 7 Pot Primo pepper in New Mexico for research/pungency testing," says Primo. "[Dave's] test results show that my pepper is outperforming all the other varieties. UL has previously expressed interest in having me develop an official UL pepper based on my 7 Pot Primo. The game plan is to beat the current world record, and release a Ragin Cajun' pepper."

Primo and his wife, Kara Farmer-Primeaux, have developed a unique business partnership that embodies the interconnectivity of the slow foods movement as a whole: Troy grows the peppers and Kara uses them in her line of products, The Farmer's Daughter Pepper Jellies.

"Primo was growing all sorts of exotic, hot peppers and would harvest large bowls of them at a time," says Kara. "I had no idea what to do with them. You can't eat them as fast as the plants can produce them. I decided that I would start experimenting with various flavor combinations that showcase the pepper and compliment the fruit rather than the other way around."

Kara, a full-time research associate at UL, learned to can figs, mirlitons and other produce from her grandmother and started making jellies when Primo began producing enough peppers to pair them with locally grown figs and strawberries to make her Farmer's Daughter Blonde, Rouge and Brun jellies. After her products became wildly popular among friends, Kara and Primo began marketing their goods to chefs at restaurants, special events like Acadiana Food Day, Jolie's Louisiana Bistro's Sunday Brunch and Market and on the Internet.

"Troy's locally grown peppers are above and beyond any mass produced peppers in quality and taste," says Waters. "This is an important factor as a chef - finding the best quality product while keeping it local, which in turn helps the community, as well as introduces people to new fresh products such as Kara's Farmer's Daughters blonde pepper jelly. Her product had made its way onto our menu, complementing our foie gras PB&J dish. As soon as I tried it, I knew that was the one and luckily so do the customers - it's become a huge hit."

Tyler F. Thigpen is a wetland ecologist and past president of Acadiana Food Circle (www.AcadianaFoodCircle.org), a community-based nonprofit that connects local food producers to consumers.