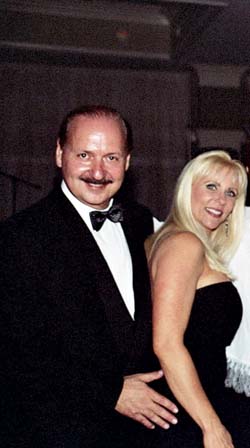 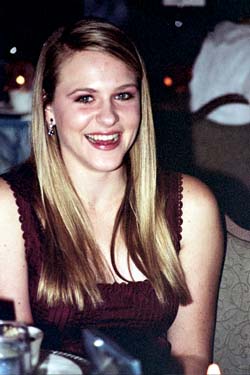 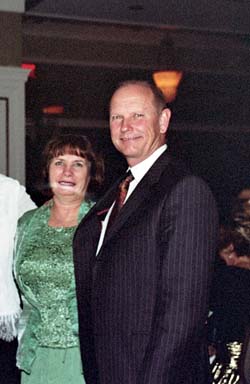 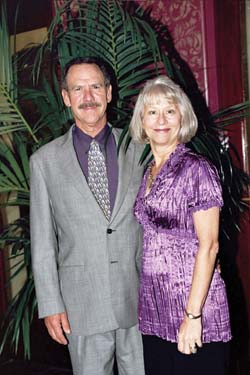 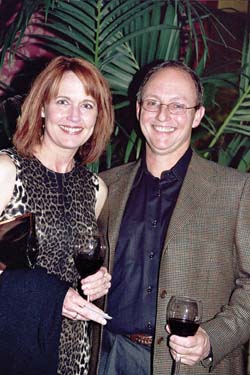 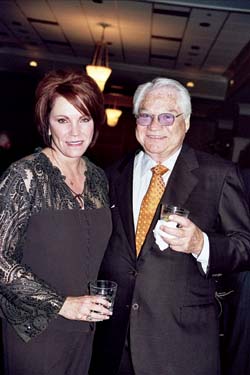 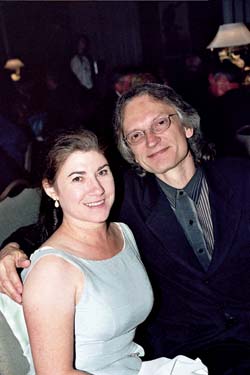 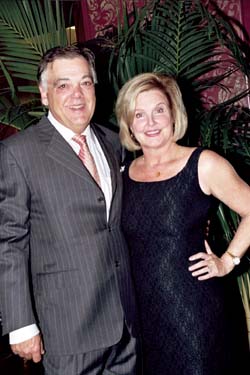 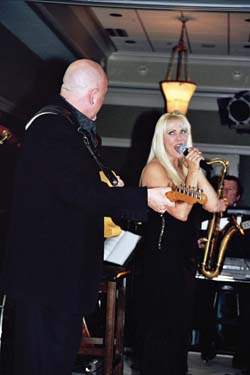 You knew when you walked into the party that it was going to be a very special night. The Silver Oak Cabernet was flowing (Party Girl's favorite) from a full service bar, and host Glenn Armentor was working the room, wearing his finest formal attire. The occasion? His wife Dana's big four-oh (yes, she's a fabulous 40), but the honoree was nowhere in sight. As they arrived, guests were given seating cards and soon escorted into the City Club's Evangeline Room, where the tables were elegantly set and arranged, supper club style, around an intimate dance floor and bandstand. White-gloved waiters attended to every detail under the watchful eyes of proprietors Jack and Micki Ainsworth (it was a spectacular meal!), and when the spotlight swept across the crowd to the stage, there was Dana in a flowing black chiffon pantsuit perched on a stool in front of the band, microphone in hand. In a brief opening monologue, she invited the room full of friends to join her dream-come-true: her debut as a chanteuse. Guitarist Walter Jr. and combo struck up the first tune and for the next 45 minutes Dana and the four-piece band worked seamlessly through a set of original music. With impeccable timing, dessert was served after the last song; every guest received a complimentary CD of the evening's repertoire, each presented on a tiny Lucite stand illuminated by a single candle tucked into a flourless chocolate banana cake with caramel mousse and fudge sauce. Dana took her bows and joined her family at the table to relax and enjoy the night of her life.

Among the 150 guests were Megan Barra (who designed the CD package) and Sonny Landreth, Margaret Daniel (Dana's voice coach of the past 10 months), Frank Camalo and Peggy Connick, Wayne and Connie Elmore, Connie Galloway and Frankie and Shareen Harris. Party Girl remembers the incredible costume bash Dana threw for her 30th birthday and now the supper club theme to commemorate this decade. Who knows what she'll come up with for her 50th? Party Girl just hopes she's still on the guest list for the occasion! And, by the way, look for her new CD, titled Dana Glenn: The Calm Before the Storm, in locations around Acadiana soon. Congratulations, Dana, on an impressive first effort and good luck with your new career.