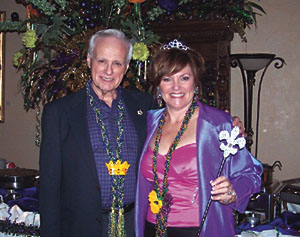 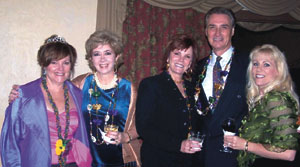 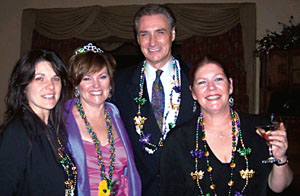 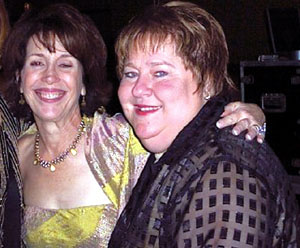 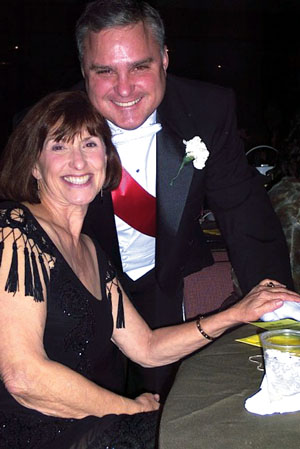 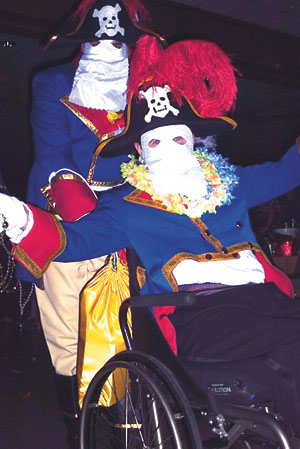 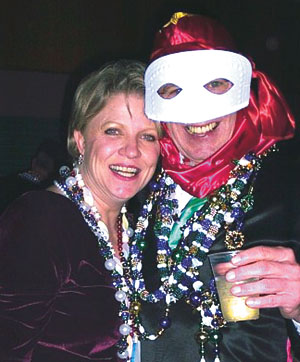 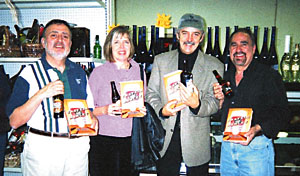 As Twelfth Night kicked off the Mardi Gras season, so did the 12th Night Revelers with karaoke, dancing and beautiful flowers at River Oaks. (A party can never have too many fabulous flower arrangements.) The group has celebrated every 12th night for a fitting 12 years now and annually names next year's royalty before the night ends. King Joe Broussard and Queen Konie Heard really raised the bar this year, and Michel Heard and Vicki Milam will take over the reigns in 2006. Those celebrating included Judy and Robert Wade, David and Gina Calagero, George and Martha Latiolais, Phyllis and Gene Walters and Mo and Charles Trent. Sisters Kasi Comeaux, Queen Konie and Kerry Champagne also hit the karaoke machine for a rendition of "We Are Family" (the girls are three of seven sisters), while Martha, Phyllis, Gina, Konie and Judy demanded some "Respect."

At the Les Brigands de Lafitte Ball at the Frem Boustany Ballroom of the Heymann Center, governors masked as characters from the region, and Ed Preis presided as a most festive Jean Lafitte. The tropical theme produced characters from Jimmy Buffett to RastaMan, and Queen Renee Judice handled the raucous krewe with grace and charm. Among the attendees were Chris Fisher, Susan Strait, Jeanie Simon, Lilly Billeaud, Donna Mellington, Ann Laurent and Sterling LeJeune, Elaine Abel, Mimi Colvin, Missy Ross and Barry and Claire Bohn. And everybody had, well, a ball!

The Krewe of Brew, aka Marcello's Brewmasters Club, had a ball at Ken Wells' Travels with Barley booksigning and beer tasting recently. The Wall Street Journal's Wells, a native of Bayou Black, traveled the country to answer the question, "Where's the perfect beer joint?" Attendees of the signing got answers to that question and more, in addition to a chance to visit with fellow novelist Sharon Arms Doucet. Del Leggett and president of the Brewmasters Club Jim Boudreaux also enjoyed the hops.