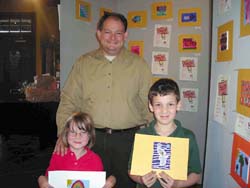 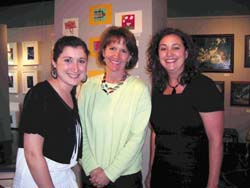 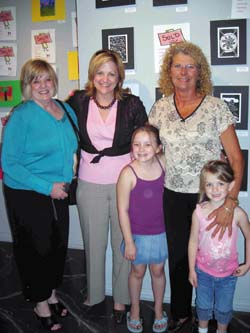 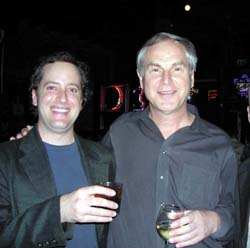 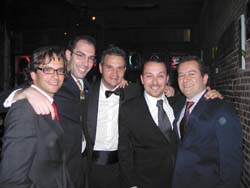 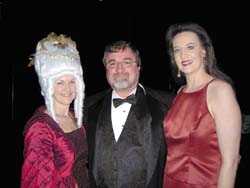 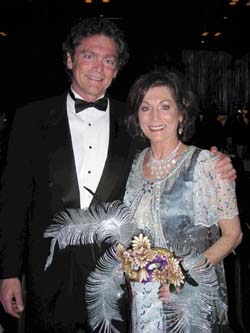 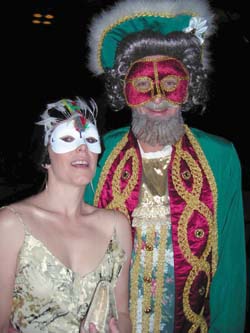 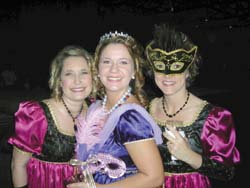 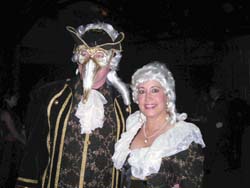 Party Girl's heart was full of joy after attending a recent fund raiser to benefit The Healing House. Once a year, The Frame Shop and Gallery 912 in the Oil Center turns over its exhibit space to local teachers who exhibit artwork from various schools. Participating schools this time around included Ascension Day School, Our Lady of Fatima and Cathedral Carmel. More than 140 students expressed their inner artist with each piece they donated. The art was auctioned off at the Art & Soul exhibit on Thursday, March 22, with the reception following that evening. Before heading out to my next event, I was very pleased to witness almost all of the paintings were marked sold. Next time I advise the art-crazed crowd to get there early to place your bid!

Live music is one of my favorite diversions, so my next stop that night was 307 Downtown to see Quinteto de Coimbra. Thanks to the inexhaustible energy and European travel experience of Philippe Gustin, the wonderful Quinteto de Coimbra found its way to Lafayette. Robert Guercio, co-owner of 307 Downtown, was especially psyched up about the gig. "The government needs to be more proactive to generate tourism in Lafayette, specifically downtown," said Guercio. "Tonight is a nice example of how the local government can help." Coimbra, the premier university city of Portugal, is famous for its special brand of Fado, a guitar-driven, melancholy Portuguese music. Led by two wonderfully lyrical singers and framed by two classical guitars, the main attraction of this group may have been the Portuguese guitar, a small-bodied 12-string instrument with magical sound. Even the often-boisterous environment of 307's newly renovated bar quieted to a hush while an enchanted audience felt transported to a mysterious medieval European city.

Mardi Gras 2007 is a memory, but the spirit of the Mardi Gras ball was carried into the first ever fête in honor of Marquis de Lafayette on Saturday, March 24. A masked ball in the spirit of an 18th-century carnival party saw past and present Mardi Gras royalty flaunt it on the catwalk one more time. After a reflective speech by Lafayette City-Parish President Joey Durel, the capacity crowd at the Cajundome Convention Center raised its glasses to toast the bewigged Marquis, visiting dignitaries and regal guests. Party Girl turned greenish with envy at the sight of some incredible costumes, masks and hair-dos. Thankfully I could blow off some steam dancing to the sounds of the First Class Band!