Karma Nightclub & Lounge is now but a remnant of the sometimes sordid, sideways history of downtown Lafayette revitalization.

[Update: As KATC reported, Karma was also the subject of a lawsuit by the property's landlord, Canuck Real Estate, seeking more than $186,000 in past-due and future rent payments for the term of the lease. That suit was filed in late December.]

It's over. Karma Nightclub & Lounge is now but a remnant of the sometimes sordid, sideways history of downtown Lafayette revitalization. The Jefferson Street mega bar, capacity greater than the town of Arnaudville and long the bane of many in the downtown community, has closed its doors.

We noticed a sign on the building early Wednesday afternoon, and Jean Ouellet, attorney for the Karma owners' group, confirmed the closure in an email soon after: "Karma is no longer operating," Ouellet replied. "The ownership group simply decided to close down the business considering the environment downtown and the related issues." 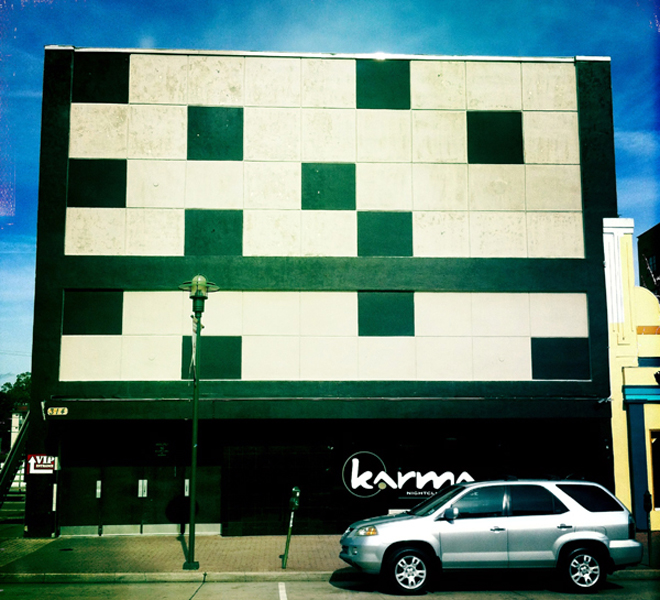 The related issues referenced by the attorney include most notably security and crime. With a capacity at about 1,200, the club actually generated fewer per-patron police calls than many other bars downtown, but Karma had more violent crime complaints than the other clubs in the district, most of which have much smaller capacity.

The club was the subject of a special hearing in September in Lafayette by the state office of Alcohol and Tobacco Control at which several downtown business owners and residents urged ATC Commissioner Troy Hebert to yank Karma's liquor license - call that the "environment" attorney Ouellet cites in his email. The club cut a deal with the state in October, agreeing to several measures including beefing up security, but an alleged stabbing inside the bar followed barely a week later, and the club was one of several bagged in an undercover operation in November, cited for four violations including alcohol sales to minors.

An undercurrent in the Karma saga last fall was race. The club had a hip-hop theme and catered almost exclusively to a young, black crowd. Ouellet and other defenders of the club suggested that race - a mostly white downtown community uneasy with 1,000 young, dark-skinned urbanites descending on Jefferson street and environs three nights a week - was a component of the push to close the club.

Read more about that here.