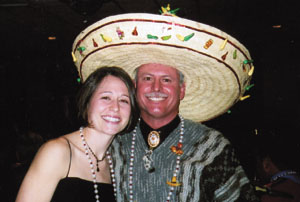 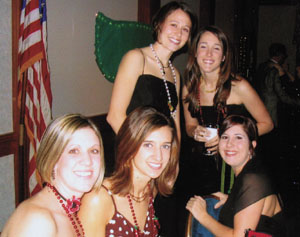 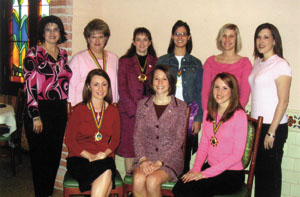 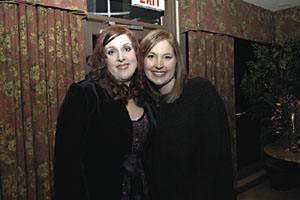 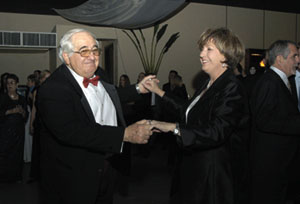 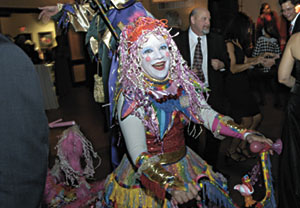 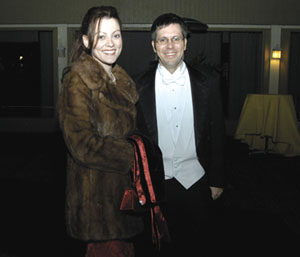 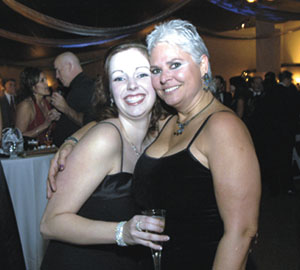 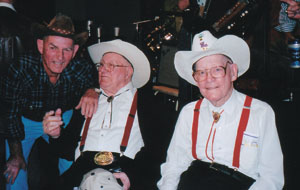 Mardi Gras season is in full swing y'all and just a couple days away. Party Girl's feet are tapping just thinking about catching all those beads and dancing to all that great music. It's going to be a five-day party, mes amies, so get ready!

The Krewe of Olympus kicked off its Mardi Gras season fiesta style, transforming the Hilton Lafayette's grand ballroom into a caliente party. Pinatas, chili peppers, sombreros and margaritas have found their way into almost all of the krewe's functions, with this year's theme being "South of the Border ' Fiesta del Baile." Russell Dailey represented the Krewe as King Ares XVII and Brooke Sheffield reigned as Queen Athena XVII. Their costumes were bead-worthy! The king's tuxedo was white with a crimson train and cape and heavily jeweled. Her majesty was radiant in a strapless white gown embellished with pearls, flowers and beads. Her red velvet train matched the one worn by the king and was fit for, well, a queen. The royal court displayed their nobility, showering guests with beads, trinkets and doubloons in preparation for the Friday night Lafayette Parade.

Also parading recently were mimes, jugglers, stilt walkers and balloon artists at the Chamber of Commerce's Annual Gala. In case you haven't guessed, the circus theme made for lots of clowning around. Even Gov. Kathleen Blanco and Coach managed to sneak a dance to the music of the Tip Tops under the big top.

Giving credit where credit is due, Party Girl owes a nod to legendary Cajun band The Hackberry Ramblers. Dancing may not be what it is today if it weren't for this group of men who introduced electronic amplification to area dancehalls. The Ramblers were honored recently at the Acadian Museum in Erath and inducted into the museum's Order of Living Legends. Of course music and dancing filled the celebration with The Hackberry Ramblers' blend of Cajun and Western swing and country songs. Get ready for some dancing this Mardi Gras-fueled weekend, whether it be at a street dance in Eunice or Mamou, the festival at Cajun Field or Blue Moon Saloon. I'll see y'all on the dancefloor, and don't forget to throw me some beads!