Never one to shun the spotlight, former Gov. Edwin Edwards isn't squelching rumors he might consider another run for Congress, coyly offering no comments while his daughter and wife repeat the speculation on social media.

BATON ROUGE, La. (AP) - Never one to shun the spotlight, former Gov. Edwin Edwards isn't squelching rumors he might consider another run for Congress, coyly offering no comments while his daughter and wife repeat the speculation on social media.

But the 86-year-old, Democratic, four-term former governor has a list of blows against the possibility he could reclaim an elected office: his age, his federal felony conviction, the shifting face of Louisiana politics and the makeup of the U.S. House district in which he lives.

The chatter seems more designed to keep Edwards in the news and in the thick of political discussions, rather than to offer an indication that he really intends to run for anything.

"As long as people are talking about Edwin Edwards and talking about the possibility he'll run for office, it makes him still a player. As soon as that's gone, he's a colorful has-been, which of course he is. Everything else is delusion," said Pearson Cross, head of the Department of Politics, Law and International Relations at the University of Louisiana at Lafayette.

Edwards has managed to keep himself in the news since regaining his freedom in 2011 after nine years of confinement for a corruption conviction, first in federal prison and then in home detention.

He married a woman five decades his junior, fathered another child, starred in a short-lived reality TV show and traveled the state touting his biography and making speeches to seemingly any group that made an offer.

When long-time fans or political allies proposed that he run for office again, Edwards has made sure to leave the door open.

So, the speculation continues, and the charismatic man who spent much of his life in the public eye and dominated Louisiana politics for decades gets to stay relevant for a bit longer.

Edwards won his first office in 1954, elected to the city council in Crowley. He later moved into the Louisiana Legislature and Congress, before serving as governor for 16 years between 1972 and 1996. But an eight-year prison term for a bribery and extortion scheme to rig riverboat casino licenses sidelined any future political plans.

"Edwin was away for a long time, and now having returned in some sense triumphant just for having lived to get out, I think he's enjoying continuing the show. And the longer he can make a splash and be in the headlines for him is some sort of vindication that 'You couldn't make me go away. I'm bigger than that,'" Cross said.

However, few political watchers seem to expect to see Edwards on a ballot in the fall. 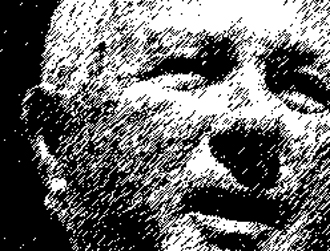 Louisiana's constitution bars him from running for the office Edwards really loved, the governor's office. He can't make a bid for state elected office until 15 years after his sentence completion unless he is pardoned.

Edwards can, according to the Secretary of State's Office, sign up to run for Congress, and that's where the rumors center, on the 6th District congressional seat that will be without an incumbent on the November ballot. U.S. Rep. Bill Cassidy, R-Baton Rouge, is running for the U.S. Senate, leaving his seat up for grabs.

But Edwards had made it known he didn't like his time in Washington, and politics has moved on from his era.

Outside of urban areas, Louisiana is near-solidly Republican. Democratic populism hasn't fared well. The 6th District in particular is considered a strong GOP base.

Democrats themselves are looking for new faces, to show they can be a party of the future for Louisiana, not just a party of nostalgia from the old Edwards days.

Kirstin Alvanitakis, a spokeswoman for the Louisiana Democratic Party, wouldn't say whether party leaders believe Edwards would be a good or viable candidate for Democrats in the upcoming congressional election cycle. She would only say that the former governor hasn't contacted party leaders to discuss running for the 6th District.

Meanwhile, on their Facebook pages, the former governor's wife Trina and his daughter Anna encourage people to vote yes in polls supporting an Edwards bid for office and post links to articles continuing the speculation.