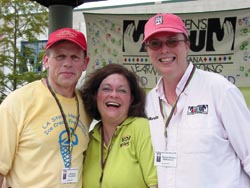 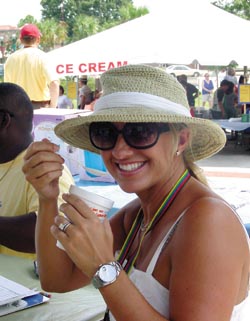 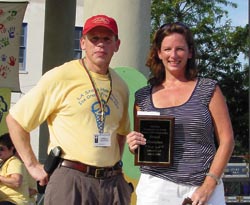 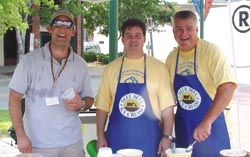 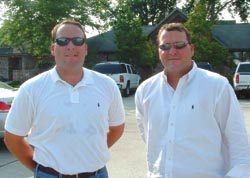 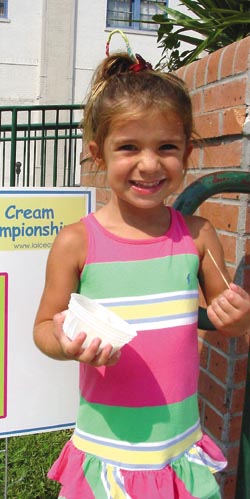 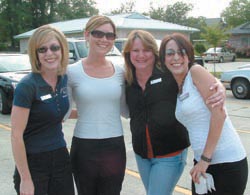 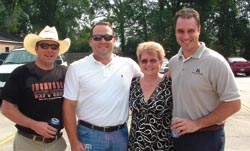 What's the best way to cool off in this July heat? Party Girl advises downing a huge bowl of ice cream, and on July 8 more than 700 people agreed with me. Downtown's first Louisiana Homemade Ice Cream Freeze-Off event in Parc Sans Souci drew quite a crowd and proved that hand-churned ice cream is not a thing of the past. Flavors ran the gamut from vanilla to cinnamon, Thai tea, chocolate raspberry truffle and Tsunami's spicy pineapple habanero, but the favorite of the day was Suzanne Meaux's Old Glory. Meaux won her category of Big Dippers in the plain/fruit division, then went on to be named Grand Champion and People's Choice for her combination of cream cheese, sour cream, blueberries and raspberry sauce. "It was a hit and big success for the Children's Museum of Acadiana," says coordinator Jeff Regan. "Everybody's begging to have it again next year. It could become the biggest ice cream event in the United States."

Also on the cold front, a huge commercial fan cooled down attendants at Andrus & Andrus Law Firm's June 1 customer appreciation party. More than 50 people turned out for boiled crawfish boiled by Cajun Crawfish Express, but after eating the spicy bugs under the hot sun, the fan under the tent was the place to be. Twin brothers Brad and Jade Andrus were great hosts for the day. "It's nice to know you are appreciated," says Van Eaton & Romero client Barbara Rogers. "It was a wonderful day with wonderful people. You couldn't ask for more!"