Lafayette Parish School Board member Hunter Beasley's plan to call a closed-door executive session to discuss the unpaid invoice submitted by the private contractor hired to oversee the selection of the district's third-party group health plan administrator may not be legal.

Lafayette Parish School Board member Hunter Beasley's plan to call a closed-door executive session to discuss the unpaid invoice submitted by the private contractor hired to oversee the selection of the district's third-party group health plan administrator may not be legal.

Beasley, according to a report Wednesday by the Acadiana Advocate, originally intended for the executive session to be held during tonight's meeting, but pulled the item after it was accidentally listed on the agenda as an executive committee discussion, which would not be private.

Beasley tells the Advocate his intention was to discuss the matter privately behind closed doors, so he pulled the item with plans to call the executive session at the board's next meeting in February.

At issue is the $200,000 bill submitted by Rina Tikia of Tikia Consulting Group out of Metairie, which has yet to be paid by the school system after her questionable handling of last year's selection of a health plan administrator - a process the board ultimately scrapped after a growing number of employees, past and present, came out in protest. Read more about that here. 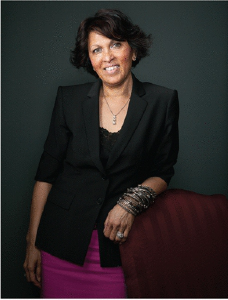 Following the troubles surrounding the board's 2012 selection of a health plan administrator - the last two selection processes have proven problematic - Beasley took it upon himself to find a consultant to handle the process in 2013, ultimately selecting Tikia's firm in June 2013. One major problem with Beasley's selection is that a contract was never signed determining how much she would be paid for her services, which is why it now seems he's hoping to discuss the matter in private.

An executive session is allowable by law when it's called to discuss personnel matters such as professional competence, personal character or health (both physical and mental). Pending litigation is also an acceptable reason for public bodies going behind closed doors, but that requires the reception of a formal written letter of demand.

Tikia is not an employee of the school system, and so far, no letter of demand has been submitted to the school board. So if Beasley wants to discuss Tikia's invoice legally, he'll need to do so in an open meeting, where everyone will hear why Tikia was hired without a contract and understanding of what she'd be paid - and they'll certainly better understand Beasley's head-scratching role in this mess.