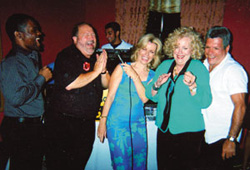 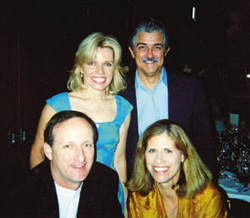 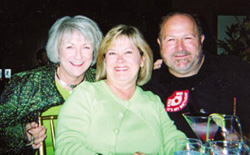 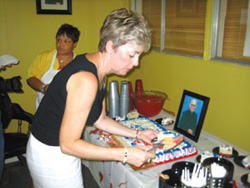 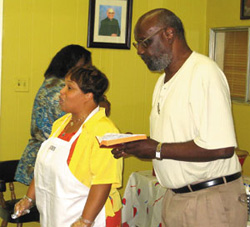 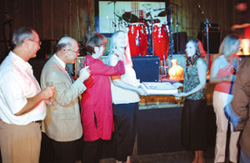 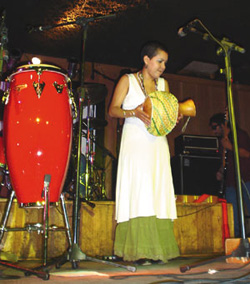 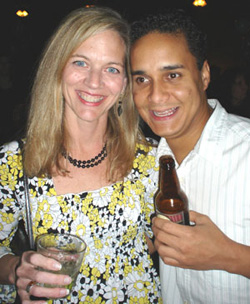 Can y'all believe it's been 20 years since the first Festival International de Louisiane? Twenty years of world music, food, arts and people! Well, this is the year to celebrate, as the festival gears up for the Big 2-0 and a best-of lineup of musicians in April. Festival kicked things off last week at NiteTown, with a musical performance by Mexican/Chicano band Quetzal. The evening began with a champagne toast for Festival V.I.P.s and past presidents and board members, before the band took the stage. Herman Mhire, Judi Gunn, Leah Talbot and Cathy Webre were there to toast the fest. "We're really excited to kick off our 20th anniversary year, here, downtown where it all began," says Executive Director Dana Cañedo. "This is just the beginning of a great celebration of 20 years of hard work, dedication and, of course, the music!" Upcoming events will celebrate the "friends" of the festival, pins and posters. Stay tuned to Party Girl!

Just two years older than Festival International is St. Joseph Diner, which celebrated its 22nd birthday Aug. 12. Hosted by Lafayette Catholic Service Centers, the party included a special blessing from Rev. Thomas James and cake from Keller's, Gambino's and Albertsons. In attendance were Hazelann Yongue, Mary Bergeron and Kim James. St. Joseph Diner feeds the poor and homeless in Acadiana and is always in need of volunteers. They're especially low right now, so y'all call Hazelann to join Party Girl and help out.

I've got one more birthday to tell y'all about; Ted Viator turned 50 on Aug. 19. His friends didn't forget, and Rebecca and Don Landry organized a party in the Magnolia Room at the new Townhouse. (Ted did the landscaping for the restaurant and courtyard.) "It started with a seated dinner that turned into a crazy party," says guest and Townhouse Events Coordinator Phyllis Walters. A karaoke machine helped set the tone, and the Rev. Keith DeRouen was the first to take the floor. Later, Rebecca, Ted and Emmanuel Gumbs and Brother Smith got ahold of the microphone for their rendition of "I'm too Sexy for my Party." The party went on into the wee hours of the morning, with Art and Julie LeBlanc, Taylor and Cheryl Barras, George and Shara Viator, Jimmy and Melissa Bienvenu and Darrelyn and Don Burts helping Ted celebrate.