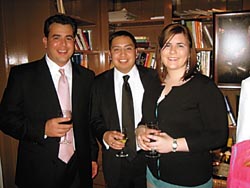 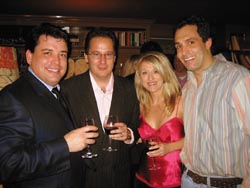 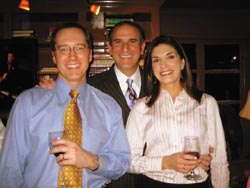 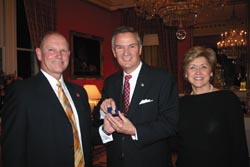 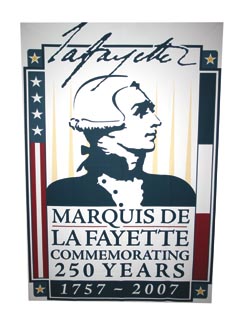 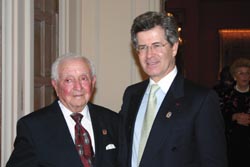 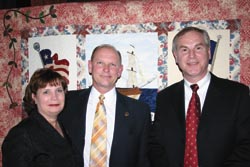 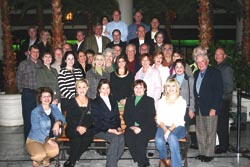 I hope everyone enjoyed the start of Downtown Alive! last Friday. Y'all know that means it's officially spring in Lafayette, even if the calendar doesn't say so yet. That diva Theresa Andersson sure kicked things off for us. But now it's time to think about heading indoors and getting jazzed up for Viva La Cure at the City Club March 23. Benefiting the American Cancer Society, this year's theme is "Viva La Cure Rocks for a Cure," and dress is Las Vegas casual chic. You're in trouble if you waited 'til the last minute for this outfit! But in addition to creative style that evening, there will be seven packages to bid on, gambling and the best in food and wine. The pics from the Viva La Cure Pink Party held in advance at Wally Romero's are only a taste of what's to come!

Seventy locals were in for a treat recently when they traveled to Washington, D.C., for the announcement that Lafayette, among all the U.S. cities named after the Marquis de Lafayette, has been officially designated as the site of a yearlong commemoration during the 250th anniversary year of the birth of the Marquis. We can all look forward to exhibitions, festivals, musical events, conferences and lectures around town in 2007. Making the exciting trek were Joey Durel, John and Lois Breaux, Rob and Belinda Guidry, Gerald Breaux, Virginia Stuller, Donna Landry, Tyron Picard and Rob and Jan Davis. The whole group enjoyed a reception at the home of Ambassador of France Jean-David Levitte, and Virginia presented him with a commemorative lapel pin. If the reception was anything like the one Party Girl attended there last fall ' foie gras on the buffet and Veuve Clicquot at the bar ' I'm surprised those locals came back home! "The only thing better than being part of the delegation invited to the ambassador's residence for the kickoff reception is the anticipation of a yearlong celebration of this very historic and impressive commemoration," says Donna.