La Carreta establishes itself downtown even as it widens its South Louisiana footprint. 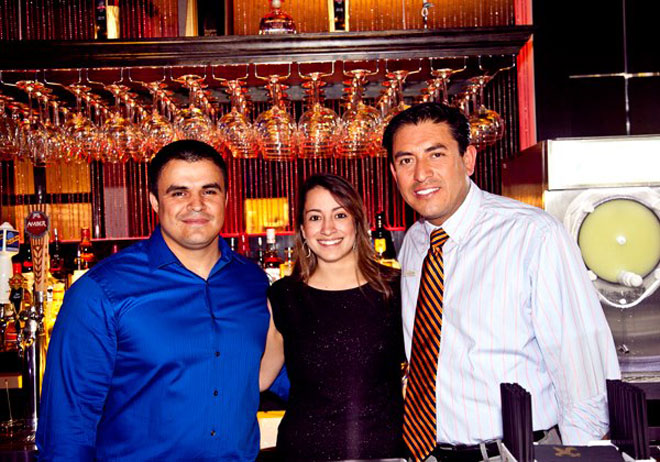 A business graduate from Queretaro, Mexico, Saul Rubio came to Miami, Fla., with a dream of opening his own restaurant. He started at the bottom, working as a dishwasher and eventually moving up to server. Along the way, he saved up all of his money, hoping to reach his goal. One day, a friend told him about the small college town of Hammond, La., which did not have a Mexican restaurant.

With his beloved mother Albertina's (Tina) recipes in tow, Rubio opened his first La Carreta (Spanish for wagon) location there in 1998.

The fresh-Mex concept took off, leading to a sister restaurant, Adobe, in Hammond. Rubio then opened La Carreta restaurants in Baton Rouge (two), Mandeville, Covington, La Place, Amite, Denham Springs and Ponchatoula. Next month, La Carreta is opening its 12th location in Houma. "We are moving the wagon around Louisiana," says Saul's partner, Stephanie Giron, who runs the Lafayette spot.

Like Rubio, Giron worked her way up in the restaurant business, starting as a hostess then progressing to server, bartender and manager at La Carreta's Baton Rouge location. Rubio took notice of Giron, asking her to become a partner along with Jorge Oseduerra, who had started at the Hammond restaurant. "I was very honored," Giron says.

Last year, the three partners started scouting space in Lafayette to open a new restaurant. They found the perfect spot at 400 Jefferson St., location of the former Bonsai sushi restaurant. "Saul really just wanted to grow, and he thought Lafayette would be our next spot," Giron recalls. "When we came to Lafayette and found this location, we saw that downtown was the heart of the city. The people are great and humble, and they like to eat out a lot."

After acquiring the space, the partners started the arduous process of transforming the Japanese-themed restaurant into a Mexican cantina. The restaurant was totally gutted from floor to ceiling and refurbished with new floors, paint, wood panels, walls and windows built by Rubio himself. Donning the walls are art pieces created by La Carreta's own employees. "It's a vibrant, fun atmosphere," Giron describes. "It's a fast-paced restaurant, so everything comes out really quick. We can get you in and out of here in 30 minutes."

On April 21, 2013, La Carreta officially opened in Lafayette, quickly making its mark on Acadiana's restaurant scene. The festive cantina features authentic Mexican dishes created from Tina and Saul's recipes. Each morning, the staff makes fresh salsa, tortilla chips, tamales, chili rellenos and sauces. Popular menu items include the ceviche (lime-marinated mahi-mahi and/or shrimp topped with pico de gallo, cucumbers and mango), Monterrey Mahi-Mahi (grilled with rice and steamed vegetables), La Carreta queso and fajitas (chicken, steak, shrimp, vegetables or combo). "Most of the dishes that Saul creates come straight from Mexico, so the flavors are very fresh and authentic," Giron says. "The people in the kitchen come from Mexico, and the food is like homemade. We put a lot of passion into our food."

Up front is a bar stocked with frozen concoctions including house, top shelf, strawberry, mango and rocks margaritas made with La Carreta's private-label tequila, Don Saul, made in Mexico. A favorite with customers is the Agave Nectar margarita, made with fresh-squeezed lime juice, agave nectar and tequila served on the rocks. Soon, the restaurant will be carrying gold (aged six months), reposado (aged about one year) and plata silver (aged over one year) tequilas for drinking straight up or mixed in cocktails. "We are proud to say we have our own tequila," Giron says.

Since opening, the folks at La Carreta have found Lafayette to be a good fit. "They've welcomed us well here," Giron reports. "We want everybody to feel like this is their second home."