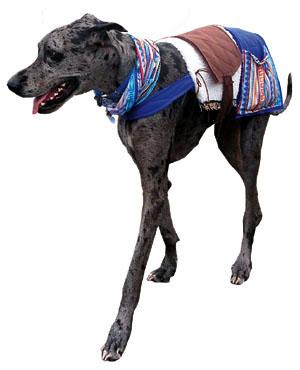 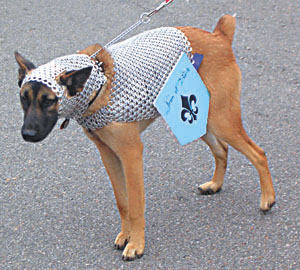 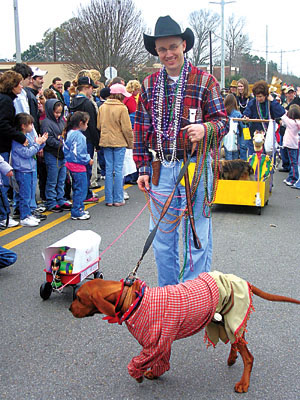 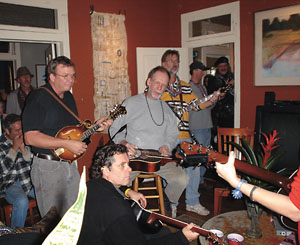 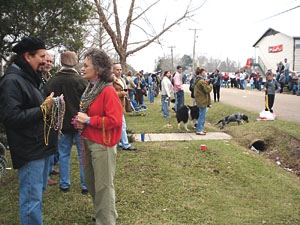 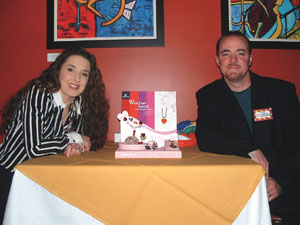 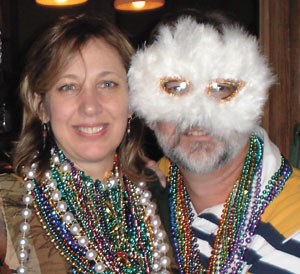 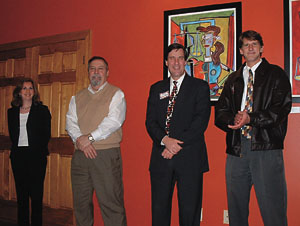 Whew! This Party Girl is partied out, but she sure had fun. I hope you all did the same and boogied straight through Fat Tuesday. Now, it's time to get back to those New Year's resolutions and prepare for spring. But first, let's relive some of the memorable Mardi Gras events around town. Party Girl started her parading with the Krewe des Chiens dog parade. Let me tell you, walking through the Oil Center, juggling a dog leash and tossing Mardi Gras beads was quite a challenge, especially in the cute heels I was wearing. (Those pooches can't be the only ones lookin' good.) I saw Joan of Bark and a great Dane masquerading as a horse. And there were plenty of sights along the parade route as well, including Henry Florsheim, Sally Herpin, Dickie Breaux, Patty Naomi and Michael Doumit. Party Girl had a doggone good time!

Speaking of dogs on parade, Steve Schneider and Cynthia Breaux's canines enjoyed the Scott Mardi Gras parade almost as much as their guests. The parade passes right in front of his old home on Delhomme Avenue and Steve's been hosting a parade party for at least five years. It started out with just him, his lawn chair, ice chest and a guitar but has since evolved into lots of friends, several tables of food and a musicians' jam in the living room. "I enjoy watching everyone have a good time and opening up my home for friends to enjoy as their own," says Steve. "A nice mix of artists, musicians and creative spirits makes it fun." Party Girl enjoyed some gumbo and jambalaya with Don Brasseaux and Mary Miller and did a little toe tappin' to some music by Philip Gould, Anne and Curtis Darrah, Gene Billedeaux and Steve and his brother Phil. Party Girl can't wait to return next year.

While it's easy to get wrapped up in all the Mardi Gras festivities, Party Girl still remembered to mark her calendar with all of the other exciting events and parties coming up. The Heart Association recently announced at a kick-off party at Bailey's that its Jewels of the Heart gala will be held April 2. The black-tie optional event will include the theme "An Enchanted Evening in Paradise." While lounging in the tropics, guests will be able to bid on items during a silent auction, enjoy some cocktails and a live auction with "King Rob." A highlight of the event will be a custom piece of jewelry by William S. Nacol, designed just for the gala. And this just in, Lafayette Animal Aid is planning a Chocolate Festival event in April. It's going to be a busy spring!