Eunice police officer calls chief a bald-face-liar'
A civil service board hearing held last week didn't turn out too well for Eunice Police Chief Ronald Dies, who among other things was called a "bald-faced-liar" by one of the two officers involved in the proceedings. According to this report from Eunice Today, last week's hearing was the result of Dies' push to terminate the two officers, who claimed they had been pulled from a security detail at a local apartment complex as a result of personal "retaliation" by the chief. It seems Dies - who aside from saying the officers' claims were "unfounded" presented no evidence during the hearing - also had a beef with the owner of the apartment complex, Marc Savor. According to Savor, Dies didn't have a firm grip on the city's ordinances, especially concerning security detail requirements for apartment complexes. Savor tells the Eunice newspaper that Dies' decision to pull the officers from the security detail was an attempt at retribution for "making him look bad." Apparently on several occasions Savor had to school the chief on the city's ordinances, saying "it didn't seem like Dies knew any of them."

This home on Verot School Road was reduced to ashes following a Sunday afternoon fire. 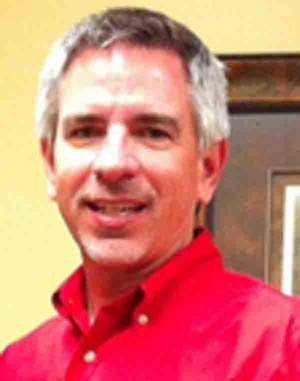 When public officials behave badly
John Moreau has served as the registrar of voters for St. Landry Parish since 1985, but according to this report from the Acadiana Advocate, that tenure may soon come to an end following his arrest on Friday. According to the report, a feud has been brewing inside the walls of the parish courthouse between Moreau and Susan Gerace since December. Though the particulars of their dispute remains unclear, what we do know is that Moreau took it to another level on Wednesday when he was seen by several witnesses keying Gerace's vehicle as well as using an "ice pick or some similar tool" to puncture a whole in her front driver's-side tire. And that's not the first time Moreau is believed to have gone after Gerace's vehicle, as the story notes that on three separate occasions in December he allegedly let the air out of her tires. He also sent her three notes, and though the contents have not been disclosed, it's probably a safe assumption that these were no love letters. A decision on Moreau's future as registrar is now in the hands of the parish council, which has the authority to remove him from his appointed post "for cause," the Advocate reports.

Motorcycle claims home
An 18,000-square-foot mansion on Verot School Road is no more after a massive fire quickly engulfed the home Sunday afternoon. The smoke billowing from the property could be seen for miles, and according to KATC TV 3's coverage of the incident, owner Ralph Wadleigh says the fire was sparked by a motorcycle, which for unexplained reasons was left running inside the garage. An official cause, however, is pending a formal investigation. Fortunately for Wadleigh and his family, everyone escaped unscathed. Unfortunately, all that's left of the home - which was originally owned and built by Patrick LeBlanc Sr., but sold following his death in a 2008 plane crash in Vermilion Parish - are its pillars.