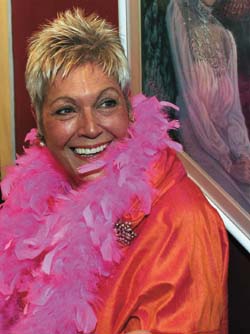 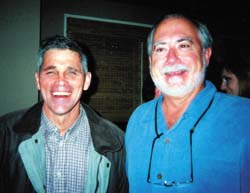 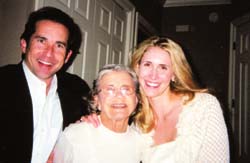 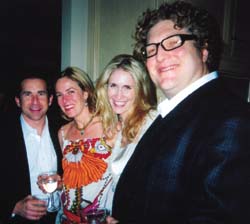 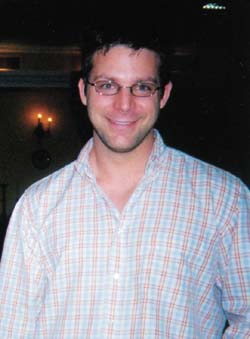 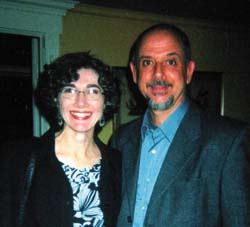 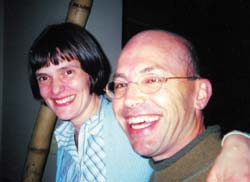 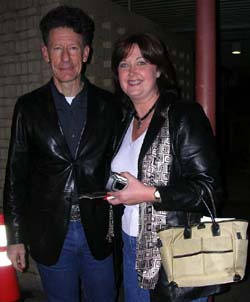 Surprise, Surprise! Guess who was in attendance at not one, but two surprise birthday parties recently. That's right ' Party Girl! Longtime friend Kolleen Verlander and her husband Leo told birthday girl Marcelle Bienvenu that she was invited over to the Denbo/Montgomery House for a dinner party. She got quite a shock as she drove up and discovered the lawn decorated with pink flamingos and sparkling white lights. Wearing martini-shaped black eyeglasses, cookbook author and chef Marcelle was escorted up the stairs by her husband Rock Lassier, where many well-wishers greeted her for her 60th birthday. "She's just the grande dame," says Kolleen, whose sister Kay and her husband Ronnie Foreman helped host the celebration. On the menu was Ronnie's awesome beef tenderloin and Pat Mould's delicious shrimp roll. A highlight of the party was Marcelle's serenade from the Kappa Sig fraternity brothers. Other notable guests included Stan Dry and Alice Burke, Netzie and Dewitt David, Don and Cookie Bacque and Harold and Elizabeth Abdalla.

Adam Lemoine was also in for a sneaky birthday surprise. After returning from an intimate dinner at Ruth's Chris, his girlfriend Valerie Keller drove him back to his River Ranch home. She parked under the balcony and let the top down on her convertible just as friends and family revealed a huge birthday banner with his picture on it! A surprise dessert and champagne reception awaited Adam, who turned 42. His brother Tim and wife Tonya provided the incredible homemade baklava, and other family members joining in the celebration included his mother Annabelle, brother Lenny and nephew Emile.

NiteTown's George Favaloro outdid himself by bringing the Songwriter's Tour to the Heymann Center Feb. 26. Party Girl saw just about everybody in town there, from Julie Calzone to Sheriff Mike Neustrom and his family to Marce Lacouture and Rex Moroux. And I just had to corner Judi Gunn and get a look at her new engagement ring. The pre-party at à la carte was just fabulous, and Party Girl filled up on cabbage rolls and shrimp remoulade before the concert. But more impressive were Lyle Lovett, John Hiatt, Joe Ely and Guy Clark up on stage, with only their guitars and their voices. They went down the line, each singing a song while the others watched and listened intently. Lyle Lovett opened with "Her First Mistake," which made several mentions of south Louisiana. Party Girl predicts he'll be back here soon. And John Hiatt's "Have a Little Faith in Me" nearly brought a tear to my eye. That man can sing! But the lesser known Joe Ely and Guy Clark were equally as entertaining, singing about bar fights, rattlesnakes and homegrown tomatoes. Lucky Renee Ory had the pleasure of meeting the group backstage and visiting with Lyle Lovett. "He's my favorite singer of all time," she says. "I loved it."