Abbeville's gang threat
There's been an unexpected rise in gang activity in Abbeville, and according to this report by Vermilion Today, the threat has residents concerned, with one family even considering a move elsewhere. "Parish authorities," reports Vermilion Today, "have put getting rid of the gang their number one priority for 2014." This gang, however, is by no means traditional like the infamous Crips or Bloods of Southern California. They don't carry firearms or deal drugs, and instead of claiming their territory by busting caps on rival gang members, this group merely just lifts a leg. Abbeville's gang, for the unsuspecting reader, is comprised of a rogue pack of K-9s who have reportedly been wreaking havoc in neighborhoods throughout the city and terrorizing residents like Shirley Sheffield, who is now considering a move following a recent encounter on her back patio. Last week, Sheffield tells the local paper, the group of four-legged thugs arrived at her back patio door, where they jumped up and down against the glass. "It was scary," recalls Sheffield. "I normally see the pack of dogs cutting through my yard. This time they came to my patio door and created a mess. I was not worried about being attacked because I was in my house. I am worried about going outside. Before the dogs arrived, I was outside 15 minutes earlier. What would have happened if I would have been outside?" The rogue group, according to Vermilion Parish Rabies and Control Director Billy Noegal, are mostly small in stature, but are of varying colors, ranging from red to brown to black. "Catching those dogs has been our number one priority," Noegal tells Vermilion Today. "We have been dealing with them for two and [a] half months." So far, Noegal's attempts to put a stop to the group's activities by using food-baited traps have proven unsuccessful. Apparently, someone's been feeding them. Below are a couple menacing photos of Abbeville's K-9 gangstas that Sheffield submitted to Vermilion Today: 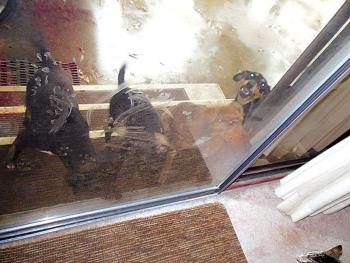 Iberia's ChaiMANship
This editorial by The Daily Iberian's Jeff Zeringue examines the Iberia Parish Council's recent selection of a chairman, a decision that took 34 votes and lasted over an hour and a half, all in an effort to pick a person whose sole authority is reading out agenda items at meetings. Zeringue questions why there's been only one year since 2008 that the post wasn't held by either councilmen Roger Duncan or Bernard Broussard. Duncan was this year's selection as well, but not after an exhausting series of votes, which only came to an end after the traditional successor, the council's vice chair, who it's worth noting is a woman - a black woman at that - finally relented and voted in favor of Duncan. For the most part, a council's vice chair is elevated to the chairman post at the end of the chairman's year-long appointment, but not for Iberia Parish, which has bucked that tradition two years running, both times when the heir apparent would have been a black female. While Zeringue questions the council's continued selection of Broussard and Duncan, one anonymous online commenter was a little more candid in their assessment, writing, "some on the council are racist, sexist or both." The commenter takes Zeringue's assessment another step further by questioning the ongoing reign of Broussard and Duncan, asking "what's in it for them?" Good question. 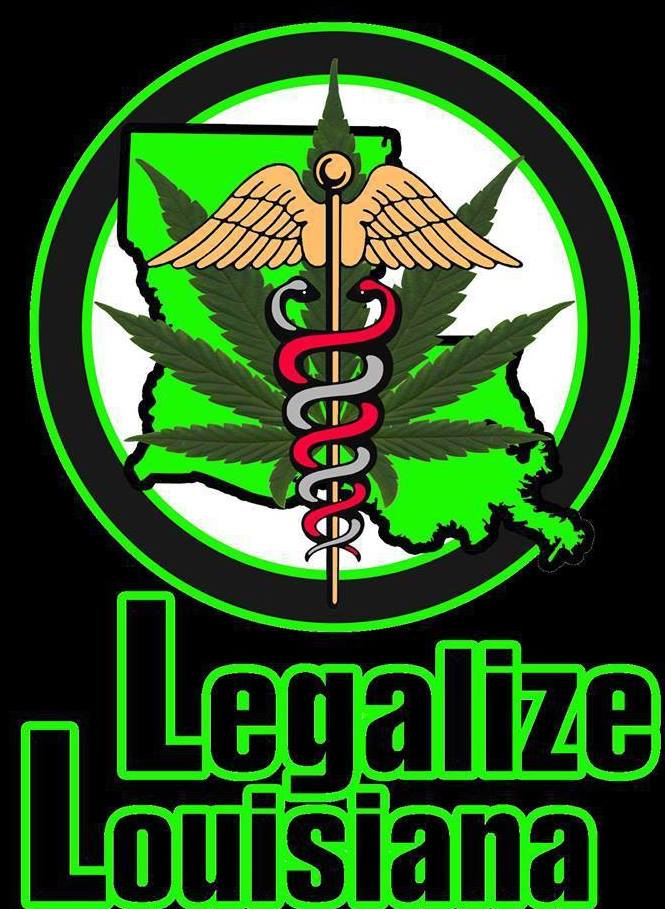 Judge dodges green bullet
In this video interview, The Daily Advertiser's Bill Decker talks with 15th Judicial District Judge Jules Edwards III about a long-list of local efforts to fight the war on drugs. Edwards cites a number of programs, all of which are aimed at curbing addiction, not incarceration rates. In Louisiana, a first offense marijuana possession conviction carries a potential six month prison sentence, followed by five years for a second offense and up to 20 years on a third conviction. No wonder our state is considered to have the world's highest per capita rate of non-violent offenders behind bars, many on life sentences thanks to our habitual offender/three strikes statutes. Asked if he could chose one solution for the state's rising number of locked-up drug offenders, Edwards says he'd like to see more faith-based mentoring and/or positive role models for addicts (is marijuana even addictive?). Of course the plausible answer is the one no right-minded Louisiana politician is willing to go on-record supporting. For now, let's just say it rhymes with "demonization." To view the interview, click on the above headline and search for the video captioned "New ways to fight the war on drugs."