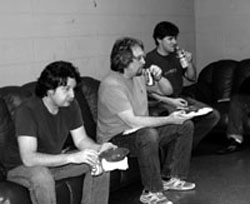 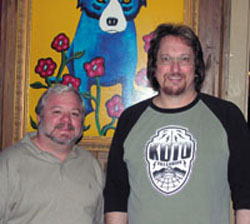 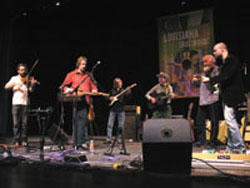 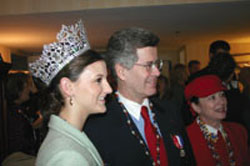 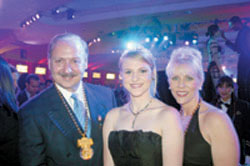 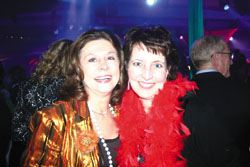 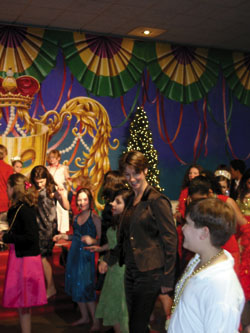 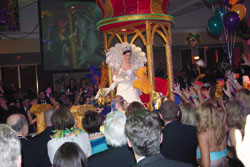 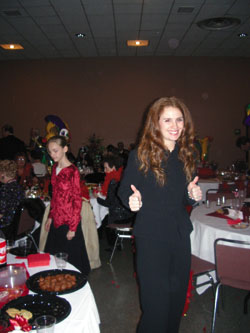 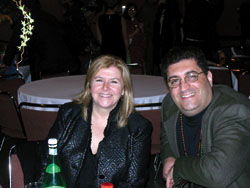 Although Jerry Douglas' recent Louisiana Crossroads performance was just before the Mardi Gras melee, he'll always be royalty in Party Girl's book. Music writers place him king of the world when it comes to the dobro, but he's also a prince of a guy with his generous support of the Dr. Tommy Comeaux Memorial Endowed Fund for Traditional Music at UL Lafayette. His band has some new licks, for which Douglas credited Lafayette drummer and bandmate Doug Belote. And the latest addition to the group, guitarist Guthrie Trapp from the FloraBama Gulf coast, cut loose on a few solos that earned serious kudos from local guitarist Walter Jr. after the show. Sonny Landreth opened and then joined the finale along with Michael Doucet and D.L. Menard. Jerry clearly loves coming to Lafayette and was seen enjoying the local scene at Blue Dog Café and Somewhere's Else Lounge. What king could want more than that?

DCMG: that's Party Girl shorthand for Washington Mardi Gras, and it was great to be back this year, especially with Lafayette so well represented. Queen Elizabeth Chance, daughter of Tom and Lisa Chance, reigned with poise and elegance, as did Lafayette princesses: Jessica Abel, Leigh Ackal, Autumn Breaux, Dayna Haynie, Ashley Mills, Mary-Frances Neuner, Fallon Goodson and Claire Noell and two visiting queens, Michelle Blanchet of The Order of the Troubadours and Emily Breaux of the Krewe of Gabriel. For the business leaders and politicos among the local entourage, the extended weekend can best be summarized in two words: Suite success. It was the first time in the event's 50-year history that Lafayette Parish hosted a hospitality suite, and it was the buzz of the ball. The French ambassador, dozens of travel writers, business leaders and south Louisiana chamber of commerce officials used it for networking and meetings. My favorite surprise guests were the three young Secret Service agents who decided that the bureau needs an office in Lafayette and the two Swedish flight attendants Flo Meadows met on the elevator. Now that's what I call hospitality. And many thanks to Donna and Greg Landry for playing shutterbug over the weekend. Since they took all the photos, Party Girl got to, well, party!

People are often surprised to learn that Lafayette's oldest krewe is Oberon, which was formed for children 78 years ago by The Catholic Daughters of Charity. With its glittering costumes, the tableau is one of the city's most stunning. With the antics of the children, it's also one of the most entertaining. But nothing is more fun to watch than the dance party held after the program. Dancing the night away were King William Walker Gates, Queen Alexis Bronner, Hannah and Caitlyn Eid, Lauren Graham, Jacob and John LeMugnier ' even krewe president Leah Mosing joined the line dances and rarely missed a step.

One more Mardi Gras note: last week Party Girl was remiss for not acknowledging Kent Hutslar's pictures from the Krewe of Apollo ball. The long, tall shooter has been the official photographer for the krewe since forever and has accumulated quite a portfolio of work. He's been tapped for big photo exhibit on the west coast later this year and plans to include the Apollo shots in the exhibit ' which will make his work a show-stopper for sure.