Shondreka Alexander and her daughter Solage, who is gay, told KATC's Steven Albritton that a Jeanerette Senior High teacher handed Solage a pamphlet with "Homosexuality is a abomination" written inside of it.

Homophobic teacher disciplined
A student's sexual orientation is none of a teacher's business - period. Unfortunately, it's a lesson an ROTC teacher at Jeanerette Senior High School in Iberia Parish may have never learned, evidenced by him allegedly sharing his opinion on a student's sexual orientation. In an interview with KATC TV3, Jeanerette High junior Solage Alexander says the unnamed ROTC teacher's comments were homophobic and inappropriately directed at her in front of the entire class Wednesday.

"[H]e grabbed me by arm and he kept saying he loved me, he loved me," Alexander tells KATC. "He gave me this little comic book thing. So, I'm looking at the book and it said something about sin on the front. And I kept asking him why would you do something like that? Why would you give that to me? What was your point?"

Written inside the pamphlet: "Homosexuality is an abomination." To get the school system's take on the matter, The IND reached out Thursday morning to Iberia Parish Superintendent of Schools Dale Henderson, who says the teacher's actions were "silly and inappropriate." According to Henderson, the pamphlet was not issued by the school system, and was likely something the teacher brought from home. Henderson says the teacher - a school system veteran - has since been disciplined, but would not comment on what specific actions were taken since it's a personnel matter. The student, he adds, has also received counseling on the issue. "This teacher, I'm sure he had his own personal reasons for this, but he certainly should have known better. Even adults sometimes do things they shouldn't do," says Henderson. "We have around 2,000 employees in this school system, and every once in a while one will do something they're not supposed to do." 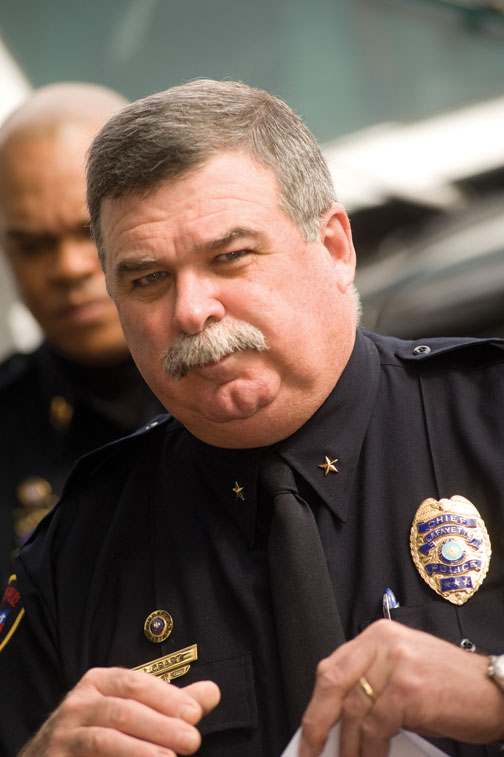 'A New Resolution' targets local drug trade
A multi-agency crackdown spearheaded by the Lafayette Police Department resulted in the seizure of close to $100,000 worth of illegal narcotics and 251 arrests, the Acadiana Advocate reports. The three-day effort, which spanned several parishes and included 15 different law enforcement agencies, was called "A New Resolution," and focused on "street-level" drug transactions. A majority of the arrests, according to Lafayette Police Chief Jim Craft, included drug dealers and their clients. The idea, according to the report, is that by targeting street-level drug activity, law enforcers will effectively reduce the crime rate.

More on Sunday's big blaze
Here's another story about the 18,000-square-foot home that burned to the ground Sunday on Verot School Road by The Daily Advertiser, which takes a look back at the home's original owner and some of the big names who attended parties there over the years, while also reminiscing on the home's grandeur. Apparently former Vice President Dick Cheney and former New York City Mayor Rudy Giuliani both attended parties at the home. Yet, one question continues to go unanswered following Sunday's blaze: Why did the owner leave motorcycles running unattended in the garage?

According to Lafayette Fire Chief Robert Benoit, who spoke by phone with The IND earlier this week, no foul play is suspected, but an investigation will be ongoing for the next 30 to 45 days.