U.S. Rep. Bill Cassidy will not stand for taxpayer-funded oil portraits. Nor will he sit for them! 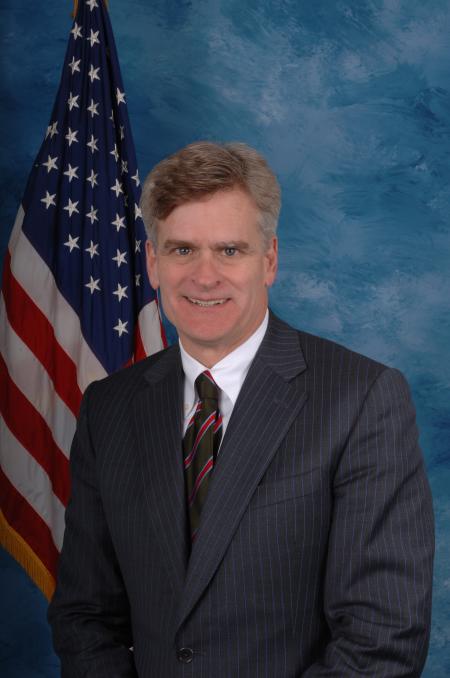 In an effort to burnish an otherwise undistinguished tenure in the U.S. House of Representatives and make it a race this fall with U.S. Sen. Mary Landrieu, D-La., U.S. Rep. Bill Cassidy, R-Baton Rouge, is putting some incredibly ambitious legislation before his colleagues.

Case in point: Cassidy's EGO Act, AKA, the Eliminating Government-Funded Oil-Paintings Act. It not only screams to the Federal Department of  Acronyms, "Boys, y'all better step up your game," nor does it simply have the Louisiana State Office for the Prevention of Hyphen Abuse on red alert, it most importantly addresses a fundamental crisis of entitlement among those within a rotting-at-the-core Beltway: elected officials and cabinet-level bureaucrats sitting for taxpayer-funded portraits. Not in latex or charcoal or graphite pencil. In oil!

Verily, we thought this had to be a story from an inner layer of The Onion. It isn't. As ABC News reports, "The EGO Act would prohibit taxpayer dollars from being used to pay for commemorative oil portraits of the president, vice president, cabinet members, members of Congress and various administrative officials."

"Can you believe taxpayers paid $40,000 for a commemorative portrait of EPA administrator Lisa Jackson, and over $20,000 for a 3-by-4 portrait of Agriculture Secretary Tom Vilsack?" Cassidy, a member of the Congressional Dyslexia Caucus - we kid ye not - says in a statement about the EGO Act, which slipped its way into the omnibus spending bill.

One source tells The IND that Landrieu, loath to be one-upped by the GOP rival seeking to unseat her, will soon introduce the BIG ASS Act, short for Bourbon Is Good so-Always Sell-it-on Sunday Act, which would require supermarkets and convenience stores across the country to sell alcohol on the sabbath, blue laws and dry counties be damned.