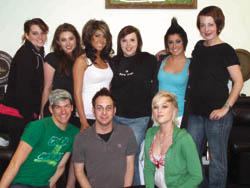 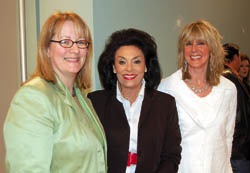 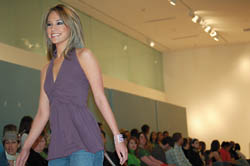 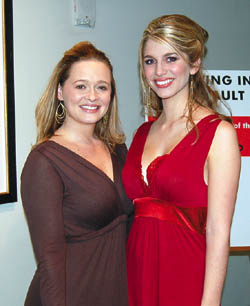 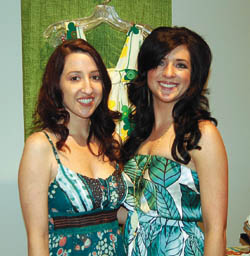 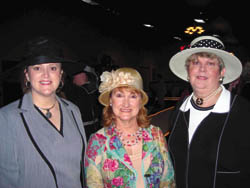 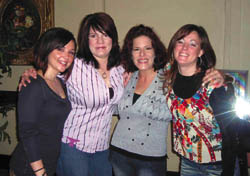 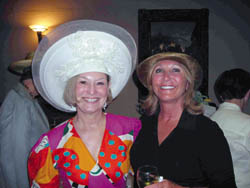 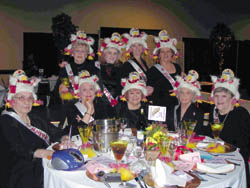 Last week, the Acadiana Center for the Arts turned its gallery into its own Project Runway ' the Remix! For those of you who were out of the loop, KSMB Fashion week began Feb. 26 and ended on March 5. The Fashion Show that benefited the Acadiana Center for the Arts had several local boutiques. KSMB and Moss Motors supported the event, and their guests were Shi Shi, Denim Hardwear, Artesia, Get Wet and La-de-dah. The students from Aveda Institute creatively transposed the hair and make-up of each model showcasing the 2007 spring fashion collections of the boutiques. Many of the guests were there to support ACA and KSMB's second annual fashion show, including the lovely Sharon Moss and her soon to be daughter-in-law, Sarah James. Mary Galyean of Citadel Broadcasting was also very excited to see twice as many people as last year attend this fashionable event for a good cause.

It was a symphony of fashion at the Mad Hatter's spring luncheon and style show this past Monday at River Oaks. Funds were raised to support the Acadiana Symphony Orchestra's Educational Concerts. After browsing the silent auction items, I was enchanted by a group of ladies wearing hats that were especially elegant. Beth Finch, Tish Johnson and Donia Garlington let me in on their secret; these hats along with 60 others were owned and worn by Lulu Hilliard. Paul Hilliard donated these beautiful hats to his late wife's favorite organization, the Acadiana Symphony Women's League, to auction at a later date. I hope I am lucky enough to be invited to that auction, and next year I'll be sure to win the beautiful hat category! Prizes were given for the most beautiful hat, most original hat, the best vintage hat and best group of hats. Ladies from the audience that wanted to compete for one of these titles all walked the stage during the Parade of Hats.

I was curious about several hats I saw in the audience and found out they were created by milliner Gayle Stancial from C'est Toi. A group of ladies that stuck out of the crowd with their clucking ' "The Mother Cluckers" ' brought many chuckles out of the passing onlookers. A perfect melody of Oil Center retailers, Tiger Lily, Little Town, Ballin's and C'est Toi all participated in the fashion show. The models' hair was styled by new Oil Center salon Cabelo's. The luncheon was all about having fun and being original. I take my hat off to the Acadiana Symphony Women's League!