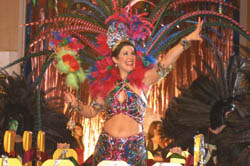 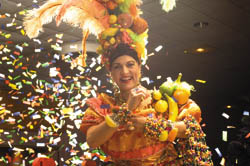 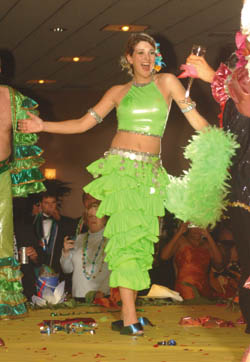 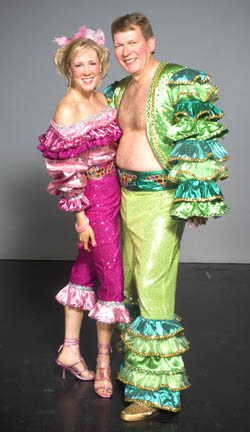 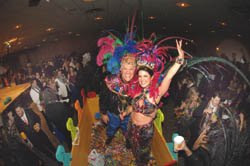 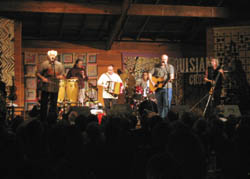 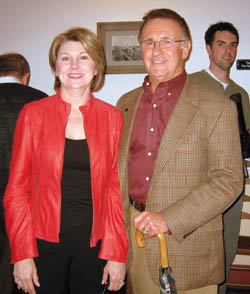 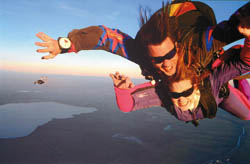 It's carnival time, mes amis, and Krewe of Carnivale en Rio turned up the heat and spiced up the season South American style at its inaugural Mardi Gras ball. Rio presented its royalty: Pete Nicolosi as King Dom Pedro I and Rebecca Bernhard as Queen Isabel I. Revelers did the samba well into the night and were entertained by a pageant featuring a mysterious Amazon medicine man and a plumed and fruit-bearing Mary Beth Lowry as Carmen Miranda. You go girl! The ball lasted well into the night and may be the most raucous kickoff of Twelfth Night this side of New Orleans.

Another first for the New Year was Katie Ferguson's 150 mph freefall toward terra firma. She made good on her New Year's resolution to "do things I'd never done before," she says. Ferguson took the leap strapped to Tom Tharp of Jeanerette's Louisiana Air Sports at the urging of friend and avid skydiver Jacque deMoss, who joined her on the jump. Ferguson calls the experience and her sunset view of the Gulf "exhilarating, absolutely exhilarating" and says she'll be back for more. Party Girl expects nothing less from this fiery redhead!

Equally as exhilarating was BeauSoleil's 30th anniversary concert at Vermilionville last Thursday night. If y'all missed this, you missed a huge piece of Lafayette's musical history. BeauSoleil entertained fans with both its signature sound and stories from the band's three-decade history, including one about a chance meeting at a French music festival that resulted in their first album, a modest recording that listed Michael Doucet's home phone number on the back of the LP. Party Girl applauds BeauSoleil for getting the Louisiana Crossroads audience on their feet to waltz and still has chills from hearing the band sing "Allons à Lafayette."