Man claims he was denied his constitutional right to legal counsel who would have advised him of the consequences of his plea and challenged the evidence.

In October attorney Barry Sallinger told City Court Judge Doug Saloom that he planned to file a lawsuit challenging the prior OWI plea of his client, 24-year-old Ryan Dean Stelly, and Monday Sallinger made good on his promise, filing suit in the 15th Judicial District against Lafayette private investigator Robert Williamson and District Attorney Mike Harson.

Stelly is among an undisclosed number of OWI defendants whose cases were handled by Williamson rather than an attorney, in what federal prosecutors says was a bribery and corruption scheme that went on from 2008 to 2012 in Harson's office. Stelly negotiated a fast-track plea agreement known as an "immediate 894" with Harson's office in May 2010. He was arrested again for OWI and is facing a second offense charge because of that prior conviction.

Sallinger, however, argues the prior should be thrown out because it was tainted for a number of reasons, among which is the fact that Stelly did not have an attorney who would have made him aware of the potential consequences of his plea.

Harson's longtime administrator, Barna Haynes, and two others in the office have pleaded guilty to accepting payments from Williamson, as have two former case workers at Acadiana Outreach who provided false certifications of community service for those OWI defendants. All five are awaiting sentencing, while the alleged mastermind, Williamson, is set for trial March 10. He is charged with six counts of bribery for operating the pay-for-plea scheme that garnered favorable treatment for OWI defendants, one count of conspiracy, one count of Social Security fraud and one count of making false statements to federal agents. He pleaded not guilty. 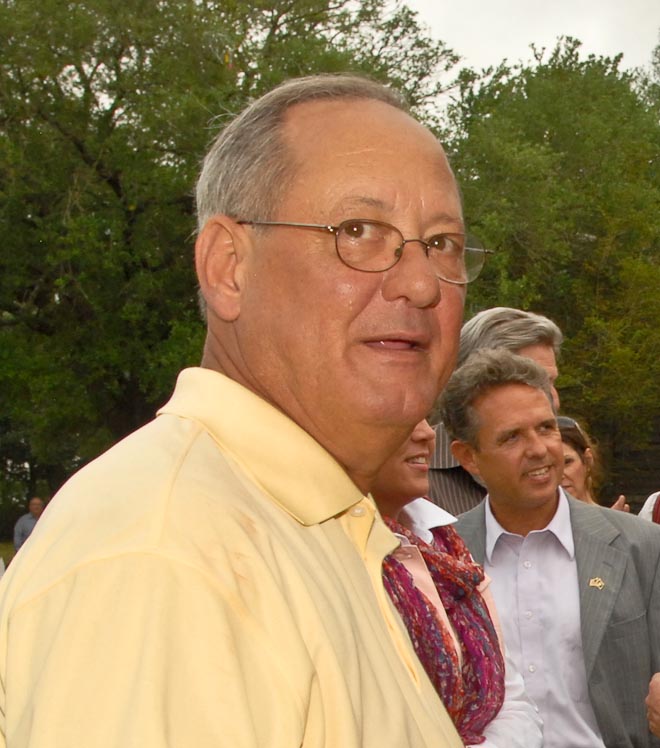 In the lawsuit, Sallinger points out that Harson has gone on the record with numerous media outlets saying he has no intention of revisiting the plea agreements because they were "perfectly legal." Defendants are entitled to an attorney but do not have to have one, a point Harson has made repeatedly. (However, his position about the pleas being "perfectly legal" appears to contradict a statement he gave to The Advocate about the lawsuit, saying Stelly is "basically coming into court with less than clean hands.")

Sallinger tells The IND his client completed all of the requirements of the program, which include community service and substance abuse counseling. Unlike some others who secured an immediate 894, "[Stelly] performed the special conditions," Sallinger says.

The attorney says Stelly thought Williamson was with the DA's office and that the DA was fully aware of the case. Stelly also thought the case would go away after he paid a fee and met the conditions of the program. "It goes away forever, that is the belief of these people," Sallinger says.

"A district attorney should realize that defense attorneys have roles," Sallinger says. "They are there to protect the interests of their clients, but they also serve as counselors and advisers."

Stelly claims to have paid Williamson $5,000 for his services, a portion of which the private eye then doled out to his co-conspirators. Most of the cases handled by Williamson were OWIs, which are misdemeanors, but he also handled felony cases. Federal investigators say the scheme was allowed to go on for years in part due to a lack of oversight and safeguards in Harson's office.

In the lawsuit, Sallinger also points out that the Louisiana Rules of Professional Conduct state that a prosecutor shall "make time disclosure to the defense" of all evidence he knows about that might negate guilt, mitigate the offense or have an impact on sentencing. Stelly, however, never had an opportunity to challenge the evidence, Sallinger says. "...[D]isclosure of such evidence may have resulted in a different outcome and negation of a plea to the charge in the first instance. The determination of validity of any defense would have been for a duly licensed attorney to perform, but that right was not performed throughout the bribery scheme," he writes.

The attorney looks at the immediate consequences, as well as what the outcome of the case might mean to the client years down the road, Sallinger says. "When I have a professional interface regarding a drug or alcohol arrest, I go over the litany of potential consequences, not only incarceration but deprivation of opportunity, loss of license, loss of scholarships. There are many, many limitations that a person licensed to practice law would have likely discussed, and [the defendants] were deprived the opportunity. So you have to expect there is going to be a much greater rate of recidivism for people who merely paid Robert Williamson on deal that they thought had the blessing of the DA's office."

Sallinger says he represents four clients who want to challenge their prior convictions, but he believes there are many more cases out there.

"One of the things a competent attorney can do is work through the entire process end to end and what effects an OWI arrest can have, not only for one offense but for future offenses, what limitations will be placed on a life because of plea or a conviction. There are many devastating consequences that if not dealt with by a seasoned practitioner a person merely pays a fee and hits a turnstile and therefore they are often doomed to come back because no one took the time to advise and property counsel. That has been one of the biggest complaints I've had with this whole process."

Sallinger says the role of the prosecutor should not be to try to extract a plea from someone who should be represented by a private attorney or by the public defender: "It is not the prosecutor's job. It is the job of the defense attorney.

"[Defendants] will cast aside the details," he continues, "because there is no one protecting their interest."