Did police play a role in the unsolved murders of 8 prostitutes?
Eight women in Jefferson Davis Parish were murdered over the course of four years - between 2005 and 2009 - and according to this investigation by true crime writer Ethan Brown, original suspicions of a serial killer have since turned into suspicions of foul by play by local law enforcement.

What makes this story bizarre is that all eight victims were in some way connected. Some were relatives, some were roommates, but all eight of the victims had drug problems and were known to use together. They were also prostitutes.

Brown, who's also a private investigator, spent several years interviewing family members of victims and former police investigators, while also combing through the investigative files, including a 2008 report from a multi-agency task force created to solve the killings. In that 109-page report, witnesses repeatedly claim the police were involved in the killings.

"A review of hundreds of pages of task force investigative reports reveals a series of witness interviews in which local law enforcement were implicated in these murders," writes Brown. "These allegations have never been made public."

According to the 2008 report, the sheriff's office's lead investigator on the case, former deputy Warren Gary, a cousin of one of the victims who was cited for a 2007 ethics violation for purchasing a pickup truck from an inmate at the parish jail. Witnesses say one of the victims, 21-year-old Kristen Lopez, was last seen in that truck, which was allegedly used to transport her body to a canal near a rice field where she was later found beaten to death. Gary, it's worth noting, immediately sold the truck after purchasing it.

"Two witnesses came forward to speak to a detective ... and said that the chief investigator at the sheriff's office purchased this vehicle in order to dispose of the physical evidence in the case," says Brown in an interview with The Free Thought Project.

In his report titled "Who Killed the Jeff Davis 8?", Brown looks into the long history of corruption within the Jeff Davis Sheriff's Office and the Jennings Police Department. It's a thorough and gripping look into why law enforcers would want to cover-up the murders of eight prostitutes. 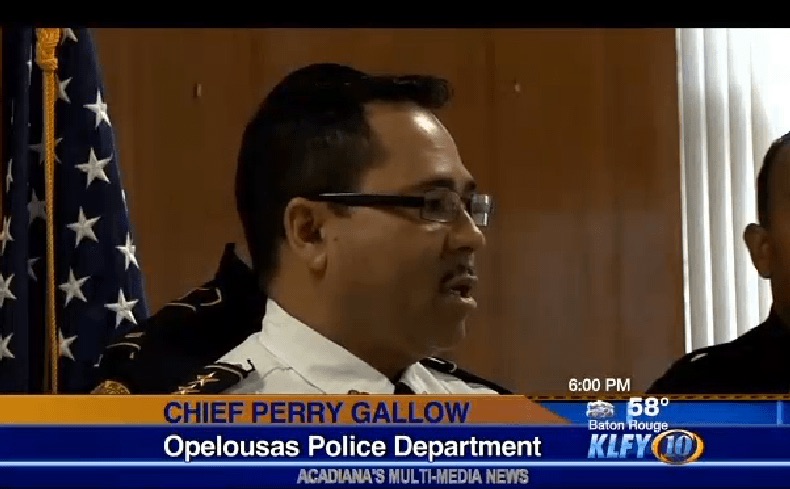 In Opelousas, three lives have already been claimed this year in drug-related shootings, giving local police cause for concern. In a press conference held Friday, Police Chief Perry Gallow, according to this report by KLFY TV10, says each killing was the result of "criminals attacking criminals," adding "drugs are rampant not only in our city, but in every city across this country." To combat the issue, Gallow says the Opelousas PD will not only increase its presence with more patrols, but will begin taking a "proactive" approach by "engaging with those individuals who are committing those types of crimes."