The power of Apollo

Sherman Mire is not a very emotional person. And, yet, it is at a Mardi Gras ball (of all places) where he feels something powerful enough to bring tears to his eyes.

The captain of Apollo says while the unparalleled pageantry of the ball is certainly a draw for many attendants - more than 2,000 at this year's sold out fête

"For that night, any differences people may have are put aside, and to witness that feeling where everyone is the same and equal is magical. It moves me to tears. I look around the crowd and just see smiling and laughter and joy. It's kind of surreal really," Mire says.

For Mire and the members (a small core group devoted to the effort numbering less than 100) the effort is worth the payout. And that, he says, is because it's more than a ball.

"It is a time to share our joy and celebrate with the entire community as one. A night where it doesn't matter if you are gay or straight or conservative or liberal. All of that is put aside," Mire says.

"People just forget about everything and have fun. It's just the most amazing thing."

One of the most amazing aspects of the evening, perhaps, is Mire's estimation that of the more than 2,000 people attending the sold-out ball, about 75 percent are straight. Something that wasn't always so when Apollo hit the scene nearly 40 years ago as a mystic krewe with some members staying under wraps with concerns of repercussions with career, family or both.

"In the early years, the location of the ball was kept secret, and many, if not most, of the members were anonymous," Mire says. "Up until a few years ago, we didn't even list the names of the members in costume or allow any type of photography because it could cause major issues for those members with their job and/or family. We've come a long way. This year's ball sold out in 10 days."

Those early days may have been smaller in numbers, but no less in the pageantry.

"At that time it was private and by invitation only. We sent out just 900 invitations," he says.

As time went on the ball opened for tickets to the public, and the word spread of what people could expect at the only ball of its kind in Lafayette.

"It's fun and festive and elaborate. They called it the feather ball because there were so many feathers," Veillon says with a laugh. " I think people were interested to see what gay people did and they wanted to see these big, great costumes. It was fun because it was a show, a theatrical show, a production and not just a presentation."

That grandeur has not waned in the years that followed. This year Mire says to expect another year to top the last with a super hero theme fi lled with classic comics and (no doubt) tongue in cheek takes on beloved crusaders. And while Apollo aims to do it like no one else, Mire says the evening results in an understanding that the krewe members are, indeed, just like everybody else.

"The people who attend our ball are from every walk of life and age group. Many of our guests travel from everywhere in the U.S. to see our show as well. I think what has happened over the last 38 years is that some people who may not even think they know someone who is gay, or understand or have preconceived ideas about what gay people are like, realize that we are just like everyone else." 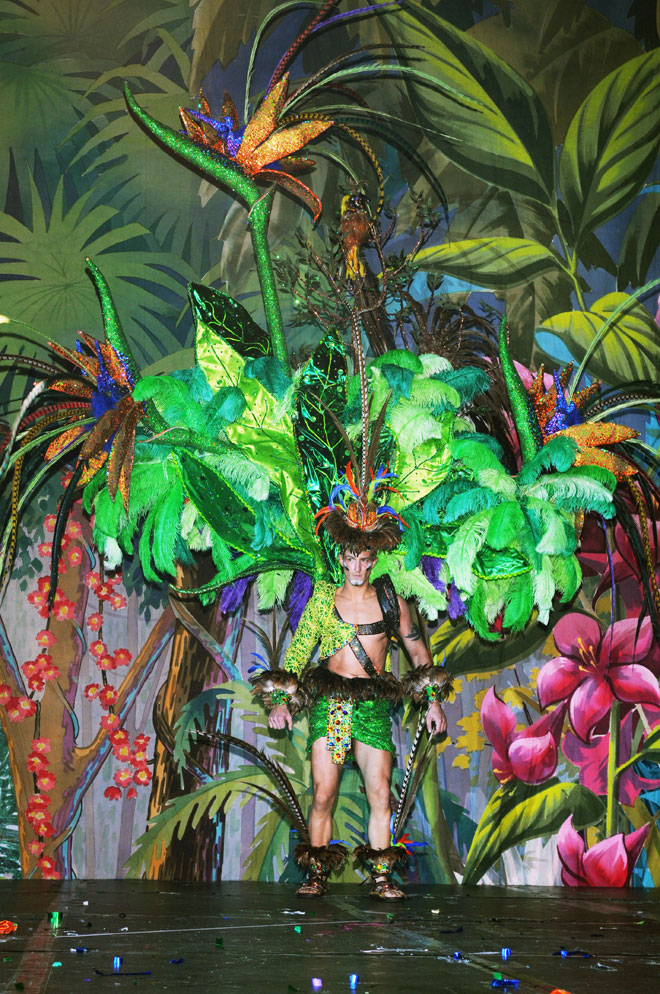 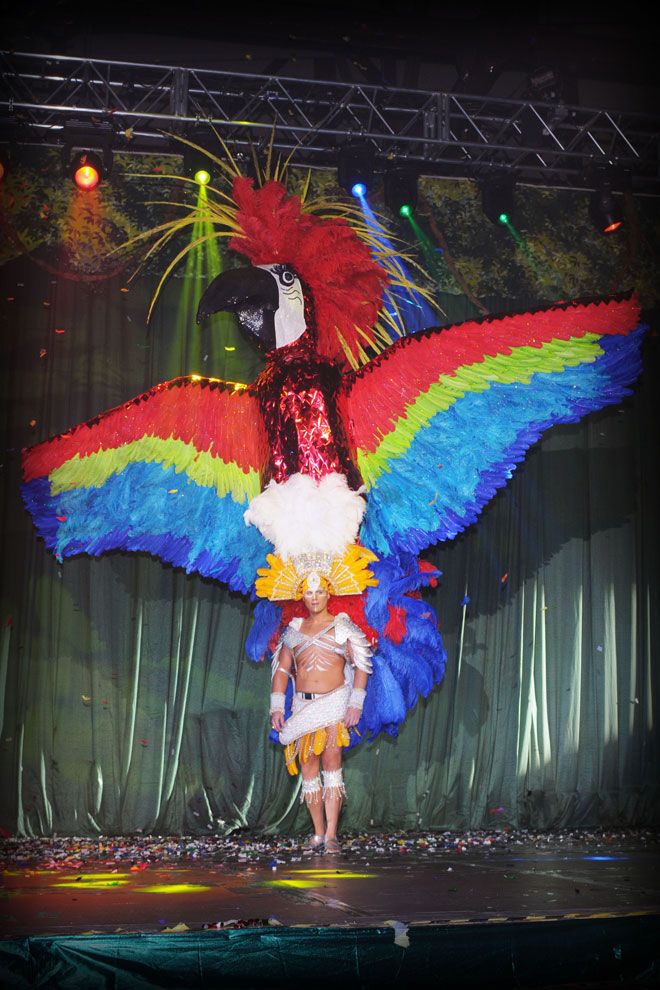