Mardi Gras is much more than beads and booze. It is a cultural tradition steeped rich in the region and full of thoughtful hours of work and diligence from hundreds of those behind the scenes and beneath the crowns.

For every throw tossed from a parade fl oat, for every glittering table display and court member bedecked in feathers there are hours spent and money invested in a season that is more heritage than it is party.

"It's such a part of our family history. It's part of our culture," says Emily Foreman Babineaux.

She and husband Charlie are, combined, in five krewes. Each is special. And each holds a connection to the Lafayette couple. Emily was a debutante. And while she wasn't in a children's krewe, she has vivid memories of Mardi Gras as a girl. 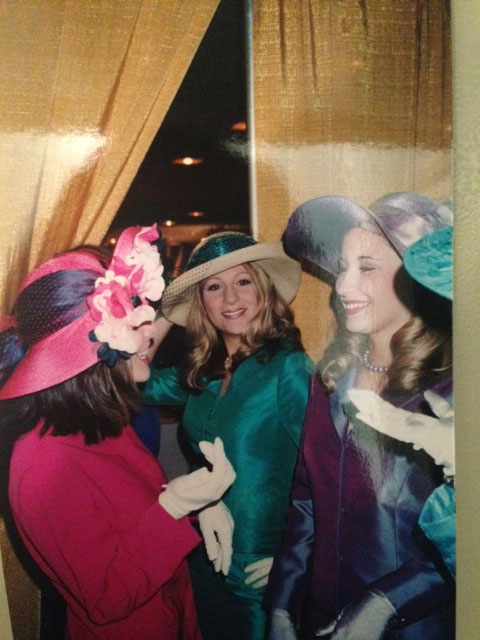 "My first memory of Mardi Gras - my dad in a parade. He was in Bonaparte and dressed as Peter Pan and he looked like he was having a blast," she says. "We would watch my parents get dressed up and get ready to go and it looked so fun."

Emily is the third generation for a mystic women's krewe, her husband is a member of a krewe in New Iberia as well as Gabriel, and they are both in Bonaparte. Last year Emily was on the Bonaparte court, and during her presentation (decked out in a Katy Perry ensemble) she announced her second pregnancy to friends and family with giant baby dolls and signs that announced Baby Babineaux's impending arrival. Krewes are a way of life.

"This wasn't something we had to do," she says of being members of five

krewes. "We enjoy it and we want to be involved."

Her introduction into Washington, D.C., Mardi Gras has been a welcome addition to the Mardi Gras tradition, she says. 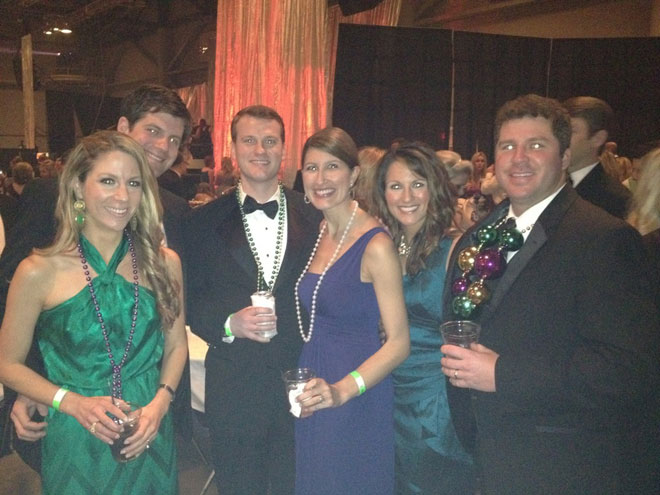 Mardi Gras-loving Allyson Pharr feels the same. She grew up in New Iberia with a great love for Mardi Gras, and when she met her husband, Tiger, hit her first D.C. celebration. It was 1995. They've been nearly every year since.

"I was awestruck," Allyson says. "It was steeped in tradition more than anything. It showcased our great state in a way that not many people get to see."

She notes the relationships established in that brief time often take years to otherwise create and can bring economic benefit to the state. Proof that Mardi Gras is much more than a party.

"The showcasing of our queens [our agricultural industry], our princesses [representing every region of the state] and the king and queen [families and businesses that have invested in our stat] provides a look into all that Louisiana has to offer, and we also know how to have a great time," Allyson says.

Her children are involved in Versailles, one of the children's krewes. She considers it the perfect introduction to the tradition of Mardi Gras.

"It also is a way to discuss the celebration of the Epiphany with our children. The ultimate celebration culminating on Mardi Gras with the beginning of the Lenten season. The more I understood the roots' of Mardi Gras, the more joyful the season," she says of her own experiences.

And while Mardi Gras holds deep meaning for the Babineaux and the Pharr families, they both note it's no hardship to participate.

"To share that with our children, with other communities is something we feel honored to do, and, yes, we have a lot of fun doing it," Allyson says.