A Lafayette resident is pursuing her educational dreams one cent at a time. 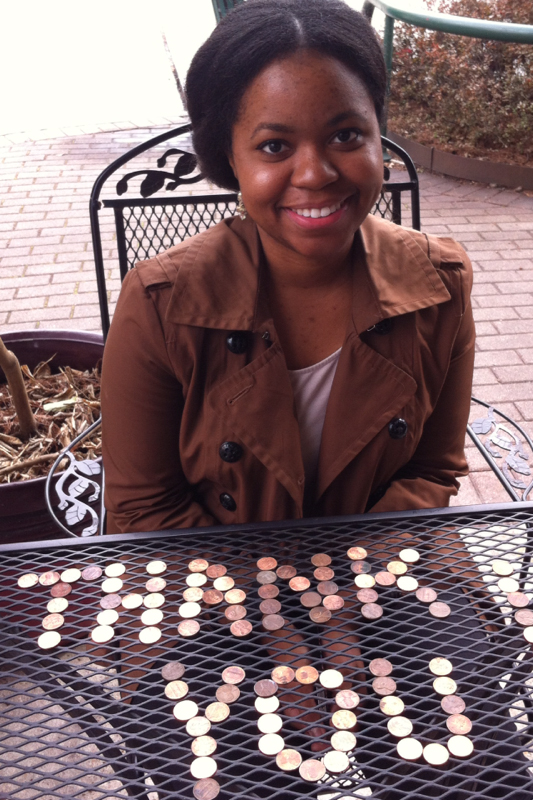 Lafayette resident Ana Veal is turning to social media to help her further her education and help struggling public schools.

A 2011 Xavier University graduate in psychology, the 24-year-old New Orleans native was accepted to a yearlong master's program at Domus Academy in Milan, Italy, but being accepted was only the beginning to making her dreams a reality; she would have to raise $30,000 to cover tuition for the hands-on program focused on creative business design. Living modestly at home and working to save up wasn't going to cut it, so Veal, self-admittedly shy, had to think outside of the box while putting herself out there, too.

"I was looking up creative fundraisers," Veal says. "I had been looking for scholarships and there just weren't very many for traveling abroad. I'd been emailing people at Xavier at the study abroad department. I didn't find very many resources so I just starting Googling."

That's when Veal stumbled upon a story about a man named Mike Hayes, who raised 2.8 million pennies in a month after reaching out to a columnist at the Chicago Tribune in the '80s.

Veal says it occurred to her weeks later, after attending a Tulane event featuring guest-speaker Frank Warren, creator of the well-known blog Post Secret,' that she should send in her secret - her wish to raise money like Hayes so she could attend her dream school.

"If you really want to do something, just start. You can start small," says Veal. After sending in her secret, she rented a post office box and started a blog for her cause. Only a few weeks later, Veal's Post Secret was published and tweeted, and her blog received more than 4,000 views overnight. Pennies and encouraging notes from all over the world began to pile up.

"I'm just going to keep going with it," says Veal. "In my business design program in Italy, you have to come up with a company and I've chosen to continue Pennies for Schools."

For her idea to continue Pennies for Schools, Veal says she drew inspiration from Matter Inc., a benefit corporation based in New Orleans that sells products to generate money for oil spill cleanup efforts.

"I was also really inspired by Sir Ken Robinson," Veal explains. "He had a pep talk about how we teach kids out of creativity. I thought that was really powerful. There's also a documentary called Shell Shocked. It's a documentary about gun violence in New Orleans and one of the people being interviewed was saying that she knows a lot of kids who just aren't able to visualize things."

So Veal's cause would be an effort to raise money for failing public schools. "I feel like, education is the most important thing that you could do for another person. Teach them something. If you can teach a child how to use Google, they can basically solve their problems.

"So that would be the mission for Pennies for Schools; to donate to schools to show kids how to be more creative, whether that's placing technology in their classrooms or upgrading their technology."

"I want people to send me their ideas because I really do read all of my cards," Veal says. "People send suggestions and comments on my blog. I really take those things to heart, so I'm open to suggestions. I'm also looking for partners - people who care about the same things I care about - to help me."