After repeatedly failing to pay back the more than $33,000 she admitted stealing from Acadiana Outreach, an "early Christmas present" was the last thing Paula Scott expected.

After repeatedly failing to pay back the more than $33,000 she admitted stealing from Acadiana Outreach, an "early Christmas present" was the last thing Paula Scott expected from 15th Judicial District Judge Edward Rubin in November. By Patrick Flanagan

While an employee of the nonprofit Acadiana Outreach Center, Paula Scott stole more than $33,000 in federal hurricane assistance money. When the theft caught the attention of the center's former director, Scott confessed and was arrested in August 2009 on theft and forgery charges.

According to the arrest record: "[Scott] would pull up old file[s] for Hurricane Katrina and Rita, copy and paste her families' names onto them, then submit them for approval. Once the checks were printed ... she would then mail and/or hand deliver them." 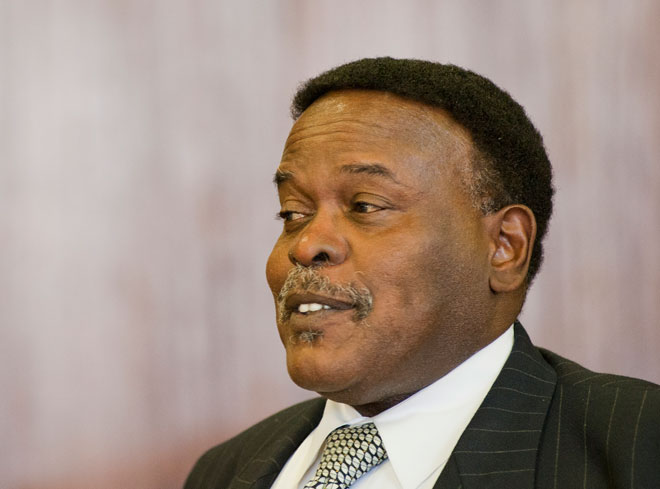 In May 2010, Scott pleaded guilty and was sentenced by 15th Judicial District Judge Edward Rubin to a suspended sentence of seven years hard labor (meaning no jail time), along with five years of probation. One of the main conditions of Scott's probation was that she would return the stolen money to Acadiana Outreach, agreeing to pay back $46,000 in monthly restitution payments of $769.

Scott's probation started in May 2010, and it didn't take long before she was back in court for the first in a series of revocation hearings resulting from her failure to make the monthly payments.

For a February 2011 story, The IND spoke with District Attorney Mike Harson, who checked the records and said Scott had "maybe" paid $250 total. The IND looked into whether Scott was meeting the conditions of her probation because of an unrelated matter involving former City-Parish Councilman Chris Williams (more on that later in this story).

By failing to meet the terms of her probation - considered a "technical violation" by the court - Scott could face a 90-day stint in jail, Harson explained at the time, though that was unlikely considering it was her first infraction. That hearing was held Dec. 15, 2011. It would be her first, but definitely not last, as she would continue to violate the terms of her probation again and again over the next three years, showing up in court for revocation hearings in July 2012, December 2012, June 2013 and finally on Nov. 14, 2013 - what turned out to be a magical day for Scott.

The IND spoke with two sources present in court during Scott's hearing on Nov. 14. According to their recollection, Judge Rubin, who could have revoked her probation, which would have meant jail time, instead told Scott he was giving her an "early Christmas present" and ruled to terminate her probation unsatisfactorily, meaning no jail time, no more required payments to Acadiana Outreach. Rubin, in essence, gave Scott a get-out-of-jail-free card that day.

The IND reached out to Rubin's office and his court reporter, Ella Savoie, in hopes of obtaining a copy of the transcript from the Nov. 14 proceedings. Savoie, despite receiving a public records request from The IND, says she's been suffering from poor health and could not produce that information before this publication's deadline. Our request for the transcript was emailed, faxed and hand-delivered to Rubin's office a week before we spoke with Savoie, who says she never received it.

Savoie did offer a copy of the minutes - which The IND had already obtained from the Clerk of Court's Office. But unlike the transcript, the minutes offer a condensed version of what happened Nov. 14, revealing only that Rubin ruled to terminate Scott's probation, without giving any details as to why. The IND also asked to listen to Savoie's audio recording of the Nov. 14 proceedings, but she said that, too, wasn't immediately available.

So, our next step was to call Rubin.

"I don't know of a Paula Scott," Rubin said when reached on his cell phone. Asked about his "early Christmas gift," Rubin says he'd "have to look back at the case." The IND offered that opportunity and a call back, but the judge declined: "I don't have a comment for you."

According to a source familiar with the inner workings of the 15th Judicial District, who spoke with The IND on the condition of anonymity, Rubin's decision in the Scott case represents an unfortunate trend in courthouses statewide.

"The judge has the option to either revoke their probation and they go to jail, or they'll do what [Rubin] did and terminate it unsatisfactorily," says our source. "Say a person is convicted for a theft of $1,000. Well, that's a realistic amount to actually get restitution, but there's a certain level you'll get to where it's just not possible for restitution to be paid. Say they steal $100,000, and the judge orders restitution, well, it's not likely they're going to pay it. They stole it because they didn't have it."

From a victim's perspective, jail time would be the appropriate alternative to restitution, yet, according to our source, that's not how the law works.

"A judge cannot simply revoke a person's probation and send them to jail because they didn't make their financial obligation," says our source. "The catch is if a defendant has the means and is capable of making restitution but intentionally does not, then there is a reason to revoke their probation and send them to prison. The issue is, what is an appropriate punishment for a person who commits theft and can't in any way make restitution?"

"I don't know of a Paula Scott. I don't have a comment for you."

Originally, Louisiana law allowed for only five years of probation, but that has since changed, allowing judges the opportunity to extend that term to allow for the full repayment of restitution. Again, that raises questions surrounding Rubin's decision to terminate Scott's probation, which wasn't set to end until May 2015. Why not extend her probation and rework her payment schedule to a more affordable amount?

The IND reached out to Acadiana Outreach Executive Director Jill Johnson Meaux to determine how much Scott still owes, but Meaux did not return our phone calls. There is, however, a possible consolation in the form of a civil judgment, which was filed Jan. 21 by Assistant District Attorney Roger Hamilton, the  prosecutor assigned to Scott's case.

According to Hamilton, a civil judgment is often a last alternative for a victim.

"The state can request a civil judgment that would allow the amount of restitution be collected civilly by the victim if they so choose," says Hamilton. "If for some reason [Scott] comes into some money, with a civil judgment filed, a victim can try to collect the money they're owed." 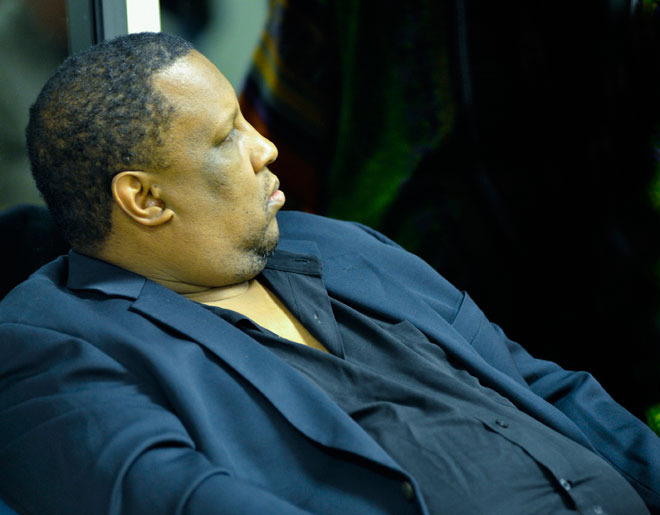 Scott returned to The IND's radar in early 2011 after Chris Williams claimed she worked on a controversial Disaster Housing Assistance Program contract he had obtained through his nonprofit Lafayette Training and Career Development Center. Caseworkers for the federal program, which was administered by the Lafayette Housing Authority, were terminated after a blistering audit of the agency, released in the summer of 2010, turned up numerous problems with how the DHAP was operating, namely the lack of time and mileage sheets to document the monthly $600 car allowance and $2,960 paychecks (based on a full-time pay rate of $37/hour for 40 hours/week).

An IND investigation revealed that Williams, who was holding down several other jobs - including a full-time post at UL Lafayette - couldn't possibly have done the DHAP work. In the short period between when auditors pointed out that time sheets were needed and the audit was released, which led to the firings, Williams et al did start turning in time sheets. But Williams' sheets revealed more than 90 hours of overlap between his time at UL and his work on the DHAP contract (and that's not counting any overlap since 2007, when he was first hired as a case worker).

Williams' response? He wasn't doing the DHAP work. He claimed two women were, including Paula Scott, who at the time also worked for his family-owned restaurant Country Cuisine.

Williams' lawsuit against LHA is set for a bench trial before Judge Edward Broussard Feb. 24.

Let's see if Paula Scott will be called as a witness; perhaps then she can explain what she did with the DHAP funds she supposedly got from Williams - and why she didn't use them to make good on her promise to return the money she stole from Acadiana Outreach.