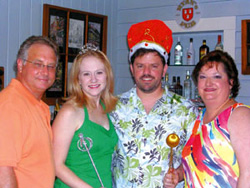 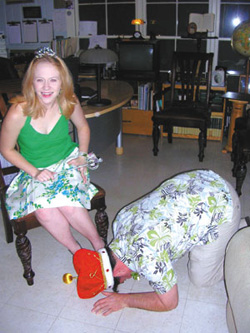 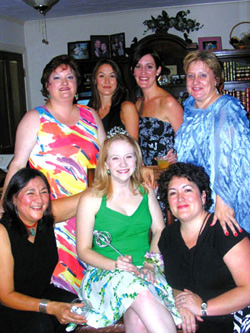 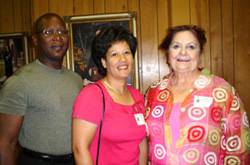 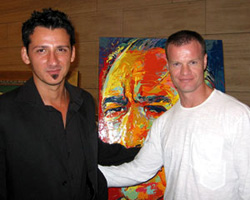 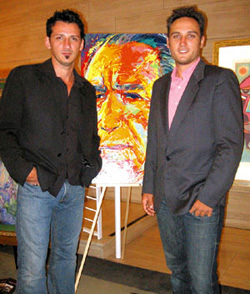 Party Girl's got good news from the party front this week. Local sweethearts Henry Florsheim (of LEDA) and Kimberly Schuler recently got engaged. The two met when Kimberly moved to town for a job with LaQuinta Inn, and their professional schedules clicked instantly. The wedding is planned for New Year's Eve, with the ceremony at Vermilionville and reception at the Petroleum Club. And the parties are just getting started! Debbey and Mark Ryan congratulated the couple with an engagement party at their home. Debbey made all the food herself and created quite a glow with candles lit around the outdoor deck and hot tub. Their daughter Arielle made an excellent bar mistress for guests Jeanette Alcon, Susan McDowell, Gerd Wuestemann, David and Mary Prichard, Terri Broussard, Aileen Bennett and Sean Riley, Andre and Angie Comeaux and Marilyn and Scott McDonald. Neither the bride nor groom's parents could make it, as both live out of state, but Henry and Kimberly's local family filled in nicely. The evening was made even more merry when news arrived that the Lafayette Little League won the regional playoffs! But back to the happy couple, congratulations Henry and Kimberly. Party Girl's already working on her New Year's Eve outfit!

I'll bet y'all are wondering what that handsome Thad Morgan's up to. Well, he's becoming quite a celebrity. Not only was he chosen as an artist in the Acadiana Symphony Orchestra's Artchestra project, but he recently returned from Beverly Hills, where he was invited to attend a VIP presentation at the Museum of Television and Radio. Thad is one of television network ARTV's award nominees for the painter in acrylics category, and the party provided a sneak peek of some of the other nominees and their work. Thad showcased a painting he did of actor Anthony Quinn. His son, Alex Quinn, from Entertainment Television's reality show, Filthy Rich Cattle Drive, was in attendance as was Luke Massy, an old friend of Thad's who's trying to launch his movie career. Thad heads to Las Vegas in October to find out if he won the ARTV award. Good luck Thad!

Back home, ASO debuted Thad's work, along with several other artists, at an unveiling announcing its Artchestra project. Much like the Pelicans on Parade a few years ago, the project asked artists to turn violins into works of art. The violins were on display at the unveiling, and in addition to Thad, artists Kelly Guidry, Bonnie Camos, Vergie Banks, Janie Bayard and Paul Schexnayder were present to kick off the project. The violins will be raffled off during the symphony season and exhibited at Iberia Bank downtown, starting Sept. 11. A party is also planned at the home of Jeanie and Pete Rush on Sept. 8, so there are plenty more events to look forward to this fall!