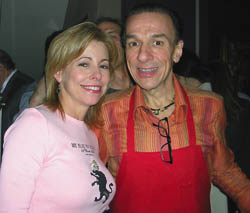 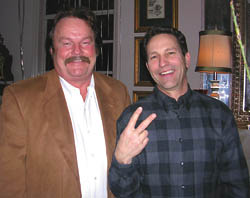 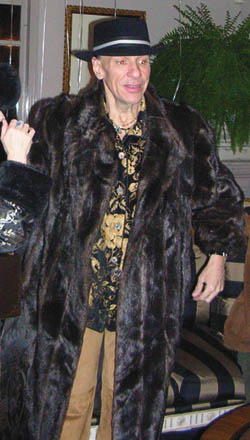 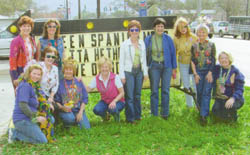 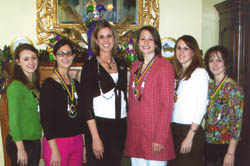 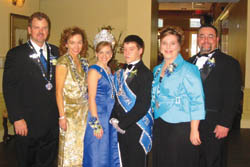 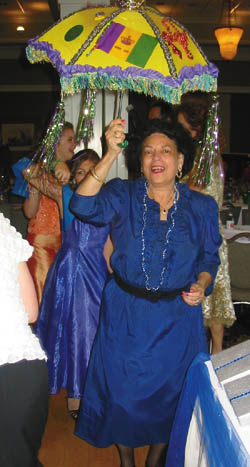 Can y'all believe that Wally Romero turned 30 again? Party Girl's favorite young-at-heart host jetted in from Paris to host his birthday Feb. 3, with as much gust and gusto as his usual rowdy parties in Arbolada. Walter Jr. got the night off from iMonelli to provide some jazz with his combo, and chanteuse Charlene Howard joined in for an impromptu performance. Wally served up hearty beef stew to guests Liz Dejean and Leon Roy, Tressie Cox, Jim and Penny McGeehee and Susan and Stanley Blackstone. Unfortunately, Wally's age started to show around 11 p.m., when he donned his silk robe, pink socks and slippers and announced to guests, "I'm tired!"

Local Mardi Gras krewes have also been putting in some late nights. The girls of the Krewe of Bon Amis celebrated its Queens' Luncheon at City Bar in Maurice recently, honoring Queen Spanish Moss XXIX Loretta Hetherwick. The Bon Amis also passed a good time at their Costume Ball Feb. 11, with the theme "Louisiana Legacies." Also holding its Queens' Luncheon was the Krewe of Olympus, with Queen Athena XVIII Sommer Sheffield at its helm. Hosted by sister to the queen, Brooke Sheffield, the luncheon at à la carte was decked out in black and white for the krewe's "Checkmate" theme and honored the queen and her Royal Court. Olympus' Queen's Tea also incorporated the theme, and guests were presented with black and white necklaces upon arrival. And to commemorate her reign, the Ladies of Olympus presented the queen with an engraved silver goblet. While the women were lunching, the men were feasting at the King's Supper. Olympus' King Ares XVII, Danny McFarland, and his Royal Dukes dined at the Petroleum Club to tunes by Chet Blackistone during cocktail hour.

The city's oldest children's krewe, Oberon, has many years of Mardi Gras party experience to draw on. Now in its 77th year, Oberon's annual gala was held at the City Club, and dancing was highly encouraged. After the court's call-out dances, the floor opened up, and members danced the afternoon away. Line dancing to "Footloose" was a fave! Krewe members and their parents munched on finger food, but the pièce de resistance was the giant sheet cake featuring the logo theme for this year's ball and pageant, "Bright Lights, Big City."