Longtime parks and rec director confirms his interest in the District 24 seat held by Elbert Guillory. 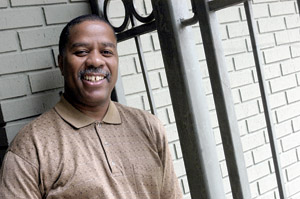 Gerald Boudreaux isn't showing his hand just yet, but he's making it clear he has a high level of interest in the District 24 Senate seat currently held by Elbert Guillory of Opelousas. The election is next year.

The longtime director of Lafayette's Parks & Recreation Department told The IND he's eyeing a run but still weighing his options.

Guillory, a Republican-turned-Dem-turned-Republican, has indicated he will seek the office of lieutenant governor in 2015. Gerald Boudreaux is a lifelong Democrat.

District 24 encompasses most of St. Landry Parish, northern parts of Lafayette Parish (where Boudreaux lives) and (since redistricting) a black majority section near Breaux Bridge in St. Martin Parish.

The older brother of Lafayette City-Parish Councilman Kenneth Boudreaux, Gerald, who has a bachelor of science degree from UL Lafayette in education, has served as a city-parish director since 1985, having worked for parks and rec since mid-1978.

Kenneth, who is in his second term on the council, is strongly considering a run for city-parish president in 2015. Should Kenneth jump into the c-p prez race, he would face off against Lafayette State Rep. Joel Robideaux and City-Parish Chief Administrative Officer Dee Stanley.

The elder Boudreaux is also well-known and well respected for his work as a college basketball official from 1984-2006, having been selected to work the Final Four five times during his career. He went on to serve as the coordinator of Men's Basketball Officials for the Southeastern Conference from 2006 through 2013.

Gerald also has a long history of community and civic involvement - he just completed a term as chairman of the board of directors of Our Lady of Lourdes Regional Medical Center. He served on the hospital's board from 2005-2013 and was recently selected to begin a six-year term as a trustee/board member for the Franciscan Missionaries of Our Lady Health System, which governs OLOL, three other hospitals and various clinics in the state.

Additionally, Gerald is on the board of the Miles Perret Cancer Services Center, is active with its healing ministry and is a member of the Martin Luther King Holiday Committee, where he has served as chairman since 1993.

Last year he was appointed to a three-year term on the board of directors of the Louisiana Sports Hall of Fame.

Gerald and his wife Carlos have three daughters.