For far too long, the oil and gas industry has been given free reign by our state's lawmakers to ravage our coastline.

For far too long, the oil and gas industry has been given free reign by our state's lawmakers to ravage our coastline.

"Every generation has a great challenge, and this is the Vietnam of the next generation ... but instead of shipping off to war, their big challenge will be the environment," says retired U.S. Army Gen. Russel Honoré, whose leadership in the wake of Hurricane Katrina helped turn around what was originally a poor response to the situation in New Orleans. Honoré now leads the Green Army - a coalition of local groups attempting to stop the gross industrial abuses of our environment. 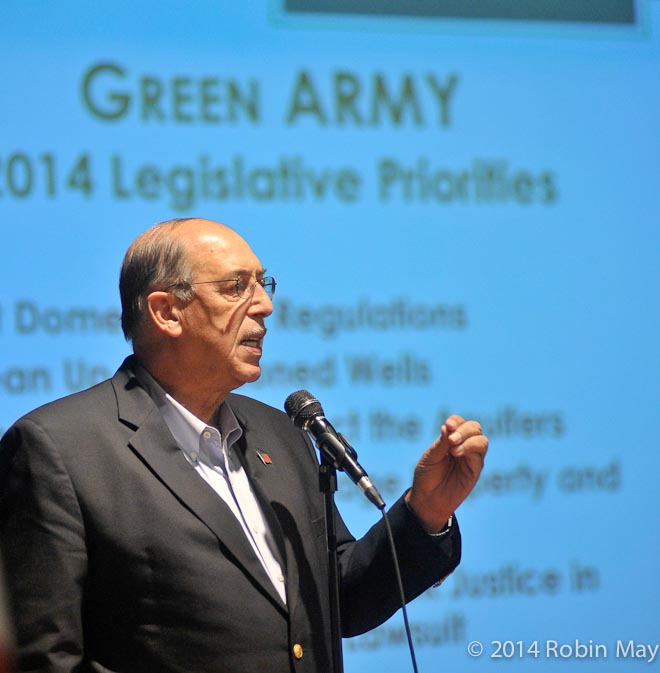 "Every generation has a great challenge, and this is the Vietnam of the next generation ... but instead of shipping off to war, their big challenge will be the environment," retired U.S. Army Gen. Russel Honoré said Thursday night at the Clifton Chenier Center.

"There's an expiration date on clean drinking water in Louisiana, and this is because of the acts of men, greed and a failed democracy - a democracy that put the flags of oil and gas companies over our state capital," says Honoré, who was joined for a panel discussion Thursday night at the Clifton Chenier Center by attorney Warren Perrin and John Barry, the former vice president of the Southeast Louisiana Flood Protection Authority-East who is spearheading a lawsuit filed last year against 97 oil and gas companies for the damage they've wreaked on our diminishing coastal lands.

For decades our state legislators have created an environment that puts the interests of the oil and gas industry above the interests of the people, says Honoré, pointing to the lack of oversight by the state Department of Natural Resources, which he says has allowed 80 percent of the mineral royalties owed to the state to go unpaid.

"Oil companies are allowed to self-report. They get to tell us what they got," explains Honoré. "We also have 6,000 abandoned wells along our coastline because our Legislature created a rule that if [the oil and gas companies] sign a piece of paper once a year saying that [they] may go back, then they don't have to cap those wells."

Barry, in a meeting Thursday morning with The IND's editorial staff, says the SLFPA-E lawsuit will undoubtedly meet opposition in the upcoming legislative session, as industry lobbyists and our governor - who played a big role in ensuring Barry would not be renominated to the board after his term expired late last year - have vowed to kill the suit.

Though Barry no longer sits on the board, he's still actively involved in preventing the derailment of the SLFPA-E lawsuit through his nonprofit Restore Louisiana Now.

"All we're asking is what every parent or teacher asks of their kids: Keep your word, obey the law and take responsibility for your actions," says Barry. 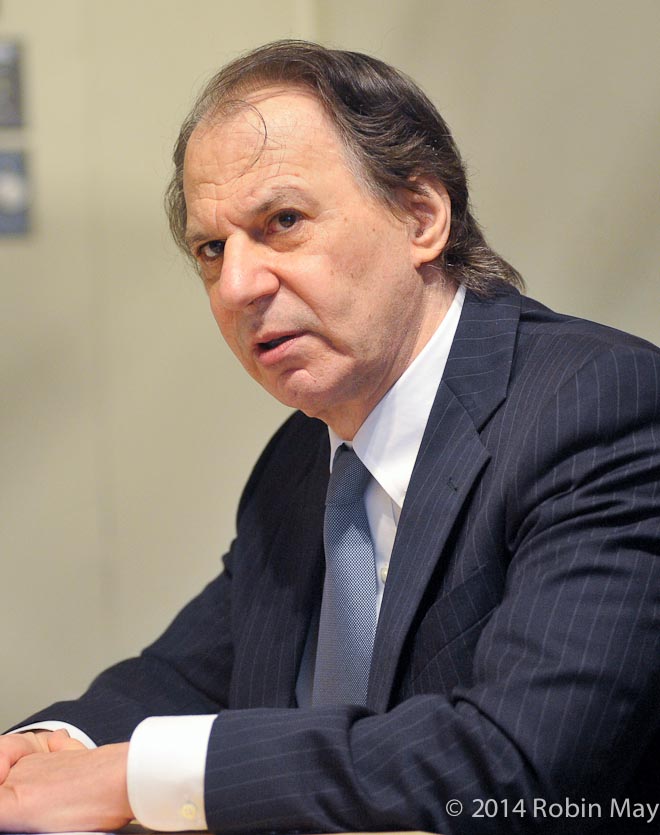 John Barry explains the levee board's lawsuit against 97 oil and gas companies during a meeting at The IND's office Thursday morning.

According to Louisiana's Coastal Zone Regulations, which are backed by state law, when oil and gas companies sign permits for drilling, or for dredging exploration canals, they are agreeing to return the land to its "pre-existing condition." That, however, rarely happens, says Barry, and despite a number of studies showing the industry has caused up to 80 percent of Louisiana's total coastal land loss, he points to an industry sanctioned study that still attributes 36 percent of that erosion to oil and gas operations between 1932 and 1990.

Although the state has a master plan for how to fix the problem, its $50 billion price tag, as of now, will mostly be footed by taxpayers, not the industry, adds Barry.

"Beginning in March, the industry and our governor have promised to kill the lawsuit in the Legislature," explains Barry, while speaking during Thursday night's panel discussion. "What they're saying is, We're above the law,' and I don't think they are. It's up to us to make sure the law applies to them as it does to everyone else."

If the suit does survive the session, Barry says he expects it will result in a negotiated 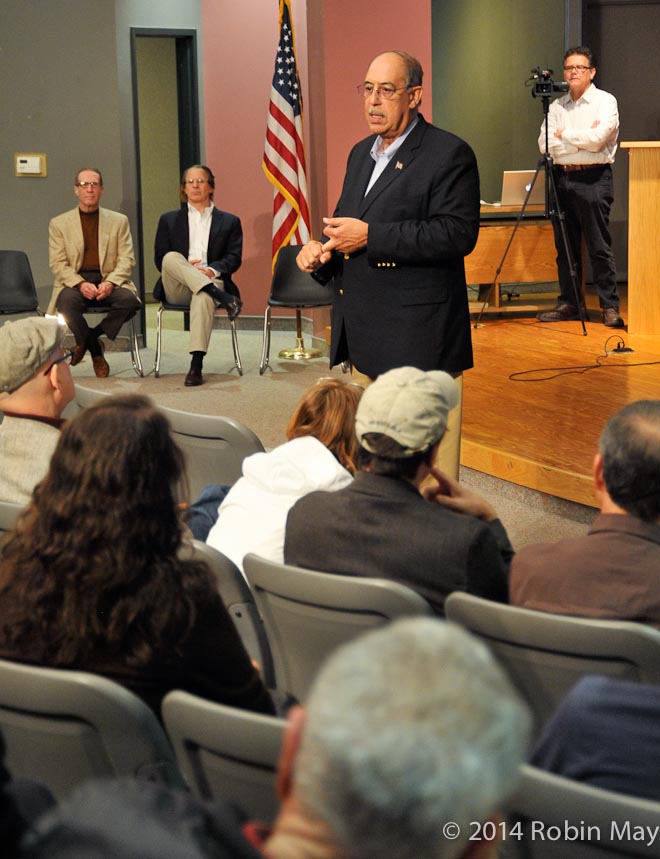 settlement. While the SLFPA-E lawsuit only applies to the coastal land east of the Mississippi River, its filing last July prompted a number of coastal parishes to file similar lawsuits against the industry. Though Barry says the parish suits may have delayed a settlement in the SLFA-E case, in the long run, the multitude of suits could result in a statewide solution, assuming the levee board's suit survives the upcoming session.

Despite Jindal's pledge to stop the suit, a recent poll commissioned by Restore Louisiana shows that a majority of coastal Louisianans do not share the governor's sentiment. Of the 1,000 respondents, 74 percent were against a legislative intervention, while 90 percent agree that the oil and gas industry should pay. In Acadiana, despite its designation as the Hub City of the oil and gas industry, 62 percent of the people polled were against intervention by the Legislature.

While naysayers like Louisiana Oil and Gas Association President Don Briggs are quick to say any attack on the industry will lead to a mass exodus that will leave countless Louisianans jobless, Barry says that's "highly unlikely," and for Gen. Honoré, such claims are nothing short of "psychological warfare." That tactic, he says, has been used on the people of this state for far too long.

According to Honoré, it's time to put up a fight and take our state back.