The Gazette is back
After ceasing operations in 1996, the Attakapas Gazette has returned, albeit in a different format, according to this press release from the Attakapas Historical Association. Like the original publication, which first ran in 1966, the Gazette will continue focusing on historical articles, as well as folklore, biography and genealogy.

"For a number of reasons the Gazette slipped from being a quarterly to an annual; then it ceased publication entirely," says historian Shane Bernard in a prepared statement. "Wisely, however, Professor Glenn R. Conrad of the University of Louisiana at Lafayette - who had been closely associated with the publication - deposited the defunct journal's assets in a bank account, hoping that someone, at some time, would resurrect the Gazette. The newly reconstituted Attakapas Historical Association has done precisely that. With the cooperation of the university's Center for Louisiana Studies, which Conrad oversaw from its founding in 1973 to his death in 2003, the AHA has brought back the journal from extinction."

In its revived format, the Gazette will be published exclusively as a digital journal released quarterly. Included in the first issue are a biographical sketch by Bernard on St. Mary Parish sugar planter John C. Marsh, as well as a look into the origins of the word "coonass" by folklorist Barry Ancelet, among others.

Neglected horse euthanized; owner to stand trial
Here's a sad and disturbing story from The Daily Iberian about an animal cruelty case involving Quincy Durel Jones of Jeanerette and his horse, which lost one of its hooves and was euthanized after being left unattended last year. Jones faces a charge of animal cruelty and appeared in city court last week.

According to Jones, before leaving to work offshore in September, he made sure the horse had plenty of food and water to get by while he was gone. He also enlisted the help of a caretaker to check in on the animal while he was away.

"I was offshore, and when I came back in my cousin Robert told me to go check my horse, that her leg was gone," says Jones. "I looked at her, I tried to calm her. I called a vet, and I called the sheriff."

While the cause of the horse's injury remains unknown, upon Jones' return, he found the animal suffering from severe leg wounds. It was also missing a hoof. The animal was euthanized, and Jones now faces a potential fine of up to $1,000 or up to six months in jail.

"Because of the severity of this case, we are looking at the maximum penalties," says City Court Judge Cameron Simmons. A trial date is set for April 3.

Jones says he takes full responsibility but doesn't want to do jail time because he fears losing his job. According to The Daily Iberian, he also says he's learned a valuable lesson: "Make sure you leave your horse or any animal with someone who is going to take care of them for real." 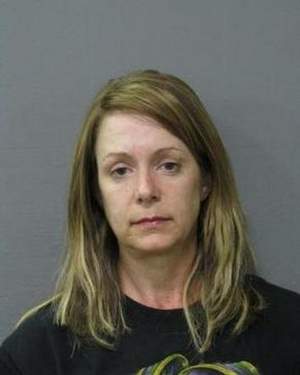 Tammy Romero faces a manslaughter charge after killing her live-in boyfriend in what could have been an act of self-defense.

Manslaughter or self-defense?
Tammy Romero of Youngsville is facing a manslaughter charge for admittedly killing her live-in boyfriend, Victor Wirtz, but according to this report from The Daily Advertiser, her case may raise some uncomfortable questions for the Youngsville Police Department. Though Romero admits to shooting Wirtz on Oct. 31, 2012, it could be argued that she was acting out of self-defense.

According to the arrest record, Romero admitted to shooting Wirtz, albeit accidentally, after a verbal fight turned physical. While attempting to call police, Romero alleges she was struck in the head by Wirtz as he tried to grab her cellphone. "[Romero] advised [Wirtz] grabbed her wrist during which time she pulled the pistol's trigger and it discharged, striking the victim," the record states. "[Romero] advised she did not mean to shoot the victim but admitted to willfully pulling the pistol's trigger."

According to the Advertiser, Romero also has a pending civil suit against the Youngsville PD, alleging they didn't take her claims of abuse seriously. On several occasions, Romero claims she sought the help of the police, and on June 28, 2011, she filed for a protective order against Wirtz after "failing to receive protection or help form the City of Youngsville Police Department, and out of a sense of desperation," the suit reads.

LSU law professor Ken Levy, in an email to the Advertiser, says Romero's legal strategy, instead of claiming self-defense, is attempting to focus the blame for her actions on the Youngsville PD. That approach, he adds, may not help absolve her of the manslaughter charge. "Though it might win her some damages in the civil lawsuit she filed against the Youngsville police ... I don't think it would absolve her of manslaughter."

According to Levy, a restraining order alone "does not require police to stand guard at the petitioner's house, ready to step in at the first sign of an argument or fight."