City-Parish President Joey Durel's dismissive response to a question regarding a possible ordinance prohibiting discrimination against gays and lesbians during the question-answer period following last week's State of the Parish address is ruffling some feathers.

Durel was asked, "When will an ordinance or resolution guaranteeing equal rights and treatment for gay, lesbian, bisexual, and transgender individuals be advanced?" 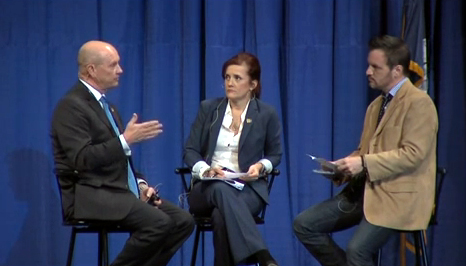 The city-parish president replied, in part, "It's not something that we in local government will ever, ever deal with. It's not important. It's not going to accomplish anything. It's symbolism over substance," and closed by characterizing such an ordinance as "silly." (The full video of the SOTP address along with the Q&A is at the bottom of this story; Durel's response to the LGBT question begins at 39:34.)

The response had social media abuzz, and Durel's comments ultimately reached the ear of Forum for Equality Louisiana, a gay-rights group that on Wednesday announced a lawsuit challenging Louisiana's constitutional ban on recognizing same-sex marriages performed in states where it's legal.

"We were very disappointed to hear his dismissive comments about LGBT equal rights, especially since we have worked with his administration towards inclusive policies for Lafayette," says Mary Griggs, board chair for the New Orleans-based group.

In most communities in Louisiana - except in New Orleans and Shreveport, both of which have passed ordinances banning discrimination based on sexual orientation - a person can be fired from a job or face a host of other discriminatory actions for being gay. Gaining the same legal protections that are extended based on race, religion, age and gender has understandably been a long-running goal of the LGBT community. 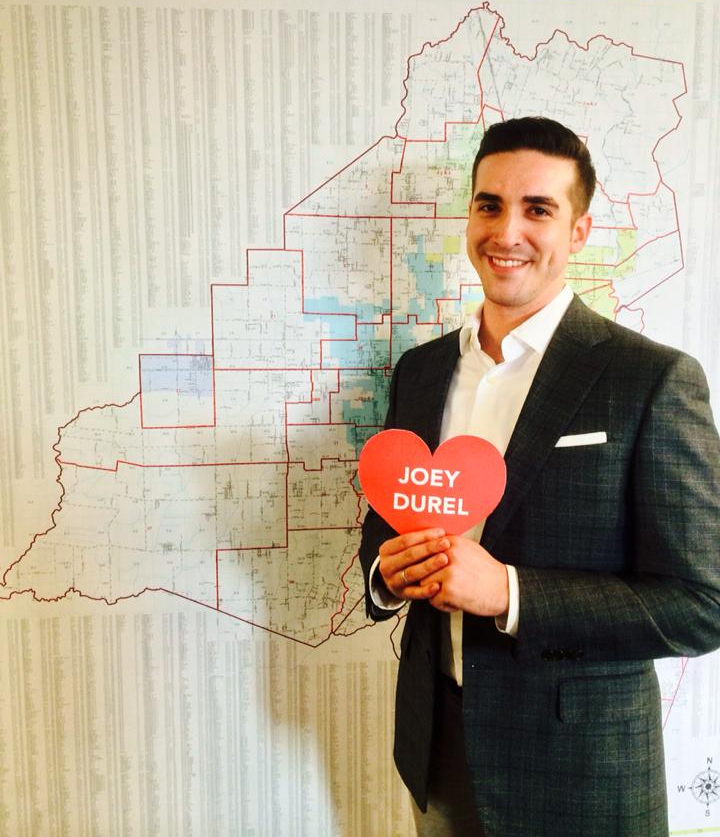 In 2010, local gay-rights activist Colin Miller, then a regional field director for Forum for Equality, and former Stonewall Democrats board member Stephen Handwerk, who now serves as executive director of the Louisiana Democratic Party, approached the Durel administration about updating Lafayette Consolidated Government's Policies and Procedures Manual to add "sexual orientation" to the list of characteristics protected against discrimination within local government. LCG's Equal Employment Opportunity guidelines already listed sexual orientation as a protected characteristic. Chief Administrative Officer Dee Stanley, who will seek to replace the term-limited Durel as city-parish president in 2015, represented the administration.

It took about a year but, according to Miller, Stanley notified him in late 2011 to say the Policies and Procedures Manuel had been updated and was now in line with Equal Employment Opportunities guidelines.

"I do truly believe that Dee is a fair-minded man on LGBT issues," Miller tells The IND.

Miller says Durel never attended any of the meetings regarding LCG's anti-discrimination policies and, juxtaposed with Stanley's equitable handling of the issue, Durel's comments during the State of the Parish Q&A were a jarring reminder that much work remains to be done.

But Miller has taken the high road. On Friday, AOC Community Media will broadcast Valentine's Day messages that Lafayette residents taped over the last week. Miller taped a tongue-in-cheek Valentine's message to Durel. He also updated his Facebook profile picture with a photograph of himself holding a heart bearing the legend "Joey Durel." All in good fun.

Yet for Forum for Equality and other groups fighting to achieve the same legal protections for gays against discrimination and harassment, it's pretty serious business.

"In order for Lafayette to have the best possible future, all voices need to be heard and, frankly, we're better together," says Forum's Griggs. "LGBT people are not advocating for special rights, but for equal rights, especially in the areas of employment, housing and accommodations."