Eunice Police officer Richard Abadie was caught on camera in February 2013 throwing a man into a chokehold during a routine traffic stop. Abadie has since been suspended from the department.

Leaked video leads to officer's suspension
Richard Abadie, the Eunice Police officer who crossed the line during a routine traffic stop in February 2013, has been suspended indefinitely from the department, according to this report from KATC TV3.

The incident came to light after footage from Abadie's dashboard camera was leaked online late last year, prompting protests from the community and calls for his job.

The leaked video, which was posted Nov. 12 on Youtube, shows Abadie involved in a routine traffic stop. Almost immediately after making contact with the vehicle's driver, Archillus Hebert, Abadie quickly becomes agitated. After Hebert denies stashing contraband, Abadie knocks him to the ground. When Hebert continues to deny the claim, Abadie flat-out loses it, and grabs the handcuffed man by the throat and slams his body against the trunk of his vehicle, prompting suggestions from his fellow officers - who'd just arrived on the scene - to cool his jets.

According to KATC, Eunice Police Chief Ronald Dies says the FBI was brought in for an investigation to determine if Abadie's actions were criminal. The FBI cleared Abadie of any wrongdoing, but according Dies, his handling of the traffic stop violated department policy. Dies did not say when Abadie will return to the department, but one look at his checkered-past raises questions on whether he should ever be allowed to wear the badge again.

Abadie, while an officer with the Breaux Bridge Police Department, was arrested in August 2009 on charges of indecent behavior with a juvenile and computer-aided solicitation of a minor. The alleged victim, however, withdrew the complaint and charges were dropped, though Abadie still resigned from the department shortly after the incident made headlines. Abadie was also called out by a number of Eunice residents during a city council meeting last year. During that meeting, residents raised concerns over Abadie's aggressive treatment of minorities, which was later witnessed in the dash cam video of his manhandling of Archillus Hebert, a black man. 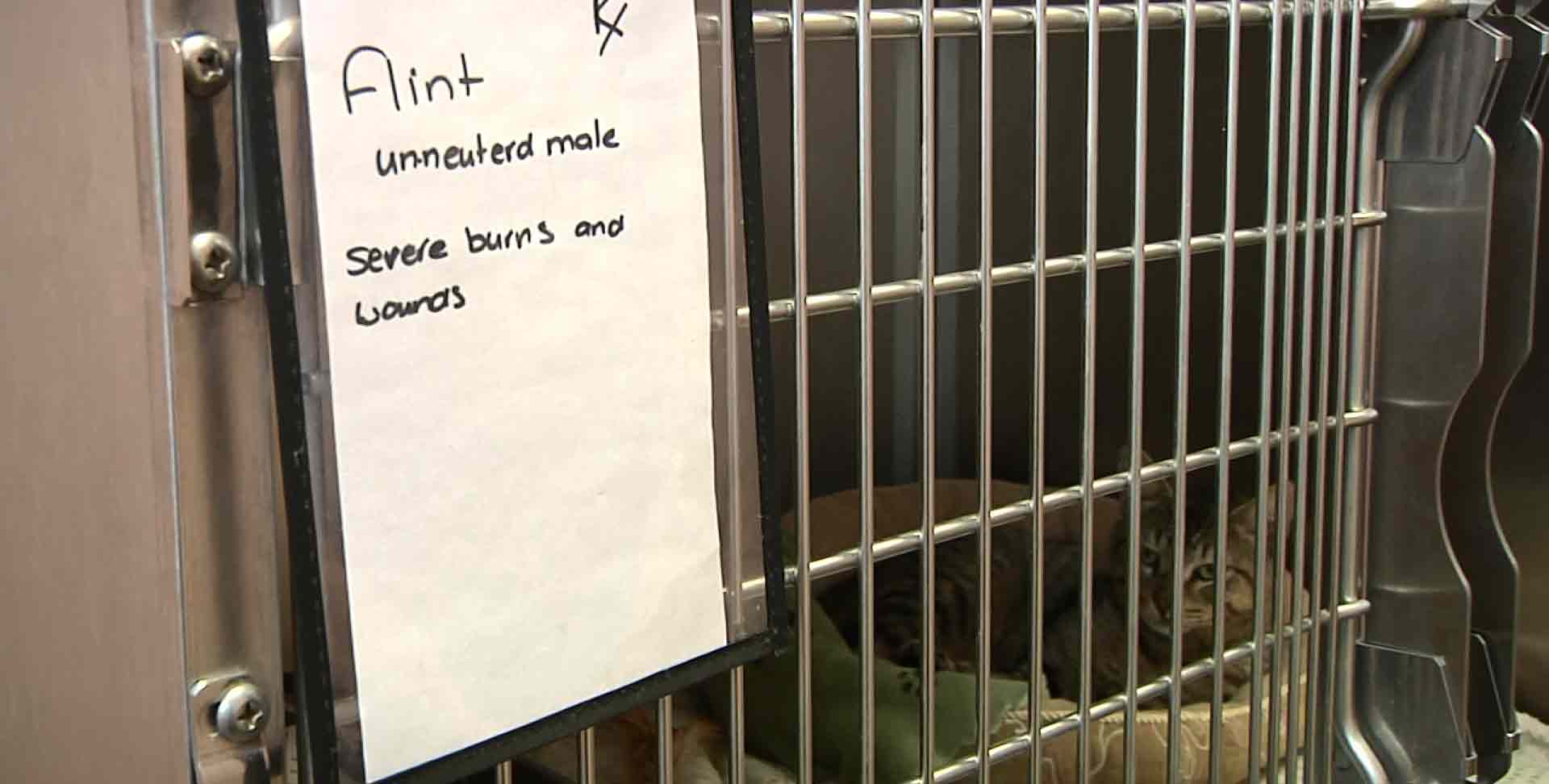 Tortured feline hangs on
Flint the cat is one resilient feline.

According to this report from KLFY TV10, Flint arrived recently at Lafayette Animal Aid after being viciously thrown into a fire.

"[They] threw him in a fire," cat care technician Maura Ferguson tells KLFY. "He's a very loving cat so he was probably looking for affection. His hair is still singed. His whiskers are gone - they've been burned off. And just seeing that happen to him is so awful because he's such a wonderful cat."

What's disturbing about this story is that Flint's case is not unique, and according to Animal Aid Development Director Heidi Peterson, the number of tortured animals to arrive at the shelter far surpasses the number of arrests for animal cruelty.

After undergoing one surgery, Flint is in stable condition, yet due to the severity of his injuries, he will likely require another round. "Some toes may have to be amputated, but we're waiting to see how it goes, how he recovers and responds to the treatment so far," says Ferguson.

No foul-play suspected in mansion fire
The 18,000-square-foot home on Verot School Road that burned to the ground Jan. 19 has been deemed accidental, reports the Acadiana Advocate.

Though Ralph Wadleigh, the home's owner, says he believed the fire resulted from several motorcycles left running unattended in the garage, a report released Tuesday by the Lafayette Fire Department states that an exact cause could not be determined.

"After a complete investigation into the fire, the cause of the fire was determined to be accidental," states the report.