New questions arise about whether a consultant for the school system tried to grease the skids with Saints swag.

New questions arise about whether a consultant for the school system tried to grease the skids with Saints swag.

Much of what went on behind the scenes last year during the Lafayette Parish School Board's selection of an employee health plan remains in the dark - for now. But what has come to light are the questionable ethics of the board's insurance consultant, namely what at least one member says was her attempt to bribe him with tickets to a New Orleans Saints game.

That consultant is Rina Tikia of the Tikia Consulting Firm out of Metairie. Her selection was spearheaded last year by board members Hunter Beasley - now the board's president - and Tehmi Chassion. Their motivation behind pushing so vigilantly for Tikia's hire has raised eyebrows, especially after their 2012 attempt to select a health plan provider that would have financially benefited Chassion's half-brother, City-Parish Councilman Brandon Shelvin. Read that story here.

Approval of Tikia's contract came up for a vote at the board's July 2 meeting. The board - perhaps off-put by her increased fee request, which jumped $100,000 from her original RFP response - voted to table the matter.

After drawing the ire of a group of retired educators over her mishandling of the RFP process and her push to hire Key Benefit Administrators - a little known company out of Indiana - it now appears that Tikia may have started getting nervous as the board's final decision on the health plan approached.

Following Tikia's recommendation on Aug. 8 to hire KBA, the board, during two meetings in September, rejected her recommendation, despite motions for approval from Chassion and Beasley. Then, at its Oct. 2 meeting, the board approved KBA to replace Blue Cross as the school system's heath provider. Voting for KBA were board members Beasley, Chassion, Kermit Bouillion, Mark Cockerham and Rae Trahan, with Tommy Angelle, Greg Awbrey, Mark Babineaux and Shelton Cobb voting against it.

That decision, however, was rescinded at a special meeting on Oct. 22, with only  Chassion and Trahan voting against the resolution. Beasley was absent. The Tikia issue reached a boiling point during an executive session held last week when Chassion called the Lafayette Police Department claiming he'd been accosted by Superintendent Pat Cooper. Read more on that here.

The IND has confirmed with two board members that sometime before that Oct. 2 decision to hire KBA, Tikia handed each of them an unmarked envelope that contained two tickets to a New Orleans Saints game.

"I've had Saints tickets in the past, and I didn't need em," says board member Cobb, who at the time was the board's president.

Cobb says he did not accept Tikia's attempted gift (individual tickets range in value from $45 to $318). 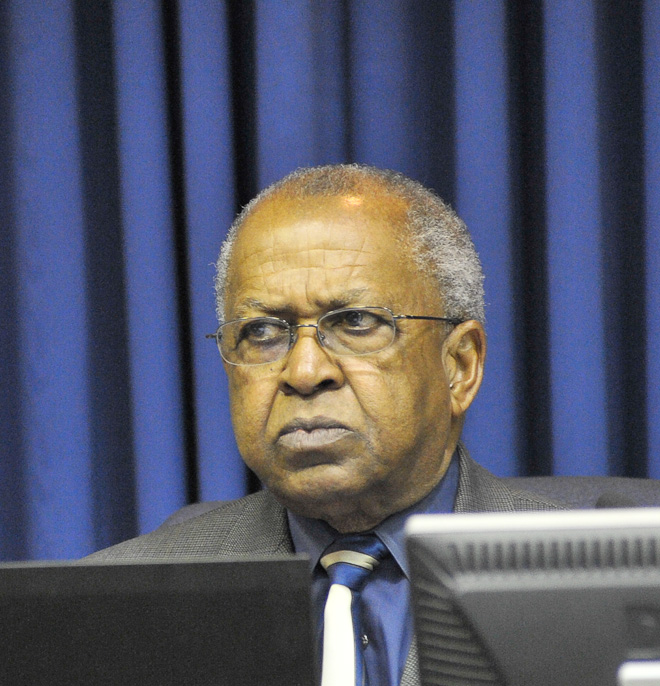 "I've had Saints tickets in the past, and I didn't need 'em," says school board member Shelton Cobb, who refused insurance consultant Rina Tikia's offer to see a game last year.

Board member Cockerham says Tikia approached him sometime before the Oct. 2 meeting with the unmarked envelope. Inside the envelope, says Cockerham, were two tickets for the Saints game against the San Francisco 49ers on Nov. 17.

Cockerham, who didn't go to the game, says he attempted to return the tickets to Tikia during the board's special meeting on Oct. 22, when it voted to stick with Blue Cross for one more year and restart the selection process over again in 2014.

"When we voted to end the process, that night I brought the tickets with me and told her I couldn't take this, but she made it very clear she wasn't taking them back," says Cockerham. "I know it doesn't look good, but I'd never been through this type of situation before, and at the time I didn't realize what was going on, that she was trying to bribe me. Obviously that's what she was trying to do. I have nothing to hide though, and I feel this needs to come out."

Cockerham says he didn't use the tickets.

Cockerham declined to comment on whether he planned to file a complaint with the state Board of Ethics, saying he believes such matters require confidentiality on the part of the person filing the complaint.

He did, however, say he thinks other board members may have had a hand in Tikia's decision to offer the tickets.

"Because I had sabotaged their selection of [Southern Benefits] the year before, I think certain people knew I was capable of doing that again," says Cockerham. "I think they played this so delicately and that her job was to target me on this. I was set up. I think they were trying to put me in a corner because they were obviously concerned about me."

Kathleen Allen, ethics administrator for the Louisiana Board of Ethics, spoke Wednesday with The IND, and though she wouldn't directly comment on whether receiving Saints tickets was a violation of the state's ethics code, she did say "The law prohibits public employees from receiving things of economic value from certain persons persons seeking a contractual relationship with their agency."