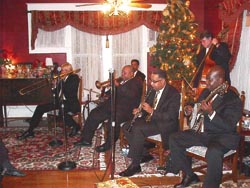 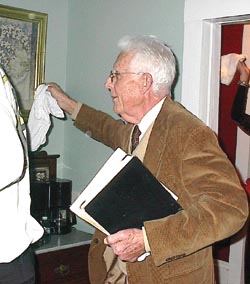 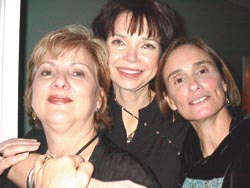 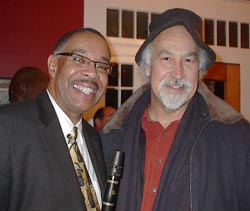 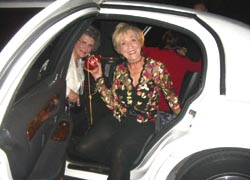 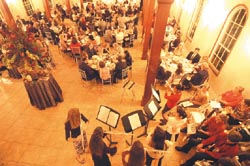 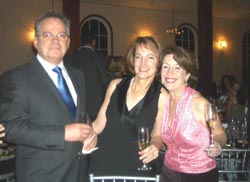 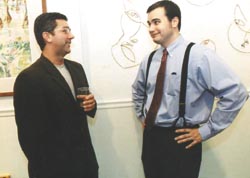 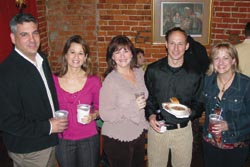 More and more New Orleanians keep making their way to Lafayette and, thankfully for us, bringing their spirit and traditions with them. That spirit was more evident than ever at the recent benefit concert for Dr. Michael White and the Liberty Jazz Band held at the Denbo-Montgomery House. Party Girl could feel the Crescent City beat before she even opened the door, with the twinkling Christmas lights and traditional New Orleans jazz reverberating from the house. Upon entering, I felt like I'd stepped back in time into a 1920s speakeasy, where everyone was plain 'ole having a good time. Even Elemore Morgan Jr., with his sketchpad in hand, participated in the second line. Most of the guests were hurricane evacuees who needed to bond together, and Xavier University professor and clarinetist Dr. Michael White helped them do just that. The party was hosted by Sharon and Tim Foley, also evacuees and art brokers. In lieu of a ticket price, donations for White and his New Orleans Jazz Archives Restoration Project were accepted. Party Girl wishes you the best, Dr. White!

An experience with more of an otherworldly flair was the Performing Arts Society of Acadiana's annual Harvest Bacchanal dinner, the final event in its Wine Escapades. L'Eglise, a restored mission chapel situated in a field between Youngsville and Erath, was the perfect harvest backdrop for the event, and Chef Pat Mould took advantage of seasonal offerings for his Fall Pumpkin Cheesecake. L'Eglise owner Merilyn Crain set the mood with bare trees that formed a canopy at the entrance and votive chandeliers. Centerpieces of Christmas greenery included Vivian Alexander eggs ' on loan. And the event wouldn't have been complete without wines flowing from Glazer, enjoyed by Charlene Bright, Gail Robinson, Pam Blackstone and Art and Julie LeBlanc. "Repeat patrons commented that the wine choice was the best it's ever been," says PASA's Natalie LeBlanc.

And for the party wrapup, more New Orleans evacuees were welcomed to Lafayette by Perrin, Landry, deLaunay, Dartez & Ouellet. The law firm hosted a wine and cheese social for New Orleans firm Smith Stag, which temporarily relocated to Lafayette. The social included a viewing of Galerie Eclaireuse's exhibit of artists from the Big Easy and Mary Perrin's Elegy for South Louisiana at the Acadiana Center for the Arts. Down the street, The Lafayette Chamber of Commerce's annual diplomat Christmas party took advantage of one of the last opportunities to gather at Chris' Po-Boys downtown, in addition to its chicken and sausage gumbo, meat pies and of course po-boys. Party Girl's going to ask Santa to find a way to keep Chris' open, but there's only so much one girl can do!