A strange cast of witnesses has been subpoenaed by the attorney for former City-Parish Councilman Chris Williams for his upcoming civil case against the Lafayette Housing Authority.

A strange cast of witnesses has been subpoenaed by the attorney for former City-Parish Councilman Chris Williams for his upcoming civil case against the Lafayette Housing Authority. Williams' case will be heard by 15th Judicial District Judge Edward Broussard beginning at 8:30 a.m. Monday, Feb. 24.

Among the witnesses attorney Harold Register has subpoenaed on behalf of his client are former state Rep. Rickey Hardy, City-Parish President Joey Durel and former LHA board members Buddy Webb and Joe Dennis, former LHA Executive Director Walter Guillory. Additional witnesses who have not been subpoenaed are expected to be called.

Williams' lawsuit stems from his time as a contracted case worker for the federal Disaster Housing Assistance Program - designed to assist less fortunate families find housing in the wake of hurricanes Katrina and Rita - and his termination in August 2010. Williams says he is owed about $20,000 in back pay for himself and his nonprofit corporation, the Lafayette Training and Career Development Center, which he claims was the entity contracted through the federal program.

"I have no idea why I'm being subpoenaed," says former LHA board member Buddy Webb, who had already resigned from the board when it terminated Williams along with several other case workers. "I didn't even know about the DHAP contracts until I saw the audit. The hearing is about his contract and whether it's valid. I had no knowledge of that, so why am I being subpoenaed? What do I have to say?"

The audit referenced by Webb was released in the summer of 2010 and revealed a number of serious management issues at LHA - the local administrator of the DHAP - prompting a federal probe into the agency's operations. That probe eventually led to charges being filed against LHA's former Executive Director Walter Guillory - who also headed the Opelousas Housing Authority. Guillory is expected to enter a guilty plea in federal court Friday for his role in a bid-fixing scheme in which he allegedly received more than $100,000 in bribes during his tenure heading the two agencies. 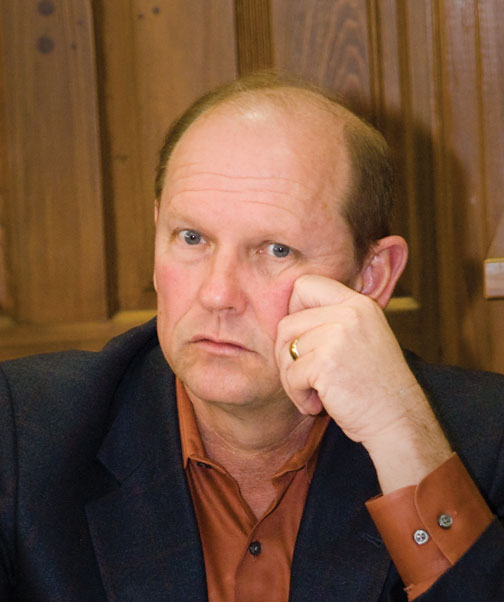 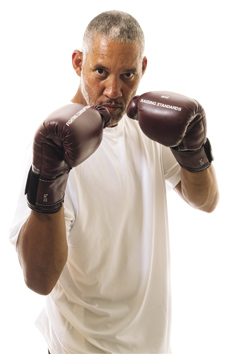 Williams' termination from the LHA-administered program ultimately resulted from the independent audit, which revealed more than $240,000 in questionable payments to DHAP case workers who were not filing time or mileage sheets to substantiate their $600 monthly car allowance and $2,960 paychecks (based on a full-time pay rate of $37/hour for 40 hours/week).

An IND investigation raised further questions on Williams' ability to maintain the full-time work load required of the federal case workers after it was discovered he also held a full-time job with UL Lafayette, along with at least one other contractual obligation. In response, Williams claimed two female workers from his nonprofit, Paula Scott and Michelle Mouton, were the ones actually doing the work.

According to the Lafayette Parish Clerk of Court's Office, neither Scott nor Mouton have been subpoenaed as witnesses. While they would likely be friendly witnesses for Williams and thus would not be subpoenaed by him, one would think LHA's attorney, Robert David Jr., would want to hear from them.

While Williams will argue he's owed back pay because the contract was canceled without what he will claim was a required notification (a contract LHA will aim to prove was never renewed), at the heart of his argument remains whether he ever did the work he was being paid for. That's at least part of the reason the LHA board terminated the contracts. And if Scott and Mouton did the DHAP work while he was at other jobs, wouldn't David want to see their pay stubs?

"How can I be a witness?" questions Hardy. "I wasn't on the housing board, I wasn't in a contract with [Williams], and I don't have any first-hand knowledge of this case. I know I might look a little like Walter Guillory, but my name is Rickey Hardy. I'm guessing he just wants to sequester me so I can't hear the trial. I just hope the judge or the opposing attorney asks that it be quashed and I be removed; otherwise I guess I'll be seeing him on the 24th."

Former board member Webb says he and fellow board members may never have known about the DHAP contracts had it not been for the problems pointed out by the audit.

According to Webb, the most recent work allegedly performed by Williams and other DHAP contractors (the contracts were extended several times) was approved verbally by LHA's former deputy director, Jonathan Carmouche. There was no written extension.

Carmouche was at one time on Williams' subpoena list, according to court records, but is no longer.