No, state Rep. John Bel Edwards doesn't want to toss The Dude' in the slammer and throw away the key. 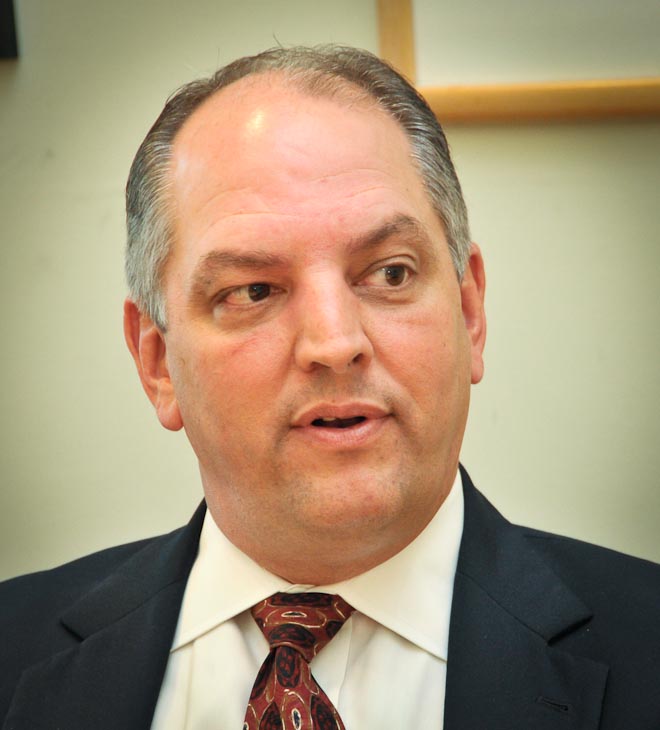 State Rep. John Bel Edwards, an Amite Democrat who hopes to replace Gov. Bobby Jindal in next year's election, wants everyone to know that a pre-filed bill he co-authored for the 2014 legislative session does not seek to throw marijuana users in the slammer for 20 years.

The bill, HB 103, co-authored with Republican Rep. Franklin Foil, targets only dealers of heroin, increasing the minimum mandatory sentence from five years to 20 years and maximum mandatory from 20 to 50 years. But a casual reading of the bill, which makes reference to Schedule I narcotics, of which pot is a member, led some on social media to jump to the conclusion that the bill was a sweeping ante-upper in the War on Drugs - and in a state like Louisiana, which has the highest incarceration rate in the nation, a wholly intolerable one.

Not so, says Edwards, an attorney and West Point graduate now in his second term in the House of Representatives.

"If you read the headings, the obvious conclusion that one would draw is actually incorrect," he tells The IND. "The bill singles out heroin and a few related opiates - first cousins to heroin - and it will treat them differently than the other Schedule I drugs. So what the bill would seek to do is to increase the penalty for distribution of heroin from five years to 20 years in response to overwhelming evidence coming from law enforcement officers, coroners and the DEA about what is happening in Louisiana and the country as a whole with respect to an exponential increase in heroin use and heroin deaths because for a variety of reasons - and it's not exactly clear why - heroin has just taken off on the streets."

The Advocate reported last October on a startling rise in heroin overdose deaths in Louisiana. "Heroin is slowly becoming, and I believe has become, at the level of an epidemic," Assumption Parish Sheriff Mike Waguespack told the Baton Rouge daily at the time. "You are playing Russian roulette with heroin. We are going to see more cases of overdoses."

The Legislature in 2001 reduced the mandatory life sentence without parole for heroin distribution to the current five to 20 years of incarceration. That, some speculate, has made the risk tolerable for dealers. The Advocate also reported that the number of heroin exhibits processed by the Louisiana State Police Crime Lab for evidence in trials of accused heroin dealers increased threefold between 2011 and 2013.

And additives like powerful pain killers - the recent death of actor Philip Seymour Hoffman comes to mind - have made heroin use even more dangerous, Edwards adds. Jefferson Parish in suburban New Orleans, according to The Advocate report, saw a heroin death a week from January to October 2013.

"We have a record number of folks who are overdosing - and I hate the word overdosing because that suggests there's a proper dosage of heroin when there isn't," Edwards says. "But we have a record number of people who are overdosing on heroin and buying, and this knows no boundaries in terms of race, in terms of socioeconomic background. It's just become an epidemic and we're trying to do something about that. And my general feeling - I have to be honest with you - is that we punish drug users too harshly and perhaps even some folks who distribute some drugs too harshly. I do not believe that's the case with heroin based on what's going on on the street."