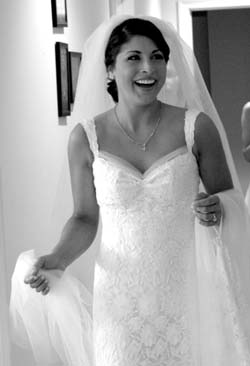 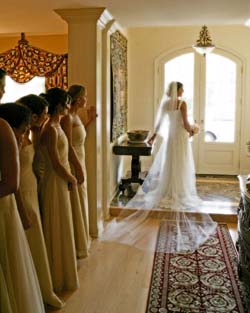 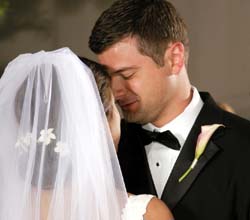 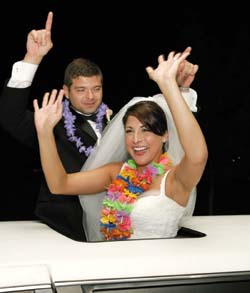 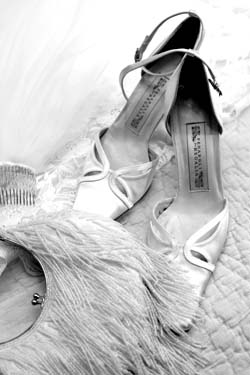 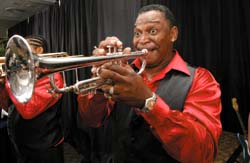 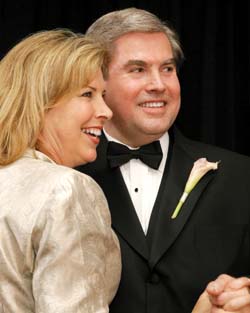 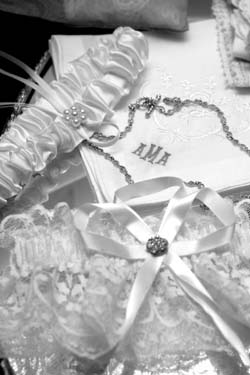 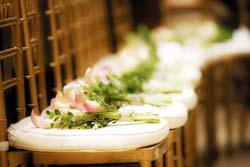 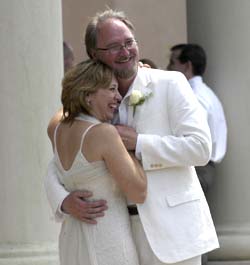 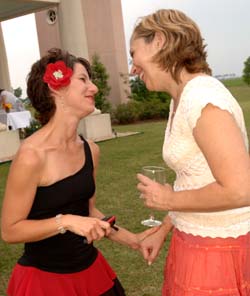 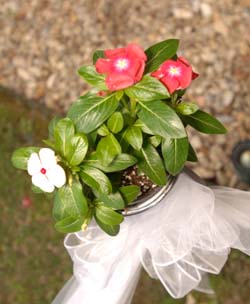 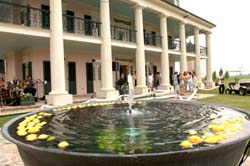 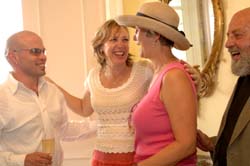 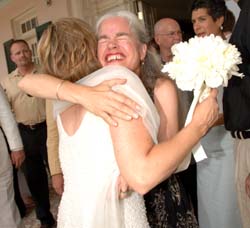 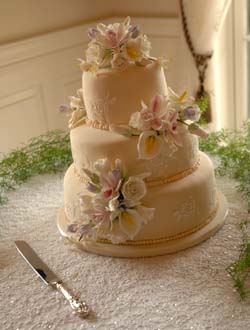 As prime wedding season is upon us, Party Girl's still looking for the man of her dreams, but that never stops me from missing Acadiana's most "notable nuptials." From destination weddings to traditional ceremonies to those personalized to perfection, I love 'em all. So I've decided to bring you the latest on the wedding scene as part of Party Girl's regular coverage; after all, aren't weddings the best parties?

After having a crush on Britton Mouton for about a year, Alicia Abdalla was excited when he finally asked her out on a date. "On our first date, I knew I was going to marry him," she says. Her fairytale wedding at the Cathedral of St. John in late May was the perfect culmination of four years of dating.

The bride wore her mother, Catherine's, vintage lace wedding dress, with a few alterations and the addition of a sweetheart neckline. "It was very special," says Alicia. "When you're little, you always dream about your wedding. I couldn't find a dress and tried hers on for fun. I loved it." Alicia left the rest to the wedding planners ' Frank Gerami, Dave Domingue and florist Joel Theriot ' who transformed the Cajundome Convention Center Ballroom into a Victorian garden.

The 10 bridesmaids wore strapless Vera Wang champagne-colored dresses and carried stephanotis, as did the bride. "It all blended really nicely," says Alicia, but adds, "It went by too fast." Her mother remembers the details, from the cake wrapped in ribbon and monogrammed with the couple's initials, the music of the Tip Tops and guests P.J. and Karen Naomi, Jimmy and Melissa Bienvenue, Ralph and Sherrie Kraft, Ray and Barbara Authement and Tom and Connie Galloway. After an unforgettable evening, the couple headed to Hawaii for a fabulous honeymoon. That's honeymooning in style!

On a perfectly lovely afternoon in early May along the Mississippi River levee near White Castle, restaurateur Cynthia Breaux and artist Steve Schneider were married at the wedding and lawn party of a lifetime. It was just the right occasion for Southern gentlemen to don traditional seersucker or white linen suits. The groom chose the latter and has never looked so handsome. (Not surprising though, as Party Girl took note in his LaGrange High School yearbook that Steve was voted "Mr. Vogue" in his senior year.) Isn't Cynthia lucky! Both bride and groom looked picture-perfect as they celebrated their nuptials at the plantation-style home of Lori and Pat Campisi, the bride's sister and brother-in-law.

"I was a little nervous at first, but once the ceremony started, I could feel the love from family and friends, and that calmed me down," says Steve. "I was excited that there were people there that hadn't seen each other in years, not to mention getting to marry the woman of my dreams." Cynthia was a stunning bride in a floor-length slinky, flared ivory silk dress covered with pearls and crystals, which swooshed gracefully as she turned to the minister during the traditional vows to query, "Obey, Oh, I don't think I can say that one!" Typical Cynthia, it was a light moment in a lyrical afternoon.

Ripe with laughter, the reception was a full-blown party. The music of Marce Lacouture & the Nouveau String Band drifted off the veranda, while guests danced on the lawn. Guests participated in traditional rice throwing as the bride and groom drove off in a not-so-traditional golf cart. Sonny Landreth attended with Megan Barra, who wore a classic shirtwaist dress of aquamarine shaunting silk. Heidi Nehrbass and David Alpha, Sandy and Karen Kaplan, Pete and Andrea Stevens, Michelle Vallot, Marcelle Bienvenue and Rock Lassier, Orhan McMillan and Gary Newman also enjoyed the afternoon's repast. The cakes, made by Novisi Haizel, were absolutely to die for!

"Great friends, family, my true love, Cynthia, and God made it one of the best days of my life," says Steve. Hold on to this guy, Cynthia!