A fourth continuance was granted Tuesday for the felony trial of Busted in Acadiana administrator Chris Hebert, this time because his lawyers withdrew from the case.

A fourth continuance was granted Tuesday for the felony trial of Busted in Acadiana administrator Chris Hebert, this time because his lawyers withdrew from the case.

Busted in Acadiana was Hebert's sleazeball attempt at making a buck by posting people's mugshots and arrest records online. Essentially, Hebert would remove people's mughshots from the site for a fee, though typically that would come after an individual would endure gross ridiculing from commenters and the additional posting of their personal information.

While bustedinacadiana.com is no longer active (at least not today), the Facebook page still exists. What's unclear is whether Hebert is still making money for the mugshot removal service.

Hebert's legal troubles stem from his October 2011 arrest on two counts of cyberstalking and one count of stalking - all of an alleged female victim.

Hebert was originally scheduled to stand trial July 9, but was "hospitalized" the night before, resulting in his first continuance in the case.

Then, on Sept. 3, a second continuance was granted after his attorneys - Stephen Spring II and Christopher Alexander of Baton Rouge - claimed they had a scheduling conflict because of an unrelated case slated for trial in an out-of-town courtroom.

After three delays, it seemed Hebert's trial would finally get under way with Tuesday's court date.

But once again the signs of yet another delay were apparent early this morning when attorney Spring entered the courtroom and headed straight for the chambers of 15th Judicial District Judge Glennon Everett with a folded piece of paper.

Spring, however, wasn't filing for a continuance; he was instead filing a motion to withdraw as Hebert's counsel, leaving the BIA mastermind with no legal representation.

Spring and Alexander have gained a reputation in recent years for filing high-profile "conspiracy" style lawsuits against public entities, and even filed a civil suit on Hebert's behalf against the Lafayette Police Department and Chief Jim Craft, alleging their client's felony arrest was the result of a conspiracy hatched as retribution for his creation of the Busted in Acadiana Facebook page. 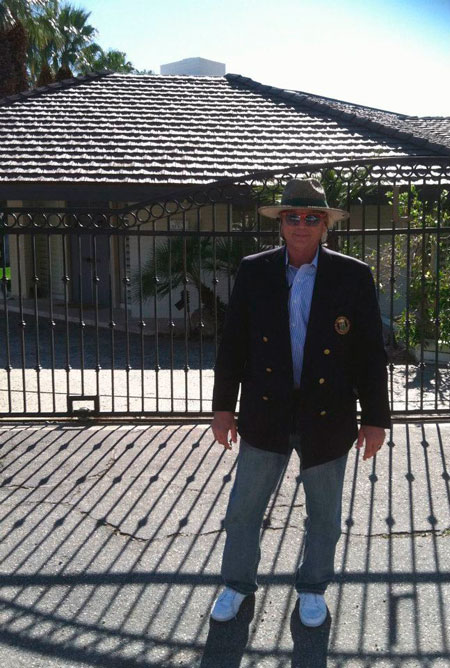 It now appears that Hebert can't afford legal counsel: "Mr. Hebert has been unable to meet certain financial obligations relative to funding this defense, such that continued representation would pose an unreasonable financial burden upon Counsels," reads Spring's motion.

Everett granted the request, though he didn't seem too amused, telling Hebert, "We're not going to sit on our hands for six months; it's incumbent on you to take care of your business in a timely manner."

Hebert now has a month to find an attorney before his next hearing on March 20, which is when he'll be given another trial date, his fifth in less than a year.

If convicted, Hebert faces up to two years in prison and fines of up to $3,000.