Despite a perceived (or real) lack of cooperation from New Zealand authorities, Robin and Ricky Wright still hope their daughter Danielle will turn up safe after months lost at sea.

[Editor's Note: Below this story read a recent email from Robin Wright updating the search for Danielle; also view a photo gallery from the Facebook page established in connection with the disappearance of the Nina and its crew.] 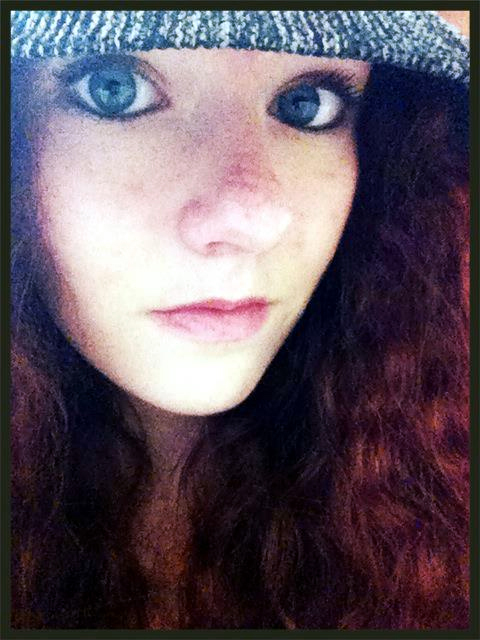 WELLINGTON, New Zealand (AP) - Here's how Robin Wright sees it: Her 19-year-old daughter Danielle is adrift on the Pacific Ocean but is keeping her spirits up with her six crewmates on their wooden sailboat, the Nina. They're collecting rainwater, rationing food, singing, telling travel stories and planning their next adventures. Heck, Wright figures, by now Danielle may even have gotten married to one of the three young men aboard. After all, the Nina's captain is a registered celebrant.

New Zealand authorities see it very differently: They believe the 70-foot (21-meter) schooner likely sank more than eight months ago after getting battered by a storm as the crew attempted to cross the Tasman Sea from New Zealand to Australia. That's when the boat's crew stopped using their satellite phone. A search turned up no sign of the vessel and they believe there's no real chance any of them are still alive.

But Robin and husband Ricky have found it hard to give up the search for their only child. The couple from Lafayette, Louisiana, have spent the last three months living in Australia and spearheading their own search, long after New Zealand authorities gave up. This month, Ricky Wright earned his pilot's license. His aim was to fly the Australian coastline in hopes of spotting something. Anything.

They've spent $600,000 to pay for private plane searches. The money has come not only from their own savings but also from fundraisers, friends, family, even their daughter's college fund. Deeply religious, the couple says God has kept them strong and determined.

"We cannot assume the boat sank without evidence, and we think it's highly likely that it did not," Robin Wright says. "We know there's a chance the boat sank. There is a chance. But do you assume the worst and stop searching?"

Still, the search has to end at some point.

On Tuesday the Wrights, speaking by phone from the Sydney Airport, said they were returning to the U.S after running out of money and were unsure if they would return to Australia. Still, they won't lose hope until the anniversary of the boat's disappearance.

"After a year, I think the chances are down pretty low," Ricky Wright says. "But we will not give up on them. We know other people have survived up to a year."

The Wrights remain unhappy with aspects of the official search. They believe it began too late, wasn't extensive enough, and failed to restart when they presented authorities with a grainy satellite image they believe depicts the Nina adrift. New Zealand searchers say they did everything by the book and cannot do anything more. They say the military reviewed the ghostly image and concluded it was nothing more than the foam from a wave.

"They have enormous faith that the boat is still out there, that they're catching fish and freshwater, and will sooner or later make landfall. Unfortunately, none of our very extensive and expert-led search efforts concurs with that view," Brownlee says.

"We sold everything and we went, and we don't regret it," Robin says.

She says while she and Ricky loved the tranquility, their daughter missed her friends and Facebook, and the Internet. So they sent her home every few months to reconnect and reduced a planned two-year voyage to 14 months.

The highlight for Danielle was a stop in Panama where she met David Dyche IV, one year her junior, who'd been raised aboard the Nina. The teens soon became inseparable and the parents also became close.

When captain David Dyche III and wife Rosemary last year called from New Zealand to ask the Wrights to help crew, Danielle asked if she could go alone, during a break from the University of Louisiana where she was majoring in psychology. Her parents weren't surprised - she'd grown to more appreciate her time sailing the Caribbean and also had become so independent.

They said goodbye to Danielle on Facebook the day before she set sail, and she told them how excited she was.

The Nina left from the tiny port of Opua in northern New Zealand on May 29 bound for Newcastle, near Sydney.

As well as Danielle and the Dyches, also aboard was Kyle Jackson, 27, who grew up on a Nebraska cattle ranch; Matthew Wootton, 35, a British musician and Green Party member; and Evi Nemeth, 73, a retired University of Colorado computer science professor who two years earlier had reroofed her own house. All loved the outdoors and adventure.

A few days out, Nemeth used the satellite phone to call a New Zealand meteorologist: The weather had turned nasty, she told him, and they were seeking advice to avoid the worst of the storm. The last known communication from the Nina was a text sent June 4: "Thanks storm sails shredded last night, now bare poles" followed by a course heading.

The text never reached its intended recipient and was only later recovered by satellite phone company Iridium. The Nina had an emergency beacon aboard, but it was never activated.

New Zealand searchers say they were first told the boat was missing on June 14. They began trying to communicate with the crew but were unsuccessful. On June 25, the day authorities calculated the Nina should have reached Australia, they began a two-week aerial search.

Nigel Clifford, the general manager of safety and response services at Maritime New Zealand, says they didn't get a plane up right away in line with standard international practice - without a distress call, they wait until a boat is overdue before beginning an aerial search because there could be any number of reasons why a boat loses its communications.

Clifford says a relative of another missing Nina crew member was present when searchers had to tell him they were abandoning the aerial search.

"He said that in his heart he couldn't accept what had happened," Clifford says, "but in his head, he could."

[Editor's Note: Following is a Feb. 3 email from Robin Wright to IND Media regarding the search for her daughter, Danielle.]

Ricky and I have not moved to Australia, but we have been here almost 3 months. We came initially to fly as spotters with Macquarie Air when we searched 7 days off Norfolk Island trying to find the boat image found by satellite. It was so disappointing not to find Nina. In 7 days, we only saw 3 freighters and 1 sailboat, so the center of the Tasman is truly sparsely traveled. It's also disheartening to realize that Nina can drift back into the area we've just searched while we sleep at night. She's a moving target...

Two weeks ago we flew over to New Zealand and met with the RCCNZ, the Minister of Transportation, an independent reviewer recently assigned the Nina case, and with the American Consulate, all separate meetings. TV NZ took us up to the Bay of Islands where Nina left from. We visited the marina in Whangarei where Nina spent 18 months before moving to Opua, and talked with the marina manager who said Nina had been thoroughly inspected while there for insurance purposes. We also met with the meteorologist, Bob McDavitt, who communicated with Nina the first part of their voyage. It was an exhausting week, and looking back at it all, it was good to make it all happen, but will it really effect the outcome? Probably not. RCCNZ still treats all information concerning their search, the capabilities of their search equipment, and the satellite analysis as if it were all top military secrets. And now it seems to be coming down to the issue that there were no New Zealanders on board. How sad...

We know it's a possibility now that Nina is stranded on a remote island or reef, but there are so many islands and so many miles that need to be covered, and expensive to do. Digital Globe is helping us by tasking their satellites to areas that we want to search, so maybe Nina will be found that way. Only God really knows.

Ricky takes his final flight test on Thursday or Friday, then I'm sure we will come home. We're tired and don't know what else can be done except wait for Nina to turn up.