On Friday, a district judge ruled that New Iberia City Councilman David Merrill can retain his elected office, despite having a felony conviction in 2003.

Conflicting opinions
Despite pleading guilty in 2003 to possession of cocaine and marijuana, New Iberia City Councilman David Merrill will be allowed to retain his seat following a ruling Friday from 16th Judicial District Judge Gerard Wattigny.

When Merrill pleaded in 2003, he entered a drug court probation program, and upon completion had his record expunged. Yet, according to District Attorney Phil Haney's office, state law requires convicted felons wait 15 years before being eligible to run for public office, unless they receive a governor's pardon.

In an interview with KLFY TV10, Merrill commented on Friday's ruling and the comparisons to Richard - who recently guilty plea in federal court for his attempted bribery of a potential candidate for superintendent - saying "[Richard] had bribery charges on him; he was not a good person. It made me nervous though. There are guys coming after me that had some situations in their life before and they want to be able to change and run for office and do things in their community."

As Judge Wattingy's ruling illustrates, the state's law restricting convicted felons from seeking public office is in need of some clarifying. Both Merrill and Richard pleaded guilty to felony charges. Both had their cases expunged. Both were elected to public office without waiting the required 15 years and without receiving a governor's pardon. Yet, when the validity of their holding public office went before a district judge, the outcomes were different, raising the question: Which judge's ruling was in line with the law? 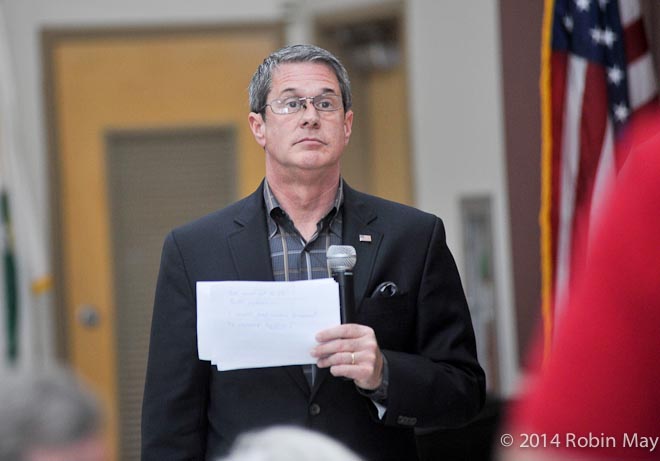 U.S. Senator David Vitter hears from a constituent Tuesday in Crowley who thinks America is in need of "armed insurrection."

Preaching to the choir
As expected, U.S. Sen. David Vitter's town hall sessions have focused largely on one topic: President Barack Obama and the supposed death of traditional American values. On Tuesday, Vitter addressed a standing room-only crowd in Crowley, and according to this post from Acadia Parish Today, his constituents seemed hell-bent on keeping the discussion aimed at Obama's Affordable Care Act.

The IND has learned from one source in attendance Tuesday that some attendees, so overwhelmed by the evil notion of universal health care, were calling for an "armed insurrection" of our nation's capital.

Here's what Vitter had to say: "Every president has faced and pushed the boundaries of office, but I think this president is on another planet in crossing the line he's crossing. President Obama has bent over backward trying to be liked around the world ... and we're not for the most part." 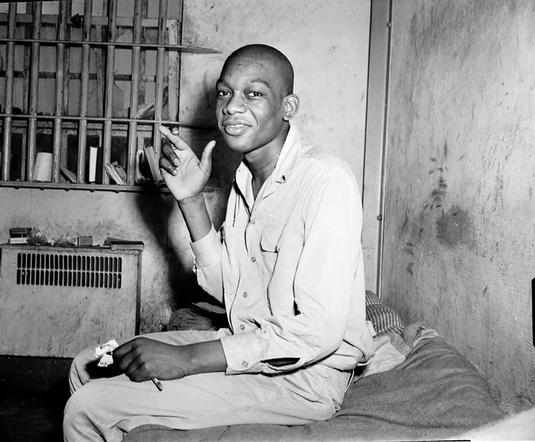 In Willie's name
When William Francis of St. Martinville was sentenced to death in 1946 for allegedly killing a pharmacist, it took two rounds in the electric to get the job done. And here's the thing, he was probably innocent, according to attorney Alan Durand, who won an Academy Award for his 2012 documentary "Willie Francis Must Die Again."

Now, according to this report from KATC TV3, there's an effort under way in St. Martinville to have a street named in Francis' memory.

"It is the kind of thing that shouldn't have happened and can never happen again," Durand tells the TV station. "It's good for us to remember it to make sure it never happens again. I think it's especially unique because all the evidence seems to point to the fact that Willie was probably innocent."

The idea was pitched recently to the St. Martinville City Council, which, according to Mayor Thomas Nelson, will research the legal requirements for changing road names before proceeding.