Stuller's Danny Clark focuses on satisfied customers and effective employees as he settles in as the company's president/COO.

Stuller's Danny Clark focuses on satisfied customers and effective employees as he settles in as the company's president/chief operating officer. 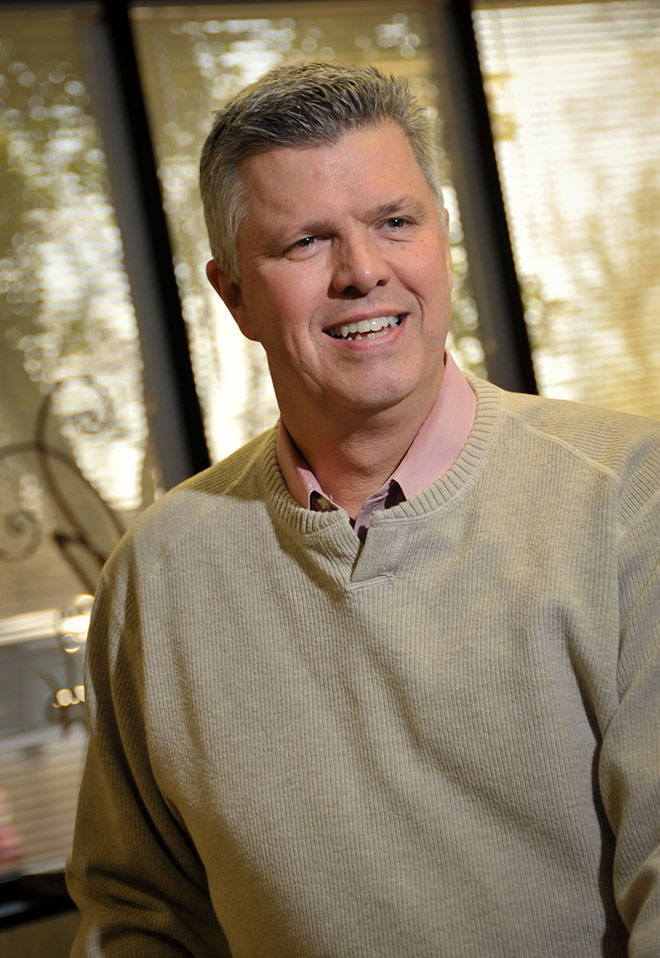 It's not uncommon to find Danny Clark gazing over the shoulder of a designer or popping in on a graphics meeting in the vast, Fort Knox-like campus of Stuller, the wholesale jewelry manufacturer and supplier on the south side of Lafayette. A North Carolina native who spent 25 years in management at Circuit City, the Stuller president/COO likes to roll up his sleeves and get to know employees.

"One thing about this building, from one end to the other, the skill set in here would really blow your mind," Clark says with pride for the company that perennially lands in the top five of ABiz's annual "Top 50" ranking of independently owned Acadiana businesses.
And yucking it up with a customer on the telephone? That's a Danny Clark specialty.

"It was great," Clark recalls of recent phone conversation he had with an independent jeweler in his hometown, Raleigh, N.C. (Clark's mother had stopped in the store and told the proprietor that her son is president of Stuller and the jeweler called Clark shortly thereafter.) "His store is in between Rex Hospital and Lake Boone Trail, and I was born in Rex Hospital. So, the conversation started off with, You know, I was born in that hospital right down the road,' and he said, My wife was born there, too.' And we were off and running."

Tall, fit and youngish looking at 54, Clark is an avid modern-fiction reader and tennis player who says he didn't travel outside the Tarheel State until he had completed his studies at the University of North Carolina. "We had the beach to the east and the mountains to the west so there was no need to leave, but I made up for that since then," he says. The making-up-for-that included 11 moves in 12 years as he worked his way up in the now-defunct Circuit City electronics chain.

Clark began as a part-time cashier at the chain right out of college and left as an executive vice president a few years before the company went bankrupt. That's a pretty steep climb.

"I'm very grateful for that experience; I really learned all of the skills to run a business there," he says of Circuit City. "The main thing I think that I learned there that transferred here is just working with people. I really learned all of the skills of working with different groups of people and how to lead projects and how to manage projects."

Clark says he also got the best business advice of his life from a mentor during his years at Circuit City. "It's something that's really stuck with me to this day. He said, I'm not focused on whether you're right or wrong, I'm focused on whether you're effective,'" Clark recalls. "So, I don't spend much time in business worrying about who's right or who's wrong; I spend a lot of time worrying about who's effective. We're always trying to move forward and trying to get better, but it's really about effectiveness."

That value on effectiveness has been put to the test since he was hired at Stuller. When the Great Recession began in late 2007, companies like Stuller that deal in luxury items understandably felt the effects as consumers' pocketbooks tightened. In 2008 the company laid off 45 employees - 2.5 percent of its workforce at the time - and realigned management. Just last April, citing a rise in couples choosing cheaper metals for wedding bands due to skyrocketing gold prices, the company shuttered a plant in Chattanooga, Tenn., and laid off about 40 workers.

But Clark, who was hired in 2009 as chief supply chain officer and worked his way through the position of chief merchandising/marketing officer before being named president/COO in November of last year, says the company took the worldwide economic downturn as an opportunity to innovate. One of those innovations was the creation of Interiors, a Stuller service that designs and builds stores for independent jewelers. Interiors debuted this year.

"The reality is, all companies were impacted by the recession and so was Stuller, but we really took a positive approach to that and used it to make the company stronger," Clark explains. "Did it hurt at the time? Sure it did. But today, things like Interiors came out of that innovation period. The way we looked at it is we said we need to get a lot better. What else can we do for the jeweler that we're not doing today? And that is a great example of something that came out of that. We were really focused on creating new value for the customer."

Ultimately that's what it's all about for Clark - the customer.

"Stuller really supports the independent jeweler, and that's typically a family-run shop," he says. "As the company has gotten bigger I think that's a challenge of ours, but it's just like this phone call that came in to me [from the jeweler in Raleigh]: I loved it; it's a classic call. And I talk to a customer almost every day."